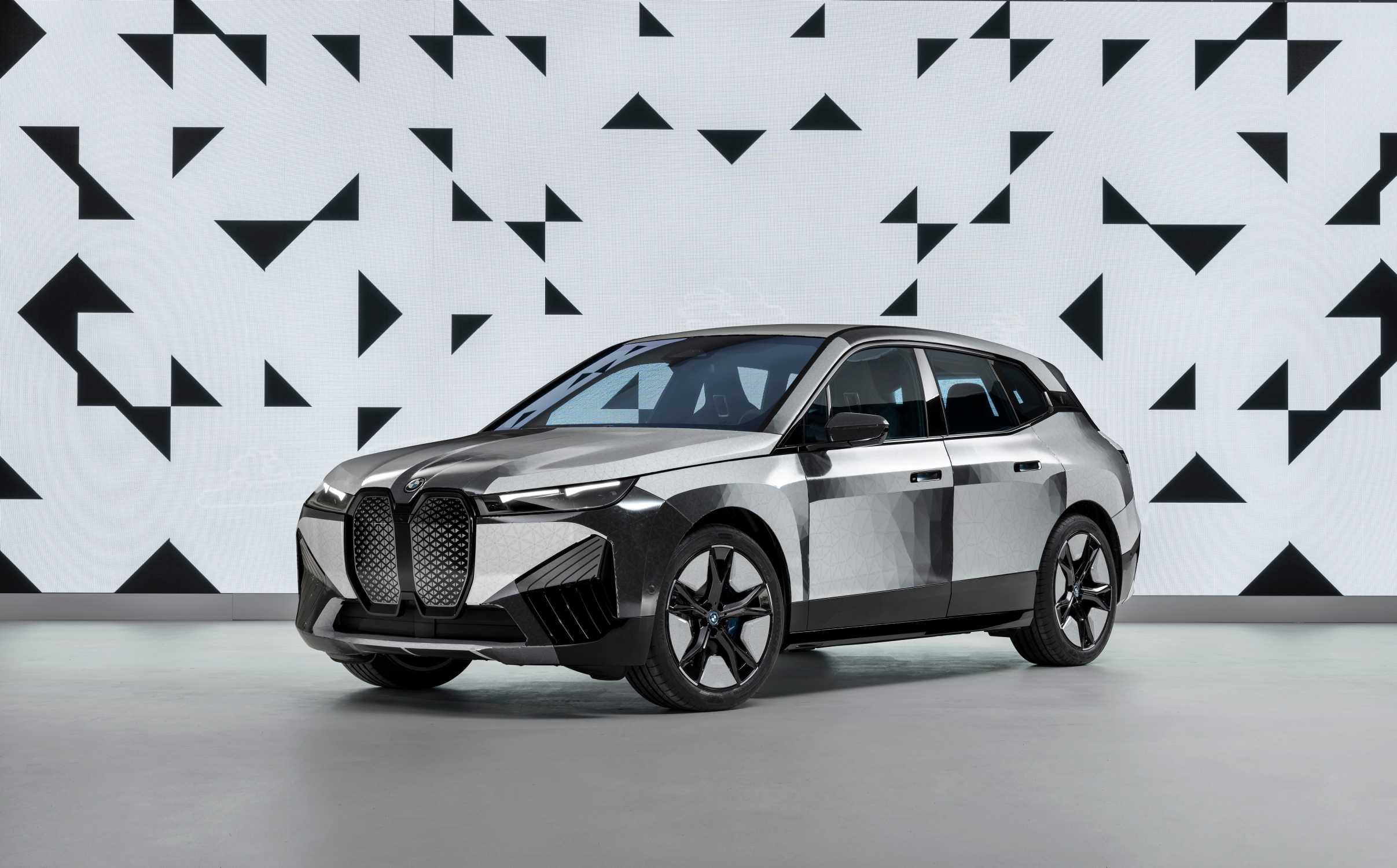 Imagine a BMW that’s black during the day and white at night. The BMW iX Flow was used to demonstrate E Ink that can vary its shade at the driver’s prompting. The fluid colour changes are made possible by a specially developed body wrap. When stimulated by electrical signals, the “electrophoretic technology” brings different colour pigments to the surface, causing the body skin to take on the desired colouration. Just don’t let anyone bump into it.

Samsung has combined several existing technologies into one new package. Quantum Dot is usually reserved for LED displays because companies couldn’t get OLED diodes small enough. Samsung has managed to break this barrier with the OLED QD-Display, which is also bezelless. In short, it enables more colour accuracy, brighter screens, and increases display longevity.

At CES last year, Samsung released a remote that had solar panels on the back to recharge without needing to change batteries. This year, they’ve improved the concept by adding functionality to recharge the device from radio frequency signals emitted from Wi-Fi.

Smartphone tech: OnePlus 10 Pro (one of the firsts with Snapdragon 8 Gen 1)

CES is rarely about smartphones, but OnePlus chose to get a head start before next month’s Mobile World Congress. It announced its new flagship, featuring Qualcomm’s latest Snapdragon 8 Gen 1 chipset for powerful performance, a 120Hz OLED display, 80W charging, and a 5000mAh battery.

Second generation of TCL’s wearable, weighing 30% less and designed for commuters, anyone travelling for work, or on a flight. With dual 1080p micro-OLED displays, it creates an expansive, immersive viewing environment, which is the equivalent of watching a 140-inch screen, 4 meters away – similar to being in a movie theatre.

Withings has created a scale with a retractable handle, which can take ECG readings while one weighs themselves. This handle also helps for a full body scan, since scales with electrodes on the feet tend to only measure the lower half of one’s body. Withings says the Body Scan will use “multi-frequency” scanning as the handle provides two more points of contact.

The next iteration of virtual reality gameplay is here. Sony announced the successor to PS VR, keeping the naming simple: PS VR2. The controllers are redesigned to be more symmetrical, the headset’s display covers a wider field of view, and have eye-tracking for each eye to make gameplay more responsive.

Robots get practical. CLOi is a door-to-door delivery robot powered by artificial intelligence. It flopped on stage at CES, but that’s hardly unusual. It is described as a ServeBot and comes in drawer and shelf variants, to deliver goods inside hotels, hospitals and restaurants, delivering in the correct order, and following the most efficient route possible.

Samsung’s spotlight-style portable projector can project 1080p video at up to 100-inches. It has a built-in 5W 360-degree speaker, and when it’s not in use, it can be used as an RBG speaker with its opaque lens cap. It’s not battery powered, but it can be powered with USB-PD power banks which supply 50W/20V.

Cloud Alpha Wireless offers the longest-lasting battery in a wireless gaming headset with up to 300 hours of battery life on a single charge. The headset provides an immersive audio experience with DTS Headphone:X and utilises custom-designed Dual Chamber Technology and HyperX 50mm Drivers that feature a slimmer, lighter design than the original wired version.

Vinyl is back, yet again. The newest additions to Crosley’s line of high-end turntables, the T160 and T170 Shelf Systems offer the listening experience and sound integrity that long-term hobbyists expect in a turntable. Both feature an aluminium tonearm with a pre-mounted moving magnet cartridge and an updated needle to produce a warm, rich sound out of the matching stereo speakers. Has a built-in Bluetooth receiver.

The eVscope 2 integrates newly developed technology and features Nikon’s Electronic Eyepiece, providing an unprecedented level of visual definition and clarity in a consumer digital telescope. It leads the charge in what is being called the New Astronomy.

InWith Corporation has demonstrated an electronic soft contact lens platform designed for the masses to wear comfortably. The first applications of the technology will be “tunable vision” via mobile device and “augmented vision” for virtual worlds, coupled with mobile device control.