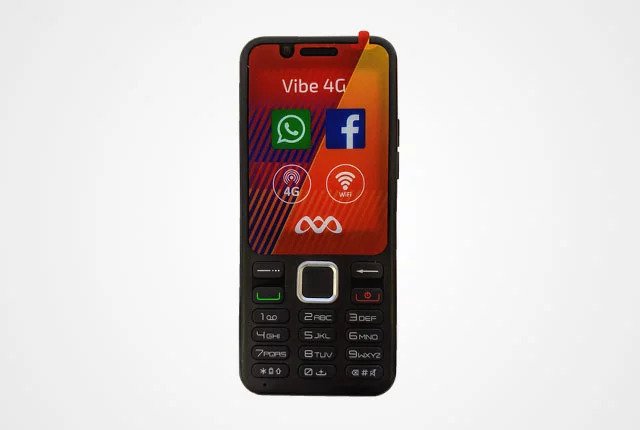 Today, Vodacom launched a 4G smart feature phone, the Vodacom Vibe 4G, at only R299. The mobile operator says the device is designed for customers who are looking at getting their hands on a smart yet affordable device, and to help them connect to social media platforms.

Using 4G equates to a faster social media surfing and instant messaging experience, as well as enabling Voice over LTE (VoLTE), which ensures calls can be made in some cases when the 2G network is unavailable. The device also has Voice over Wi-Fi (VoWiFi) capability, which enables users to make calls using a Wi-Fi network for better-sounding voice calls.

“In the past six years, smartphone penetration has doubled from 30% to 60% as customers migrate from 2G devices to 3G and 4G smartphones,” says Davide Tacchino, terminals managing executive at Vodacom. “To further drive this transition and help bridge the digital divide, we have now introduced South Africa’s first 4G feature phone for just R299, having launched the country’s first smart feature phone with a traditional keypad during the course of last year.”

Vodacom says that its focus is not only on selling mobile devices, but it is also determined to create an ecosystem, enabling its customers to access educational content through Vodacom’s e-School as well as entertainment content, through Video Play.

Vodacom Vibe 4G retails at R299 at Vodacom stores and other participating outlets. Customers purchasing the device will also get 150MB of data, per month over 12 months. This will keep customers connected and, at the same time, allow them to experience the functionality of 4G connectivity.