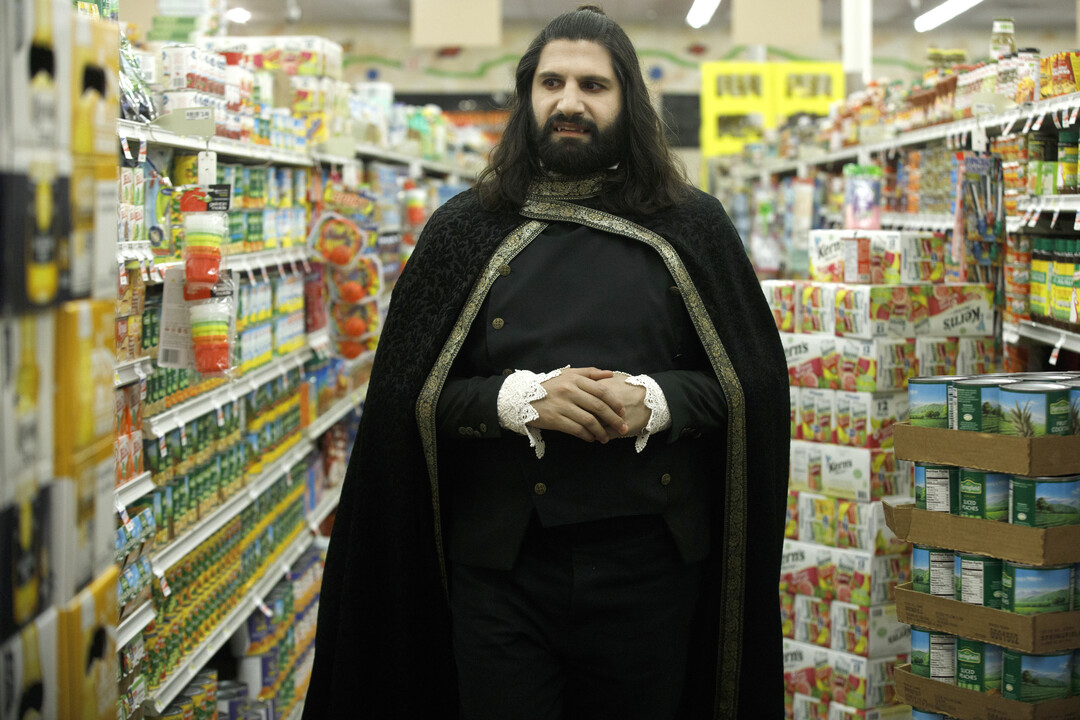 You can now sink your teeth into Season 3 of the fiendishly funny vampire mock-doc, What We Do in the Shadows, which was just nominated for Best Comedy at the 2022 Critics’ Choice Awards.

The New York Times calls the Showmax favourite “genuinely ha-ha funny,” saying, “If you are feeling a bit frayed right now and want something brilliant and silly, a true pleasure, watch this.”

Based on the 2014 cult movie from the batty brains of nine-time Emmy nominee Jemaine Clement (Flight Of The Conchords) and Oscar winner Taika Waititi (Jojo Rabbit, Thor: Ragnarok), What We Do in the Shadows follows four vampires who’ve “lived” together for hundreds of years – plenty of time to get on each other’s nerves.

At the 2022 Critics’ Choice Awards, Kayvan Novak is up for Best Actor as Nandor, with Harvey Guillén up for Best Supporting Actor as his vampire hunter familiar, Guillermo. What We Do In The Shadows has also been nominated for 10 Emmys, including Best Comedy, and has won eight international awards, including Best Actress in a Science Fiction/Fantasy Series for Natasia Demetriou as Nadja at the 2021 Critics’ Choice Super Awards. Matt Berry and Mark Proksch were also nominated for 2021 Critics’ Choice Awards as Laszlo and energy vampire Colin Robinson respectively.

Season 3 has a 100% rating on Rotten Tomatoes – their 11th highest-rated series of 2021. As the critics’ consensus there says, “Carried on the wings of its cast’s incredible chemistry and the strongest writing of the series so far, What We Do in the Shadows‘ third season is scary good.”

The Season 2 finale saw Guillermo create a leadership vacuum in the Vampiric Council – and, in a surprise twist, Season 3 sees Staten Island’s oldest and most inept housemates promoted to the upper echelons of the undead job market.

As executive producer, writer, and 10-time Emmy nominee Paul Simms (Atlanta, Girls) says, “These vampires can’t agree on anything, so seeing them try to rule and have power and be the judge and jury together is very funny.”

Especially since there’s only one throne. “It does pose some complications within their own relationships,” says four-time Emmy-nominated executive producer and writer Stefani Robinson (Fargo, Atlanta). “Nadja and Nandor have a bit of a power struggle.”

Kayvan says, “Nandor finding himself on the Vampiric Council with Nadja, where we have this kind of mutual respect for each other? …Yeah, that doesn’t happen.”

“There’s always tension,” says Natasia, “because now they have to actually work together and make decisions together. And Nandor is needier.”

Speaking of Nandor’s, er, needs… “In this season, we discover how lonely he actually is,” Paul says, “which leads to a real existential crisis.”

How to go about wooing the object of his affections, though? As Nandor himself admits, he’s never been very good at talking to women. Fortunately, that’s what wing-men are for. Less fortunately, Nandor’s wing-men are Laszlo and Colin Robinson…

Every good vampire yarn needs tragedy, horror… and a good bromance. An unusual friendship develops between Laszlo and Colin Robinson this season, which leads Laszlo to make a shocking discovery.

“This year I am turning a hundred years old,” Mark says of his character Colin. “There’s so much I want to know. Where do I come from? How did I become an energy vampire?”

Mark promises that his character’s twist “will be very funny to fans of the show,” but adds ominously, “It will be endlessly creepy to my wife and family.”

The delicious line-up of guest stars this season – some friends, some foes, some food – includes Emmy-nominated comedy genius (and the voice of Gravity Falls’ Mabel) Kristen Schaal, who’s back in a major way as The Guide, along with the likes of Emmy nominees Aida Turturro (The Sopranos) and Scott Bakula (Quantum Leap). Taika himself puts in an appearance as Vampiric Council spokesperson Viago, while multi-award-winner Doug Jones (The Shape of Water, Pan’s Labyrinth, Star Trek: Discovery) makes a surprise return as Baron Afanas.

You can also look forward to the vampire from which all vampires have descended, a tempting Siren, gargoyles, werewolf kickball, and other supernatural curiosities, not to mention Atlantic City casinos, wellness cults, ex-girlfriends, and gyms.

As Decider says, “FX’s mockumentary series featuring the world’s dumbest vampires… has been one of the best comedies on TV since it premiered in 2019. But Season 3 felt like the show’s breakout year.”

Find out why on Showmax: https://www.showmax.com/eng/tvseries/urkn6mpb-what-we-do-in-the-shadows

How To Ruin Christmas: The Funeral – Out now on Netflix