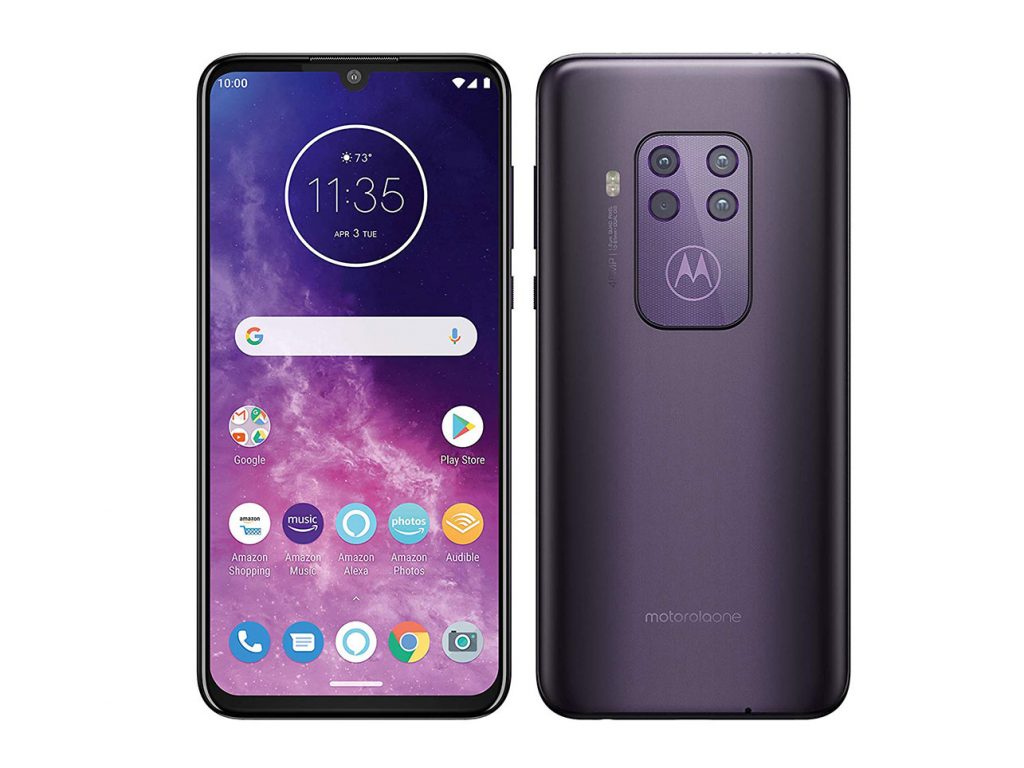 The latest device from Motorola, the One Zoom, is a competitively-priced mid-ranger with the quad-camera photography specifications of a flagship. Alongside the standard-wide, ultra-wide, and depth-sensing cameras found on its sister model the G8 Plus, the One Zoom is the first Motorola smartphone to feature a tele-lens. It captures video at up to 4K resolution and there’s a large 6.39-inch Super AMOLED display for reviewing images and videos. Built on the Snapdragon 675 chip set, it isn’t quite as powerful as a top-end flagship, but even so, it offers some impressive specs at an attractive price.

For scoring and analysis in our smartphone camera reviews, DxOMark engineers capture and evaluate over 1600 test images and more than 2 hours of video both in controlled lab environments and in natural indoor and outdoor scenes, using the camera’s default settings. This article is designed to highlight the most important results of its testing.

With an overall DXOMARK Camera score of 87, the One Zoom ranks as the best Motorola device we’ve tested to date, surpassing the Moto Z2 Force and G7 Plus at 82 and 80, respectively. All three remain some ways off the pace compared to the best performers at the top of our database, however, and overall the One Zoom offers comparable image quality to such older devices such as iPhone 7 Plus at 88 and the Samsung A50 at 86.

Securing a Photo sub-score of 92 points, the One Zoom is a nice improvement in still image quality compared to the Moto G7 Plus. The addition of the tele-lens certainly helps in the zoom category, and slightly better results for exposure, bokeh, wide-angle shots, and artifacts make the One Zoom an attractive upgrade for Motorola enthusiasts. Exposures are accurate in well-balanced lighting conditions, with good contrast ensuring pleasant results in many images. Detail is generally acceptable in outdoor and indoor images, too, but oversharpening creates an aggressive pattern effect and there’s more visible noise compared to top-performing devices.

Exposure isn’t quite as good in challenging lighting, with limited dynamic range resulting in highlight and shadow clipping, and backlit scenes tend to be underexposed. Color is also an opportunity for improvement. While white balance is generally stable, a slight yellow cast is usually visible; and although color shading is well controlled, color rendering is often inaccurate, which can make skin tones look unnatural. Autofocus performance is also a little mixed, as good accuracy ensures shots are always in sharp focus, but a 500ms delay between requesting focus and capturing a shot is slower than much of the competition. Wide-angle shots are just about acceptable, but they tend to be underexposed, with low detail and visible artifacts such as color quantization. Exposure is good using flash mixed with additional light sources, but the lack of dynamic range with the flash turned off is a problem for night shots due to significant highlight clipping.

Detail holds up pretty well in zoom shots in bright light when shots are in focus, but we did observe some autofocus instabilities using zoom in the lab. Oversharpening and quite a lot of noise indoors and in low light are visible in zoom shots, too. In Portrait mode, the simulated background blur effect is strong but pleasant, and although some masking errors are visible in complex areas, depth estimation is generally accurate. Artifacts are mainly well controlled, too, with the main issues being ringing and a loss of sharpness towards the corners, which is visible in most images.

For video, better scores for exposure, autofocus and stabilization have improved the One Zoom’s performance over the G7 Plus. Its main strengths are effective stabilization when shooting handheld and keeping the camera fairly static, but it’s not quite as good with walking and panning scenes, when frame shifts commonly occur. Noise is well controlled in indoor and low-light videos, but detail is fairly low, with heavy oversharpening again visible. Autofocus is repeatable in all lighting conditions, but tracking could be improved, as there are noticeable steps or jumps visible as you try to keep a moving subject in the frame. Color is again a key opportunity for improvement with video on the One Zoom, with inaccurate rendering in most videos, as well as a blue/green color cast when shooting outdoors.

The One Zoom’s quad-camera setup with its ultra-wide, telephoto, and depth-sensing sensors makes Motorola’s latest device an attractive proposition for budget-conscious smartphone photography enthusiasts. Accurate autofocus, nice exposures in well-balanced lighting, and a pleasant blur effect in bokeh shots ensure that it’s capable of some nice results, too. However, improvements to the performance of the zoom and ultra-wide cameras, as well as better color rendering and dynamic range, are needed before Motorola will start to challenge devices in the top half of our database.

The original article can be found here.

Related Topics:DxOMarkproduct of the day
Up Next