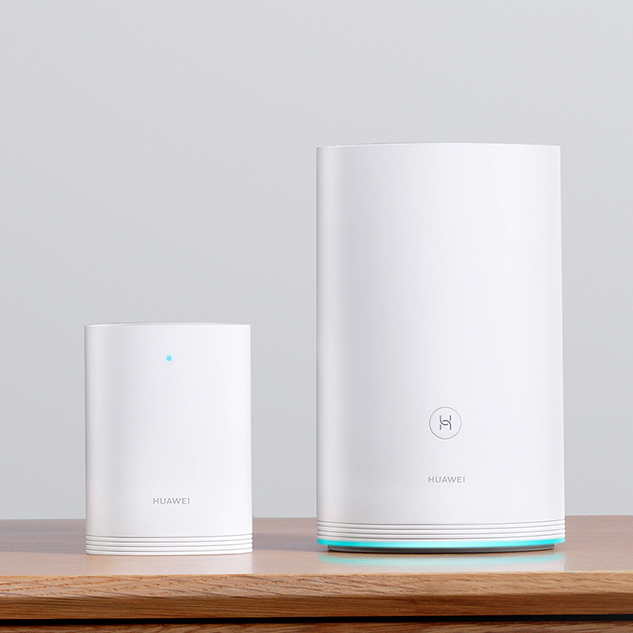 The Huawei WiFi Q2 Pro three-pack hybrid utilises both mesh Wi-Fi technology and PLC turbo technology – which combines the best of both worlds. This hybrid consists of a main station and two secondary routers. The secondary stations can be plugged into a wall socket anywhere around the home to cover areas of poor signal and bring full-speed broadband to that location.

The PLC Turbo technology differs from traditional PLC modems, as it has a three-pin plug, which means the modem is less affected by electromagnetic interference from other household appliances. The Q2 Pro can also monitor interference from neighbouring Wi-Fi networks in real time and automatically switch the user’s Wi-Fi network to channels with the least interference.

In addition, PLC networking addresses the issue that Wi-Fi signal strength decreases significantly when it passes through walls, as PLC networking does not have to go through walls. This can help maintain excellent broadband speeds of up to 200Mps in every corner of the home, reducing frustrations related to a loss of signal and intermittent Wi-Fi coverage when moving around your house.

The router can be configured through the use of the Huawei AI Life app. Users can plug in the device, and the WiFi Q2 Pro’s secondary routers will automatically sync the Wi-Fi network’s name and password from the base router, ensuring an easier set up.

Users with very large homes, such as bed and breakfast establishments for example, also have the option to further improve the coverage by purchasing additional satellites. One HUAWEI WiFi Q2 Pro base can support up to 15 secondary routers simultaneously.

It also has advanced security features to protect the user’s home from hackers or people who want to covertly use their Wi-Fi. If someone attempts to crack the user’s Wi-Fi password using brute force cracking software, the router will recognise it and automatically blacklist them.