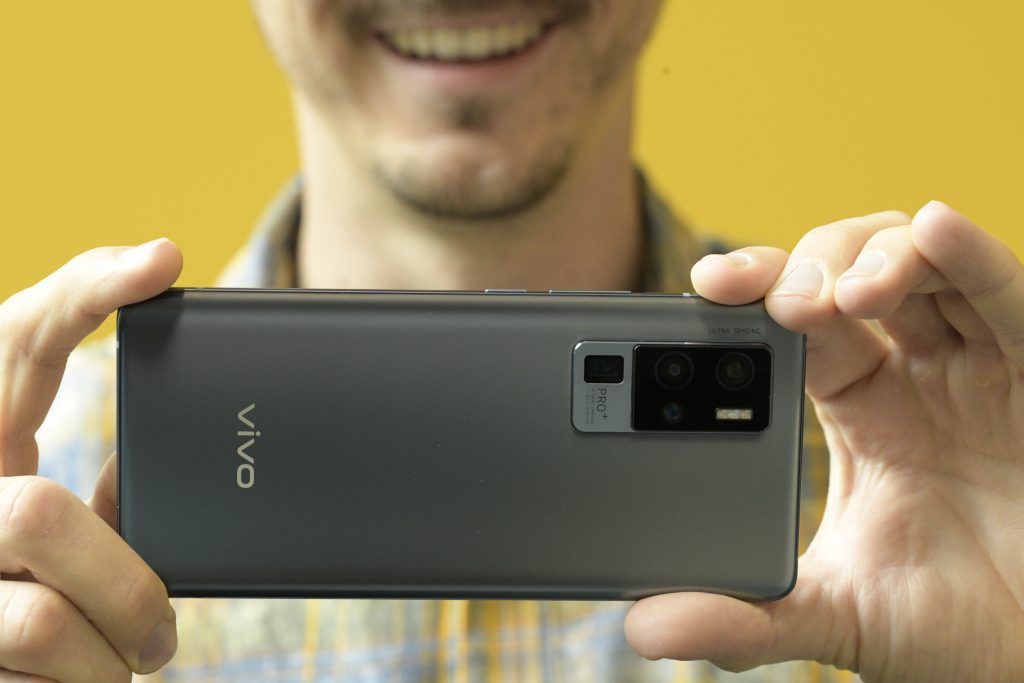 Vivo’s latest flagship phone, the X50 Pro+, pushes hard into high-end territory with specs that go toe-to-toe with phones at the top end of the market. The Qualcomm Snapdragon 865 chipset outruns the 765G processor in the Vivo X50 Pro (an entirely different phone despite the similar labelling). It features 5G connectivity, a 6.56-inch AMOLED high-density screen, and configurations with 8 to 12 GB of RAM and 128 to 256 GB of UFS 3.1 storage.

The X50 Pro+ has a quad camera setup like the older X50 Pro, but does not offer that phone’s remarkable gimbal-based stabilization. Its specs are nonetheless promising, featuring a 50 MP main camera with conventional OIS that bins down to 12.5 MP output.

The longer of the two tele modules has some serious reach with a 124 mm-equivalent focal length. The mid-tele unit puts a 32 MP sensor (binned to 8 MP output) in front of a f/2.1 lens, again faster and higher-res than the X50 Pro. The wide camera has a 16 mm-equivalent field of view, with a resolution bump over the X50 Pro to 13 MP.

DxOMark provided the following review of the Vivo X50 Pro+:

The Vivo X50 Pro+ achieved a DxOMark Camera score of 127, an impressive performance that lands it in third place in our rankings behind the Huawei P40 Pro and the top-scoring Xiaomi Mi 10 Ultra.

Its Photo score is a very strong 139 (behind only the two front runners just mentioned), with the X50 Pro+ delivering very strong performance across the basics in our tests. Target exposure is generally accurate, as are white balance and color rendering. Dynamic range is wide, holding detail well in both shadows and highlights in high-contrast situations. It’s rare to encounter scenes that throw the X50 Pro+ for a loop.

The Vivo X50 Pro+ also delivers excellent video performance, achieving a DxOMark Video score of 104, again just behind the first and second place Xiaomi and Huawei (with 106 and 105, respectively). It was tested at its 4K 30 fps sweet spot (although it can also record 8K video). Exposure is generally accurate. The deft balance of detail and noise seen in stills output carries over to video, with video holding fine detail effectively while keeping noise in check. Autofocus is fast and tracks moving objects efficiently. Stabilization is nicely effective. There are some color cast issues, especially indoors; and color saturation outdoors, especially vegetation, could be better. Stabilization sometimes induces frame shift, but overall the video performance is praiseworthy.

For in-depth explanation of scores and image comparisons to other devices, visit DxOMark’s website.