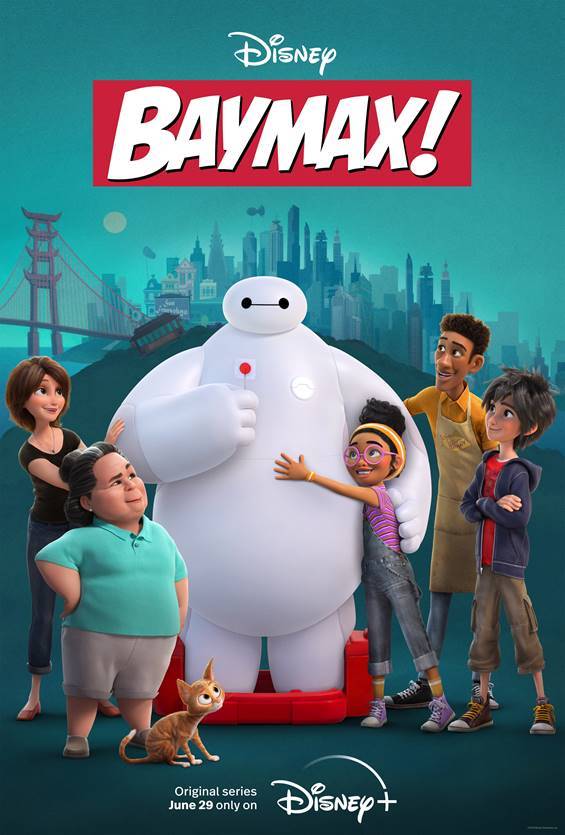 Disney+ has released a new trailer and key art for Walt Disney Animation Studios’ Baymax! streaming exclusively on Disney+ on 29 June. The new series stars an affable, inflatable, inimitable healthcare companion robot, Baymax, who sets out to do what he was programmed to do: help others.

“I thought it would be fun to do a Disney+ series with Baymax interacting with normal folks,” says series creator Don Hall, who helmed 2014’s Oscar-winning film Big Hero 6. “In each of our six episodes, Baymax just wants to help someone—and a lot of times they don’t want to be helped. He sets out to fix a physical issue that he’s identified, and in the process, gets to a deeper, more emotional place and can be almost transformative in that role.”

For more, visit disneyplus.com or download the Disney+ app.