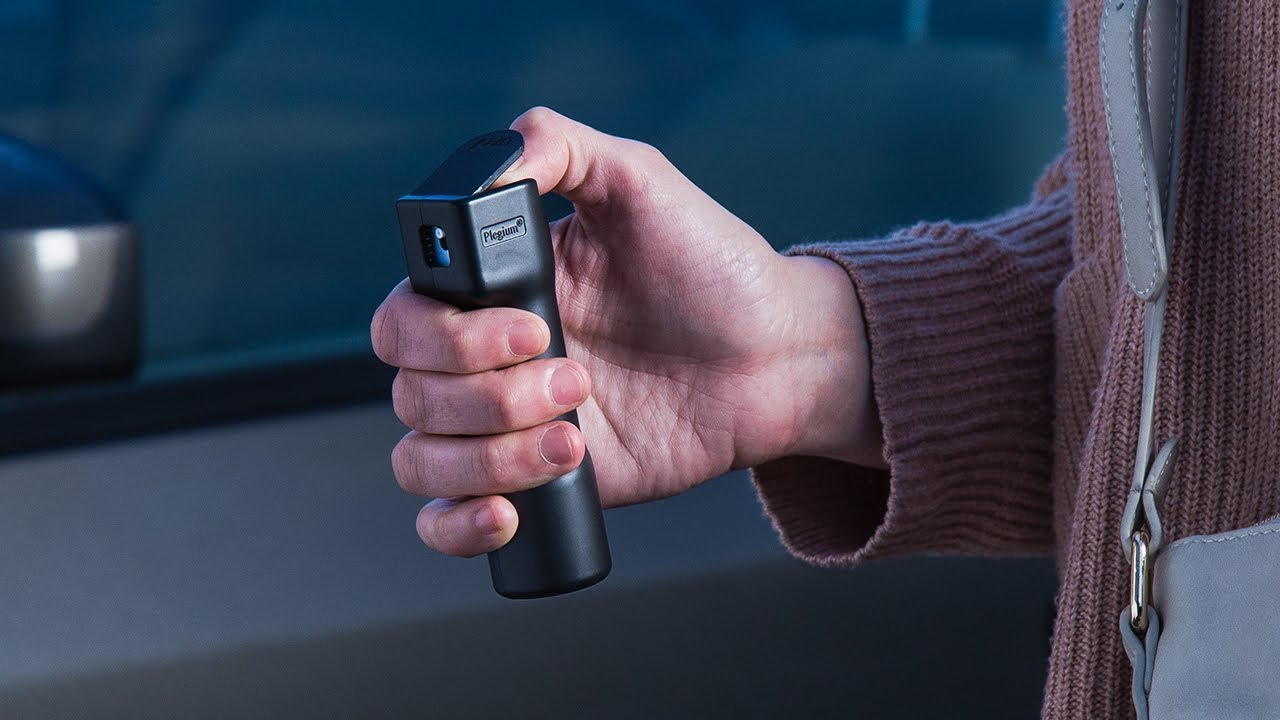 Pepper spray, tasers, and whistles protect the previously defenseless from attackers and sinister situations. When pepper spray is released, an attacker is stunned by coughing fits, inflammation around the eyes and temporary blindness. This effect is not permanent, but it gives a user enough time to flee the situation.

Traditional pepper sprays have worked well – and work even better when a user is connected to others. Enter the Plegium Smart Pepper Spray: a can of pepper spray that houses a high pitched alarm, LED flashing strobe lights, and automatic notifications to loved ones when the spray is used.

The smart pepper spray links to a Plegium app, which is available on iPhone and Android. The pairing process is pretty easy – users need to enter a four character code, that is found on the pepper spray, into the app. Thereafter, we added emergency contacts into the app so people could be contacted when the pepper spray was used.

We tested out the features of this device in an open field and sprayed the device in the direction of the wind. A test was conducted against a generic pepper spray purchased from Takealot. The generic pepper spray was only useful in closer contact, while the smart pepper spray’s spray travelled around three times the distance. While we couldn’t measure an exact distance, we estimate that it worked up to 3.5 meters away.

An LED array is fitted around the nozzle of the pepper spray. The lights flash like strobe lights, which helps disorient the attacker, while providing a light source for the user, to help with aiming the device.

The siren is one of the most intense features we’ve yet seen in a gadget. It’s a 130dB siren that plays a high pitch siren and scream alarm. The former is a standard siren to attract anyone who’s around, and the latter is the sound of someone screaming, but at a much louder volume than I could ever scream at.

Overall, the device is a solid improvement on the standard pepper spray, and enhances the safety of users through its smart app functionality. The device can be purchased from Smart Pepper Spray SA.