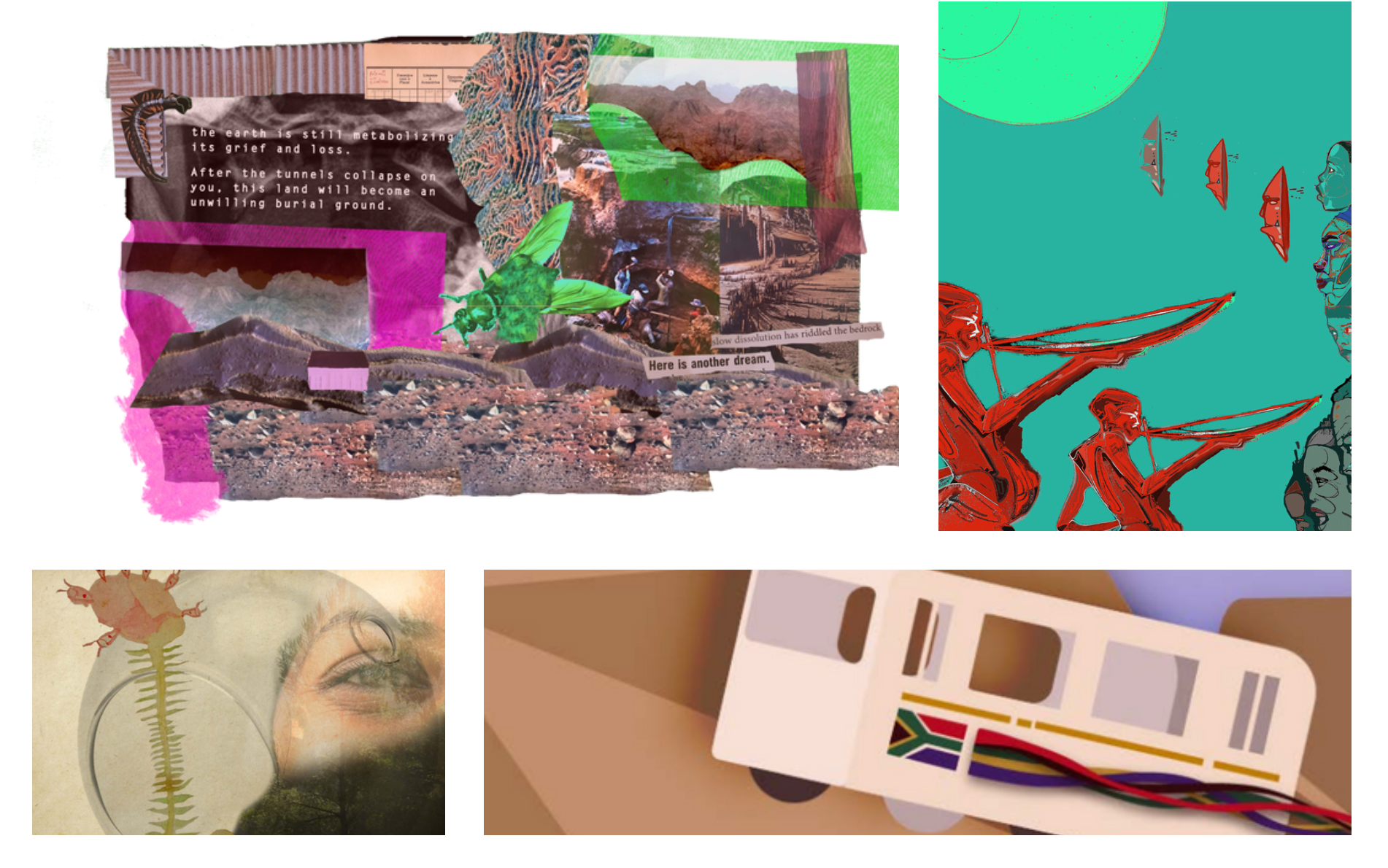 Our Move Next, holds the stories of 19 writers, and 8 visual artists in an open-source e-anthology created during the pandemic. By using speculation as a broad narrative device, Our Move Next lifts the cultural (and personal) fears and desires that are held in our collective imaginations. The ebook is available for free download and compatible with laptops, kindles and cellphones. It is an easy and accessible storybook to carry around on your phone and read when you have time on your hands.

Curated by the team at Backyard Pitch Production, led by Sarah Summers and Kelly Eve Koopman, with the support of Vasti Hannie who is also a featured writer in Our Move Next. Kelly Eve and Sarah have worked together on a range of cultural art and activism, most popularly Coloured Mentality, the New Normal Game and were instigators and collaborators among the queer team behind the #weseeyou occupation of the Camps Bay Mansion. Kelly Eve is also well known for her previous literacy works, Because I couldn’t Kill you and co-curator of They Called Me Queer. The pair felt that this kind of imaginative work was an important project that focused on ideation, holding space for like minded writers, artists and readers to remember our gifts to see beyond the current despair.

Speculative Fiction as a genre and as a potentially transformative practice, allows us infinite options in re-imagining the consensual realities that frame our worlds and then respond to and act on these imaginings.. To echo maverick environmental justice warrior Wangari Maathai, one of our continent’s most powerful and celebrated activists;

“There comes a time when humanity is called to shift to a new level of consciousness , that time is now.”

The intent behind this collection, and the work reflected within it does not seek to pursue false positives, or encourage overt optimism at the prospect of building out of the systemic ruins we find ourselves living within. We come into the work of imagining anew, coming with all we have been and everything we carry, and collectively, courageously visioning with and through it. In the words of the late bell hooks;

To be truly visionary we have to root our imagination in our concrete reality while simultaneously imagining possibilities beyond that reality.

The contributions offered in this book reflect a remarkable propensity and pervasiveness of speculative genre interpretations that explore visceral ancestral connections, spiritual alternative realities; , between progeny and ancestry through varied African perspectives. We have come to understand the work as a possible digital folklore. A range of tales and imagery that is grounded and speculated. Across the submissions, the presence of the spiritual realm, the ancestral plane and new mythologies with touches of science fiction has emerged as paramount; revealing the defining power of our cosmologies on our lived experience. The painful and occasionally healing excavation of intergenerational legacies may hopefully imbue the current moment with presence, compassion and momentum towards futures of our own imaginings.

In this anthology, we collectively offer catharsis, cautionary tales, hidden hopes, spiritual beliefs or dreams of the future, past or parallel present. We hope this offering finds a home in the hearts, harddrives and ethereal playgrounds of those who have been building the world, fighting injustice and soothing historic hurts.