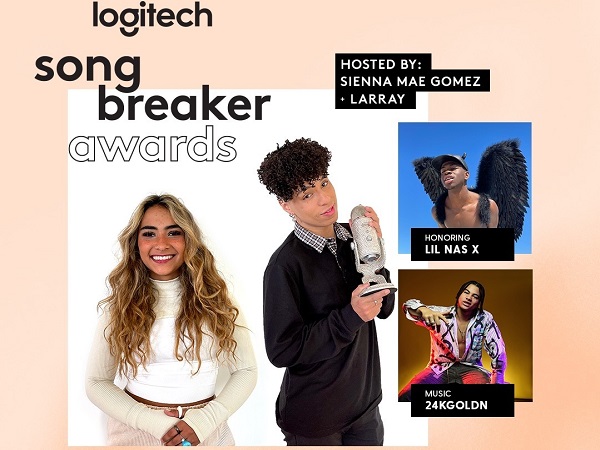 Billboard and Logitech For Creators have unveiled the Song Breaker Chart, a music industry-standard ranking of creators who are driving music consumption through content creation. This new monthly chart is the first of its kind to give credit to creators, recognising their role in helping songs break into the Billboard charts through memes and dance challenges originated or amplified on social media by the creators.

The Billboard Song Breaker Chart is inspired by Logitech’s Song Breaker Awards, held earlier this year ahead of the Grammys to celebrate creators and their role in curating our music playlists and pop culture. In collaboration with TikTok, Logitech honoured originators such as Jalaiah Harmon (@jalaiahharmon) creator of the “Renegade” dance and Keara Wilson (@keke.janajah) creator of the “Savage” dance. Other creators will also be recognised, like amplifiers who are responsible for amplifying the challenges to their audiences, such as Larray (@larrayeeee) and Michael Le (@justmaiko). Following the successful awards show, which had more than half a million viewers, Billboard and Logitech recognized the need to spotlight creators’ impact on the music industry throughout the year, and developed the Song Breaker Chart.

“We’re excited that this partnership with Billboard is taking what we started with the Song Breaker Awards a step further,” says Meridith Rojas, global head of entertainment and creator marketing at Logitech For Creators. “The Song Breaker Chart is the music industry recognizing creators as pop culture powerhouses, and celebrating TikTokers who propel songs into the music charts with dance challenges and creators who encourage their large audiences to join them in a trend.”

“Every day, we see new trends exploding in popularity across social platforms and we are beyond thrilled to highlight these breakthrough creators who are redefining stardom in the music industry,” says Julian Holguin, president of Billboard. “We couldn’t be more excited to partner and build upon what Logitech has created with their Song Breaker Awards to uplift and shine a light on this new crop of talent who are disrupting the traditional business model and influencing millions in the process.”

Creators and trends on this month’s Song Breaker Chart are:

“I never thought of being on a chart, it’s like a next-level type of popular,” says Vanessa Clark (@glitchgirlmaster). “Music brings the best out of us, especially weird dance moves. With the glitch, it was me doing random moves to songs with amazing beats like Missy Elliott’s ‘Get Ur Freak On’ and Luci4’s ‘Kurxxed Emeraldz.’ If you have a weird dance move that you want to pair with a song, make a TikTok about it, no need to be shy, be you. You never know, it might become a trend!”

“The music industry has changed and social media has been at the forefront of that change,” says Jason Derulo, singer, songwriter and dancer whom TikTok dubs the “king of TikTok.” “This chart is indicative of how powerful it is to have a presence online. Billboard, thank you for recognising.”

The Billboard Song Breaker Chart will be released on the second Tuesday of each month, with the inaugural ranking released this week. The chart ranks the top creators on social media platforms including TikTok and YouTube, who amplify music and music-based trends that often result in their success on charts such as the Billboard Hot 100. From dance challenges that help songs go viral to funny videos that introduce new audiences to the classics, creators are changing the way we listen to music. Monthly rankings are created using a blend of engagement and view data from these platforms provided by analytics partner Shareablee, plus streaming and sales data as provided by MRC Data.