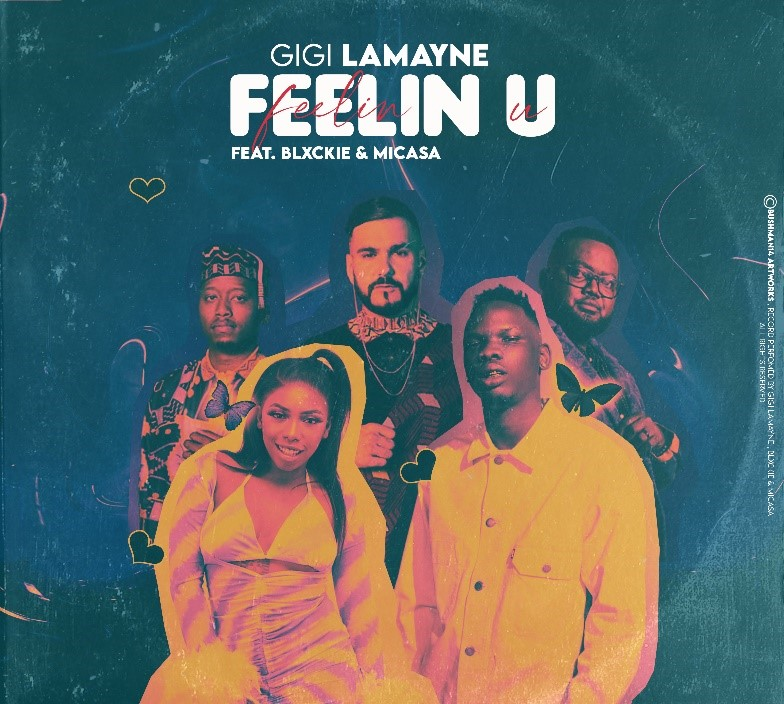 In 2017, Mi Casa released a classic chart-topping song called Feeling You. In 2021, Gigi Lamayne teamed up with both Mi Casa and breakthrough artist Blxckie to give us a remake fit for Song of the Century status.

Feelin’ U is a trap-meets-salsa vibe with African flow undertones. Blxckie kicks the song off with his signature new-wave sound and adding a bit of classic with a line from Gang’s of Instrumentals’ “Kudala ndifuna onje ngawe” to put us straight into what is an ingenious collaboration.

Here’s what Lamayne said when asked about this collaboration:

“The song was initially inspired by me wanting to get together with a group of diverse people to create a song: I am so big on collaborations. I wanted the song to feel African and be of an international standard, but also to have fun on the song and see how far I could push myself creatively: Blxckie is an amazing artist right now and coming up super well; Mi Casa are absolute legends; and I have a brand of my own as well being a pioneer for female hip hop in this country. Having three diverse people get on a track like that for me is timeless!”

“It was super easy working with Mi Casa and Blxckie. I think the different sound was a challenge in the sense that it was nothing I had ever worked with, so I was super excited to be a part of something like that. Working with Mi Casa is a dream come true, I always listened to them growing up which is another tick off my book of life and my career. I am really excited about this song”.

“I am singing on the song and people can expect that on the album as well; the album will be out later this year. I am trapping on the song as well so people can anticipate seeing a transition where Gigi goes from lyricist to rapper to musician now. I am full on singing and rapping and encapsulating a lot of different audiences. It has been a challenge; I feel like every day when you are making music is a different day because the canvas is different. The last song I completely sang on was Iphupho and people hyped that up, so with this song mmmhhh, it’s going to be a problem”.

E3: What to expect from Ubisoft Forward

I Am Here to premiere at Encounters and Durban Film Festival