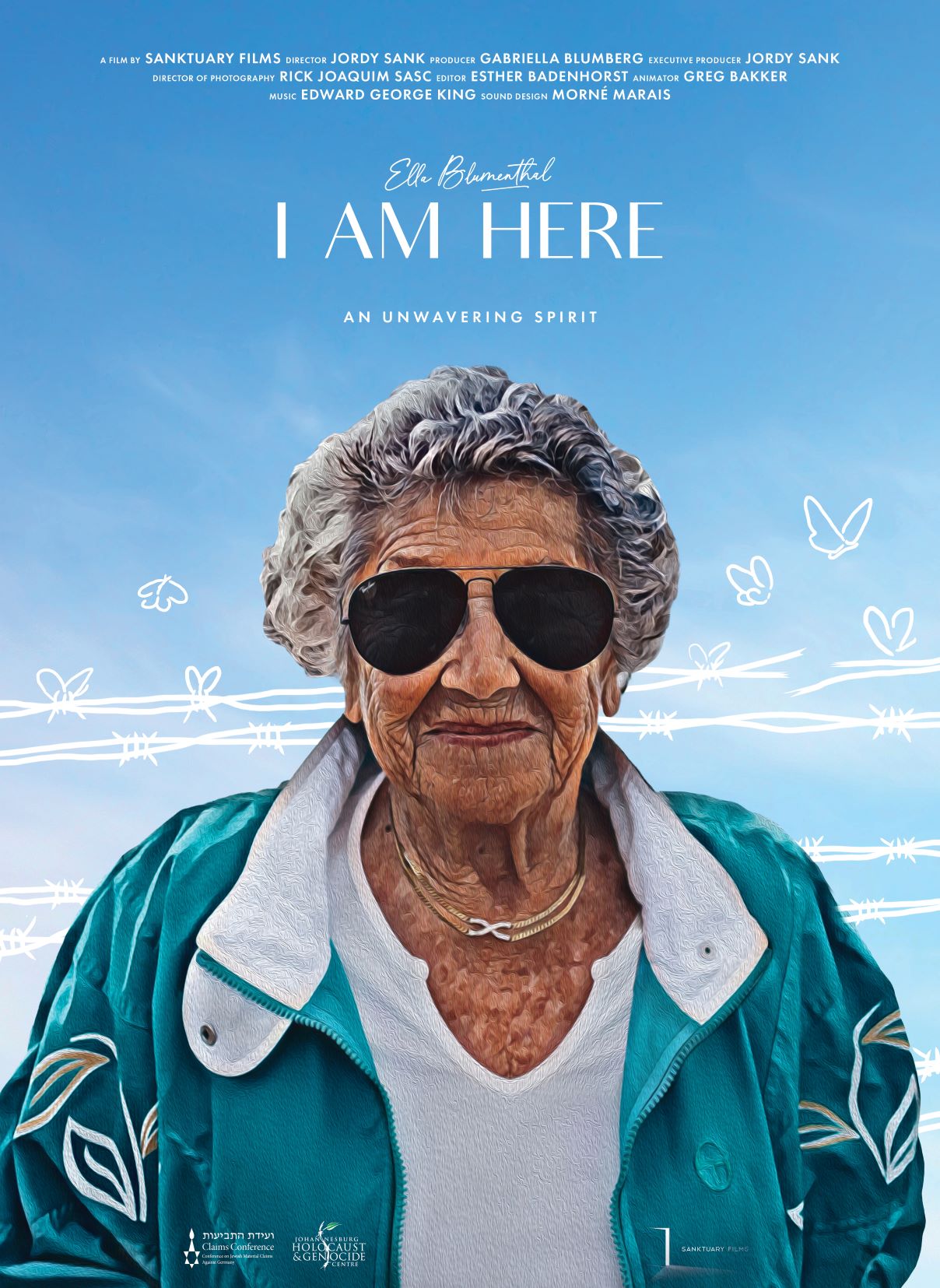 The award-winning documentary I Am Here, an evocative portrait of a feisty and spirited 98-year-old Capetonian Ella Blumenthal, one of the few remaining Holocaust survivors, will have its joint premiere at the Encounters South African International Documentary Film Festival (10 – 20 June) and the Durban International Film Festival (22 July – 1 August).

Directed by South African filmmaker Jordy Sank, the film follows Ella at her 98th birthday celebration where she shares her story in a rare, honest and candid conversation with close friends and family.  These memories are depicted in 2D animation – typically an unusual medium for Holocaust flashbacks – which adds a nuanced innovation to the texture of Ella’s stories.

While I Am Here recalls her astonishing endurance, weaved into her narrative of overcoming trauma, are uplifting stories of courage and light. Ella never lost hope, not even in the darkest of times. Some of Ella’s memories include surviving three concentration camps and avoiding death in seemingly serendipitous ways. She was a pillar of support to her niece, Roma, who survived alongside her.

“Ella encompasses remarkable resilience, boundless energy and unwavering determination – her personality is remarkable not because of what she has been through but in spite of it,” says producer Gabriella Blumberg. “We hope that the film can be a catalyst for speaking about all forms of discrimination in a world that still defines itself by what is other.”

Jordy Sank describes meeting Ella for the first time: “I had interacted with Holocaust survivors before, but none were quite like this. I knew that the world needed to learn from Ella Blumenthal’s stories and the awe-inspiring way she lives her life today.”

This film was made possible with a grant from the Claims Conference and supported by the Johannesburg Holocaust and Genocide Centre. Metro International acquired worldwide rights to I Am Here and launched it at the European Film Market in February 2021.