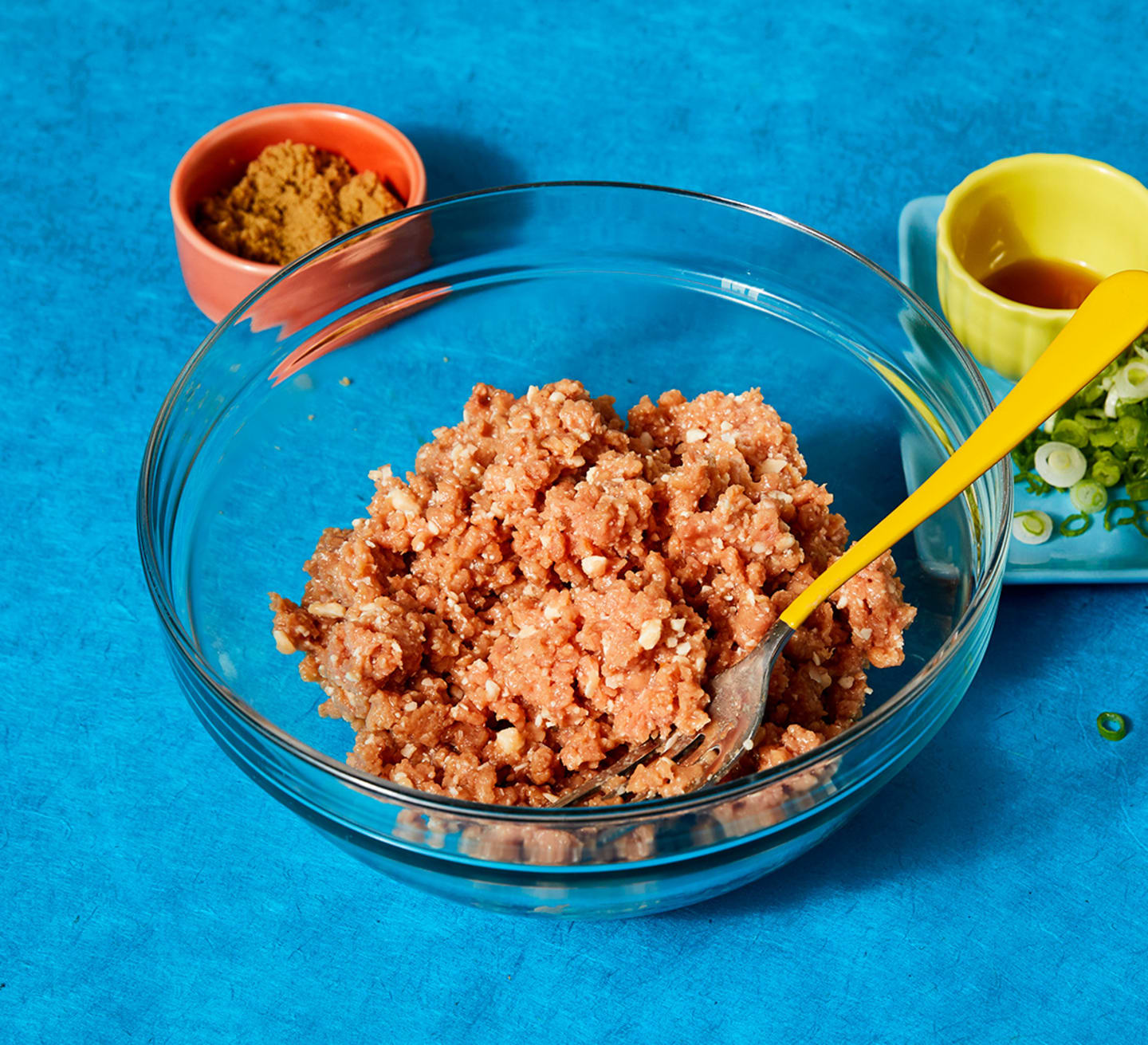 Impossible Foods took the next impossible step in food creation today at CES in Las Vegas: providing a first taste of Impossible Pork, a plant-based version of the world’s most ubiquitous meat. It is described as “a delicious, nutritious, gluten-free, plant-based ground meat that can be used in any recipe that calls for ground pork from pigs”.

It also launched Impossible Sausage, “a juicy, savoury meat that pairs perfectly with traditional breakfast accompaniments or steals the show as a centre-of-the-plate delicacy at any meal”. The plant-based, pre-seasoned product can be used in any recipe or dish that calls for animal-derived sausage.

Taste: Impossible Pork is delicious in any ground meat dish, including spring rolls, stuffed vegetables, dumplings, wontons or sausage links. Like ground meat from pigs, Impossible Pork is characterized by its mild savoury flavour, adding delicate depth and umami richness without being gamey or overpowering.

Versatility: Impossible Pork is easy to cook in the steamer, oven, charbroiler, flat-top grill or sauté pan. Chefs can use Impossible Pork in recipes from stir-fry to meatballs to dim sum or links. Impossible Pork is designed to be eligible for kosher and halal certification if produced in a kosher- or halal-certified plant.

Based in Redwood City, California, Impossible Foods “uses modern science and technology to create delicious food, restore natural ecosystems and feed a growing population sustainably”. The company makes meat from plants, with a much smaller environmental footprint than meat from animals.

Shortly after its founding in 2011, Impossible Foods scientists discovered that one molecule — “heme” — is primarily responsible for the flavours that result when meat is cooked. The scientists genetically engineer and ferment yeast to produce a heme protein naturally found in plants, called soy leghemoglobin.

The heme in Impossible products is identical to the essential heme humans consume in meat but requires far fewer resources because it is made from plants.

Impossible Foods became the first food company ever featured at CES one year ago, when the startup launched Impossible Burger 2.0 – the first major product upgrade since Impossible Burger’s 2016 debut. it won the most significant prizes at CES 2019 and received Popular Science’s 2019 grand award for engineering.

* For a full list of locations that sell Impossible products, visit impossiblefoods.com.