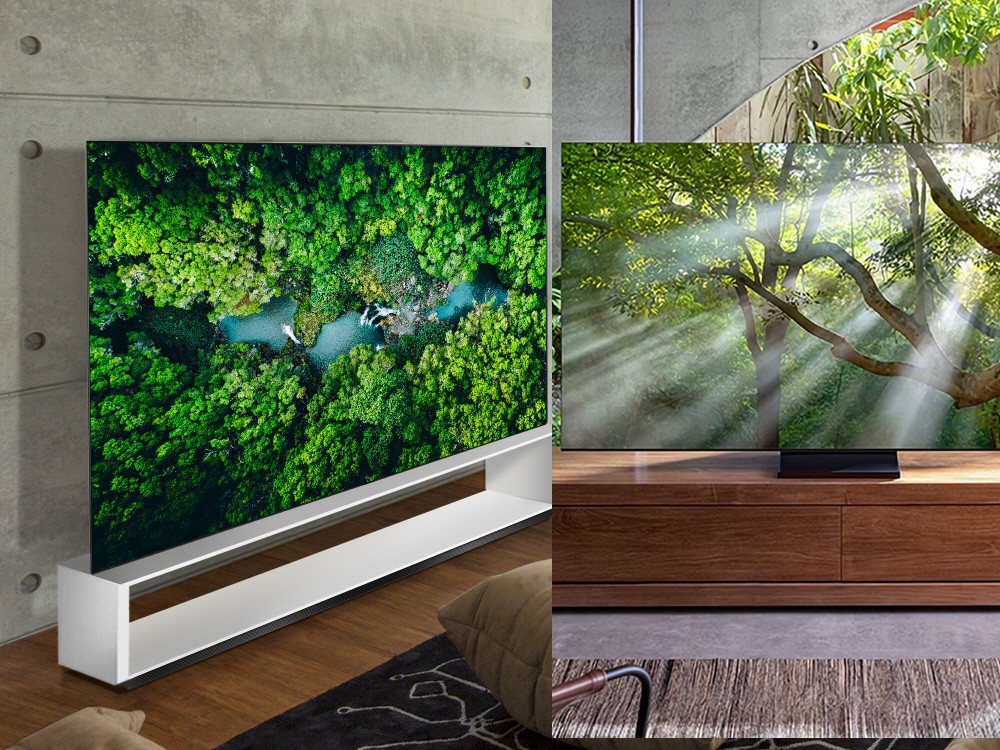 Both unveiled new ranges of 8K TVs, each claiming world firsts, while rival brands like TCL and Sony looked for differentiation in niche areas of TV technology. 8K represents the highest resolution displays currently possible, comprising about 8,000 horizontal pixels across a screen, and more than 4,000 vertically. This produces four times the resolution of 4K, which is, in turn, four times that of high-definition displays.

While 8K machines have been on display at CES for several years, their prices have been prohibitive, and little content has been available. However, the latest units all include a process called upscaling, which converts regular content into 8K content. Typically, it takes around three years for the latest cutting edge technology to become mainstream and affordable, which means 4K TVs are now widely available in South Africa, and affordable 8K units will arrive in the next 12 to 24 months.

“We believe that our 2020 QLED 8K TVs will be eagerly received by consumers,” says Nithia Pillay, director of consumer electronics at Samsung South Africa. “The innovations in these new TVs will offer customers an unprecedented viewing experience and unparalleled smart home integration. The fact is, 8K resolution has the potential to transform our industry. We have seen that screens over 75” are the fastest-growing segment in the market, and that segment is where 8K resolution matters the most.”

Pillay told Business Times that the company foresees “promising growth” in this sector as South Africans experience “the power of enhanced artificial intelligence technology as well as better audio, video and smart capabilities”.

“This integration of enhanced viewing possibilities, AI components, as well as personalised experiences are features our South African customers are continually embracing.  Samsung is firmly on track to build on its position as a leader in the TV industry for 14 consecutive years. In South Africa, this is made possible by consumers’ robust appetite for TV technology and innovation that enhances their experience.”

Samsung wowed the CES crowds – more than 175,000 people attend the trade show – with the Q950 range of bezel-free 8K TV, meaning it has almost no frame and virtually the entire front surface of the unit is devoted to display. It comes in 65”, 75” and 85” versions, and is equipped with an AI processor that combines machine learning and deep learning – a technique that analyses multiple layers of content – to enhance the upscaling function.

It also features a new “Adaptive Picture” feature that optimises brightness and contrast, depending on lighting and viewing environment.  The latest TVs from LG Electronics do the same, using a new technology from Dolby called Vision IQ, which optimises the picture based on the content and ambient light conditions.

Sony Electronics unveiled a similar technology, but called it “Ambient Optimisation”. Sony, too, brought a near bezel-free unit to CES, dubbing it “Immersive Edge”, as opposed to Samsung’s “Infinity Design”.

Sony unveiled a new range of 4K and 8K TVs across a range of sizes, featuring technology that was previously only available in the largest premium units. This was one of the clear indications of the speed at which high-end technology is entering the mainstream offerings from major manufacturers.

LG claimed bragging rights for the first TVs in the world to exceed 8K standards defined by the Consumer Technology Association, organisers of CES.

It unveiled a range it calls Real 8K TVs, but in reality, is applying the term to existing ranges of 8K TVs that already meet the CTA standard. Samsung uses its own 8K certification.

Meanwhile, LG stole the show in a similar way to last year’s unveiling of the first roll-up TV, the 65” Signature Series OLED R 4K TV, which could be rolled down into its base. This year, LG reversed the trick, with a roll-down 65” unit that is fitted to the ceiling, and rolled up out of sight when not in use.

Samsung’s answer to rollable TVs, in what one might call the novelty category, was the  Sero. It is a “versatile lifestyle TV” that can be flipped 90 degrees to allow viewers to watch content created in vertical formats.

If that didn’t stop visitors in their tracks, LG transfixed them with The Fountain, a synchronised performance from 20 Signature R TVs, each rolling up and down separately while imagery flashed across the grouped screens in a choreographed sequence.

And, similarly to an OLED Tunnel that dominated its stand in 2016, LG introduced CES 2020 attendees to an LG OLED Wave, made up of 200 55” convex and concave OLED digital signage screens. Measuring 6 meters high and 25 meters wide, the exhibit immersed visitors in a journey of discovery through the natural world.

“LG South Africa is excited that the products announced at this year’s CES demonstrate our company’s commitment to improve our customer’s lives,” Steven Bosch, brand marketing manager at LG Electronics South Africa, told Business Times. “We are currently looking at the feasibility and possible demand for these innovations.”

LG and Samsung didn’t have the show to themselves. TCL, best-known in South Africa as maker of Alcatel and BlackBerry phones, unveiled a next-generation display technology called Vidrian Mini-LED. It describes it as “the world’s first TV backlight with … tens of thousands of micro-meter class mini-LEDs directly infused in a crystal-clear glass substrate”.

Ernst Wittmann-Potter, regional director of TCL for Southern and East Africa, told Business Times that this and other announcements clearly showed the company’s ambition to grow its global presence in both the mobile and electronics segments.

“Over the last couple of years, we as the TCL family have been working hard to deliver affordable and innovative technology devices across the globe and more especially for the African region,” he said. “In 2020 we will continue these efforts and we will also be extending our portfolio offering to our customers across Africa”.

Market expansion was the common theme for most TV manufacturers at CES.

Choo Jong-seok, vice president of Samsung Electronics’ video display business division, summed up the strategy: “We will expand the market by delivering it.”