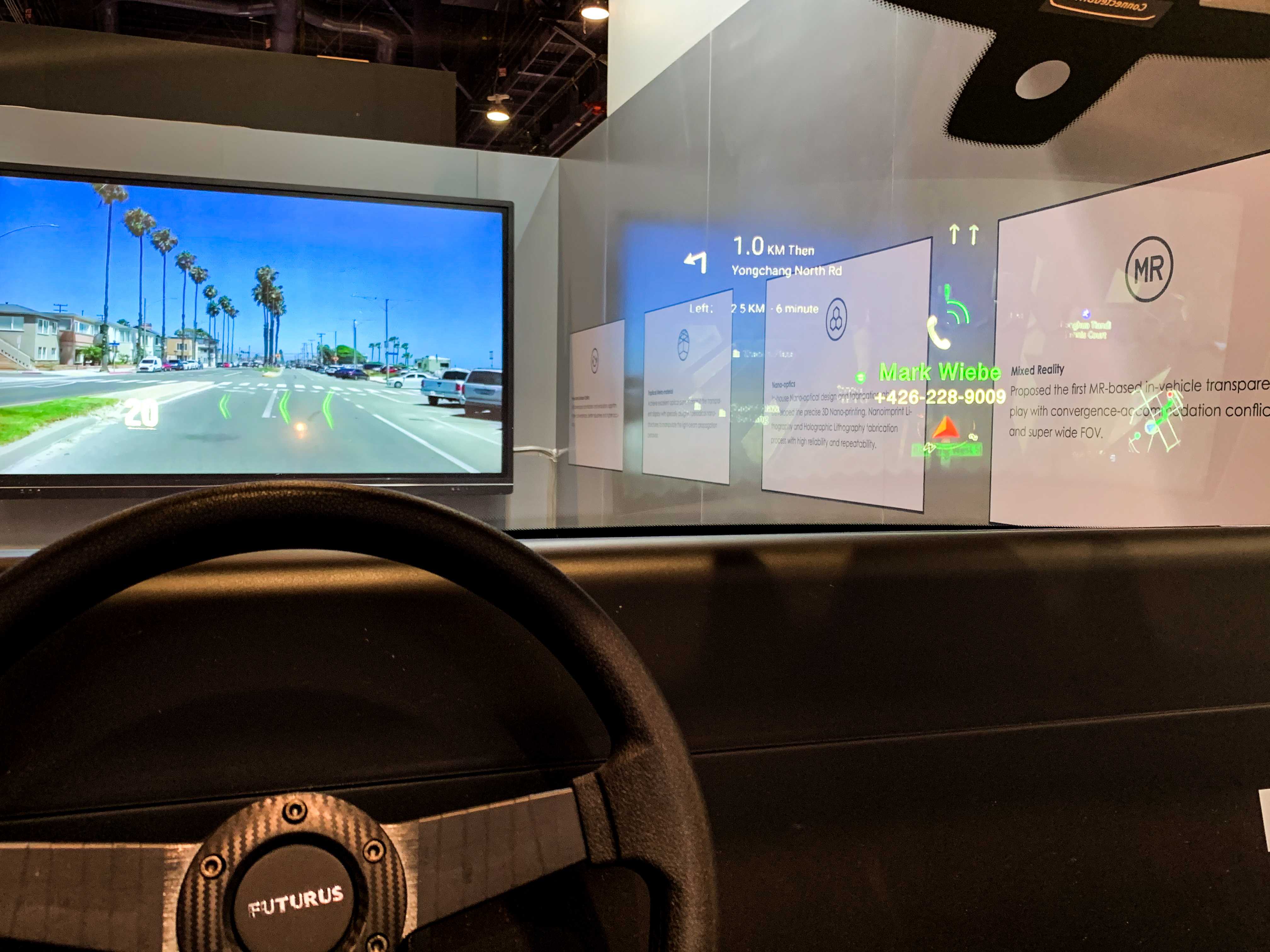 Futurus, which received a CES Honoree Award in the In-Vehicle Entertainment and Safety category, is currently collaborating with some of the world’s leading car manufacturers, and showcased its new product at CES 2020.

The interactive windshield benefits from two independent layers, one of which allows drivers to detect potential hazards up to 50 meters in the distance, including cyclists, pedestrians and objects on the road. Simultaneously, passengers can enjoy entertainment such as TV shows and movies, music and social media, without distracting the driver.

Uber Wu, chief-scientist at Futurus, says: “Vehicle manufacturers must adopt MR technology if they want to offer a truly safe yet immersive experience in the next generation of vehicles. The in-cabin experience has not changed radically in decades; our windshield transforms the driver and passenger journey.

“The technology is the first step towards a smart windscreen that delivers personalised, interactive in-car entertainment, e-commerce and enhanced safety features, thanks to split-screen technology that doesn’t distract the driver.”

Alex Xu, chief executive officer of Futurus Technology, says: “In-car AR heads-up-displays (HUD) are installed in relatively few models and offer limited performance but, in the next few years, we will produce a smarter hybrid reality windshield display that provides the safest ride to mass-market vehicles”.

The Galaxy S20 Ultra is already known for its camera, but how does its sound shape up? DxOMark’s MARIE GEORGESCU DE HILLERIN evaluates the device’s audio performance. 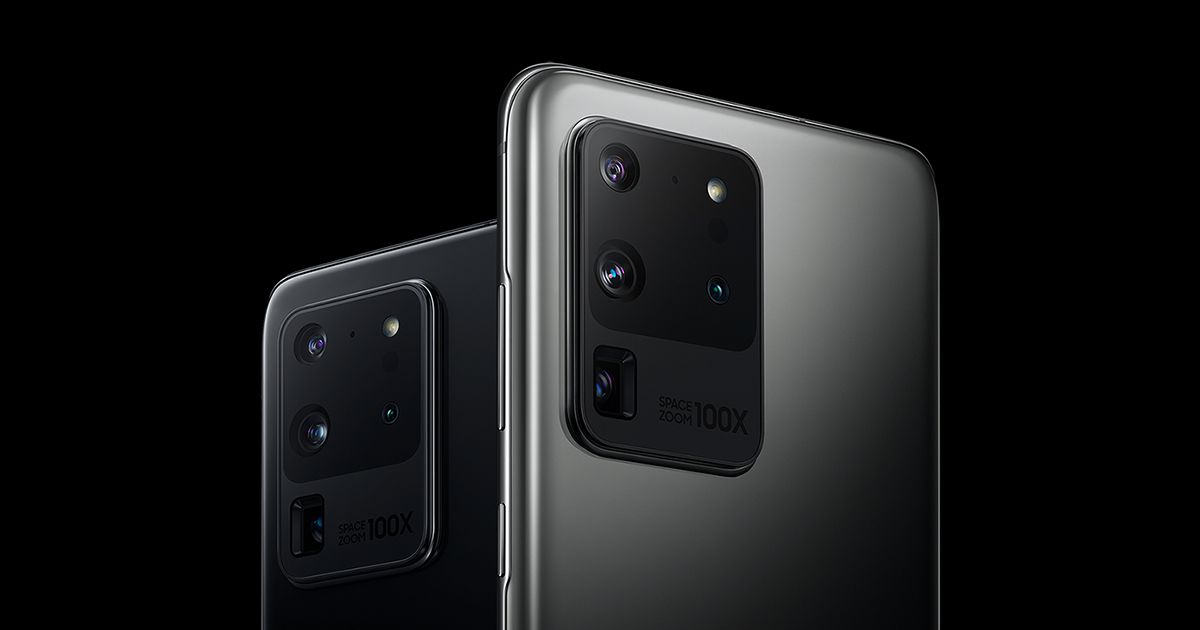 The Latin word “ultra” translates as “going beyond limits”— and when it comes to Samsung’s latest smartphone, it’s a well-deserved suffix. The Galaxy S20 Ultra boasts a groundbreaking 108-megapixel main rear camera, a whopping 6.9-inch 120 Hz AMOLED display, a huge 5000 mAh battery, and an Exynos 990 chipset (Qualcomm Snapdragon 865 in the USA) with 12 GB of RAM.

Predictably, this magnum opus also benefits from AKG’s expertise in the audio field, along with Dolby Atmos certification, Bluetooth 5.0 (which allows users to stream audio to two wireless devices at the same time), and stereo speakers. (However, wired listeners, beware: the Galaxy S20 Ultra offers no headphone jack, and no USB-C adapter either.)

With an overall score of 69, the Samsung Galaxy S20 Ultra manages to hold its own through our rigorous DxOMark Audio test suite. In Playback testing, the midrange frequencies (mids) and high-ends offer precision and clarity, which contribute to accurate distance rendering, precise localizability, and good wideness. Audio played back through the speakers benefits from good maximum volume, and artifacts are very well controlled. Despite being decent, however, low-end extension could use a boost, as it impairs tonal balance as well as bass precision. Finally, the balance is slightly off-center, and at minimum volumes, high dynamic content lacks intelligibility.

As for microphone performance, the main issue is the lack of high-end extension in selfie videos, which impairs the distance rendering, localizability, and attack of recorded audio, as well as blurring the envelope and making voices sound nasal and backgrounds less natural.

Furthermore, in high SPL (Sound Pressure Level) scenarios, an aggressive low-end compression impacts punch and generates audible temporal artifacts. In all other use cases, the overall timbre performance is fairly good; dynamics are decently captured (average SNR ratio, well-preserved plosives in life videos and memos); loudness is good in most use cases (except for indoor scenarios); and few artifacts are noticeable.

The DxOMark Audio overall score of 69 for the Samsung Galaxy S20 Ultra is derived from its Playback and Recording scores and their respective sub-scores. In this section, we’ll take a closer look at these audio quality sub-scores and explain what they mean for the user.

The Galaxy S20 Ultra offers a fairly good and consistent timbre performance across all music genres, and fares even better in movies. The overall tonal balance highlights clarity and precision in mids and high-ends.

That said, as shown in the graph above, bass frequencies could be a little louder: up to 500 Hz, the response is clearly below that of Apple’s iPhone 11 Pro Max and Xiaomi’s Mi 10 Pro. Also, when playing games, mids and high-ends become slightly too aggressive.

Our Dynamics tests measure how well a device reproduces the energy level of a sound source.

Predictably, the lack of low-end extension undermines the phone’s bass precision potential. Apart from that, the dynamic performance holds its head high: the clarity of timbre sharpens the attack, especially at nominal volumes, and dynamics are well preserved, even at soft volumes.

The Ultra S20 has above-average spatial rendering of sound sources, ensuring that audio played back through its stereo speakers lets the listener precisely place instruments and other sound sources (localizability), and delivers good wideness. The timbre’s clarity also means that distance is accurately reproduced, thus offering a good feeling of proximity. The only cloud in the picture is the slightly off-center perception of sound sources.

Our Volume tests measure both the overall loudness a device is able to produce and how smoothly volume increases and decreases based on user input.

Maximum playback volume is good, and incrementation levels are fairly consistent. By contrast, at minimum volumes, highly dynamic mixes (that is, a high ratio of amplitude from the loudest to the lowest sound) lack intelligibility.

Our Artifacts tests measure how much source audio is distorted when played back through a device’s speaker. Distortion can occur both because of sound processing in the device and because of the quality of the speakers.

When it comes to controlling undesirable sounds, Samsung’s latest flagship ranks as second to the best of all the phones we have tested to date. No noise or temporal artifacts such as compression are audible at nominal or maximum volumes. Consequently, the clarity of loud content is well preserved. Distortion, however, shows its true colors at maximum volumes on low-end frequencies, especially when playing games and with synthetic signals.

While the S20 Ultra’s timbre performance is above average when it comes to recording life videos, it is impaired by a lack of bass extension when recording in loud environments. When recording selfie videos, treble is lacking, which results in nasal voices.

The Galaxy S20 Ultra does a reasonable job of capturing dynamics, with an average SNR (signal-to-noise) ratio in all simulated use cases. Good high-end extension in life videos and when using the memo app ensure that the plosives (sounds such as “p” and “b”) are well shaped.

On the other hand, when filming in loud environments, an aggressive low-end compression dulls the punch. Additionally, when using the selfie camera, the shape of the sound envelope is impaired by the lack of treble, which along with the distance issue mentioned in the next paragraph, lowers speech intelligibility and attack precision.

While the Galaxy S20 Ultra delivers an average performance for wideness and fairly good localizability in life videos and meeting room situations, localization and distance in selfie video recordings are once again impacted by the lack of high-end frequencies. Moreover, the memo app unfortunately records only in mono.

We test for both the nominal volume and the maximum level. Audio file loudness is good in most use cases, except in meeting room situations. In indoor scenarios, the overall loudness is noticeably lower.

Regrettably, the microphones are easy to occlude, particularly when filming a selfie video or recording a memo. When the user’s hands obstruct the receivers, a noise-cancelling algorithm kicks in, introducing spectral artifacts on voices.

The S20 Ultra does a good job of preserving the original tonal balance of the recorded background in life videos. However, when recording a selfie video, the lack of high-end is once again problematic, resulting in an unnatural background.

If the Samsung Galaxy S20 Ultra doesn’t outshine its strongest competitors in the audio area, it still delivers a very consistent, above-average performance. Volume is good, artifacts are well controlled, dynamics are generally respected, and timbre performance is good, whether in playback or recording. That all said, the memo app records in mono, and if you’re a fanatical selfie videographer, note that selfie videos suffer from a lack of treble, which impairs numerous audio attributes (tonal balance, attack, speech clarity, distance, natural background rendering).

All in all, considering the phone’s spectacular spec sheet (and price), it is safe to assume that audio, despite its above-average performance, wasn’t Samsung’s top priority when designing its latest flagship phone. 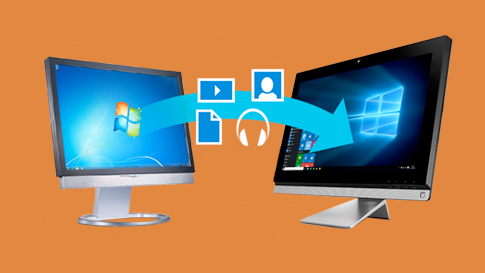 Laplink Software has announced the release of PCmover Complete, a one-click, connection-free solution for data migration in under 60 seconds. The software, for both home users and businesses, automatically transfers data and applications to a new PC or phone. It also includes Laplink’s new DoubleSpeed technology which doubles the processing speed of the CPU in the new PC or phone.

“We’ve created a one click wonder, bringing data migration as close to magic as it can get,” says Thomas Koll, CEO at Laplink. “Not only is this a single click solution, but for the first time ever, there’s no connectivity required allowing transfers to take place whenever and wherever the user chooses.

“We now fully support PC to phone transfers so users can have all their PC apps and data transferred to their phone, ready to use. But I’m most excited about our DoubleSpeed technology, which accelerates the CPU performance of the new PC or phone to two times its native speed.”

PCmover Complete automatically moves all applications, files, settings and user profiles from an old PC to a new PC or phone. Users download the software and click the “Complete Migration” button. There is no need for the computers to be on the same network or connect with a cable, and the migration is completed in 60 seconds or less.

Laplink’s DoubleSpeed technology, included with PCmover Complete at no additional charge, executes automatically when the data migration is complete and approximately doubles the performance of the new PC or phone.