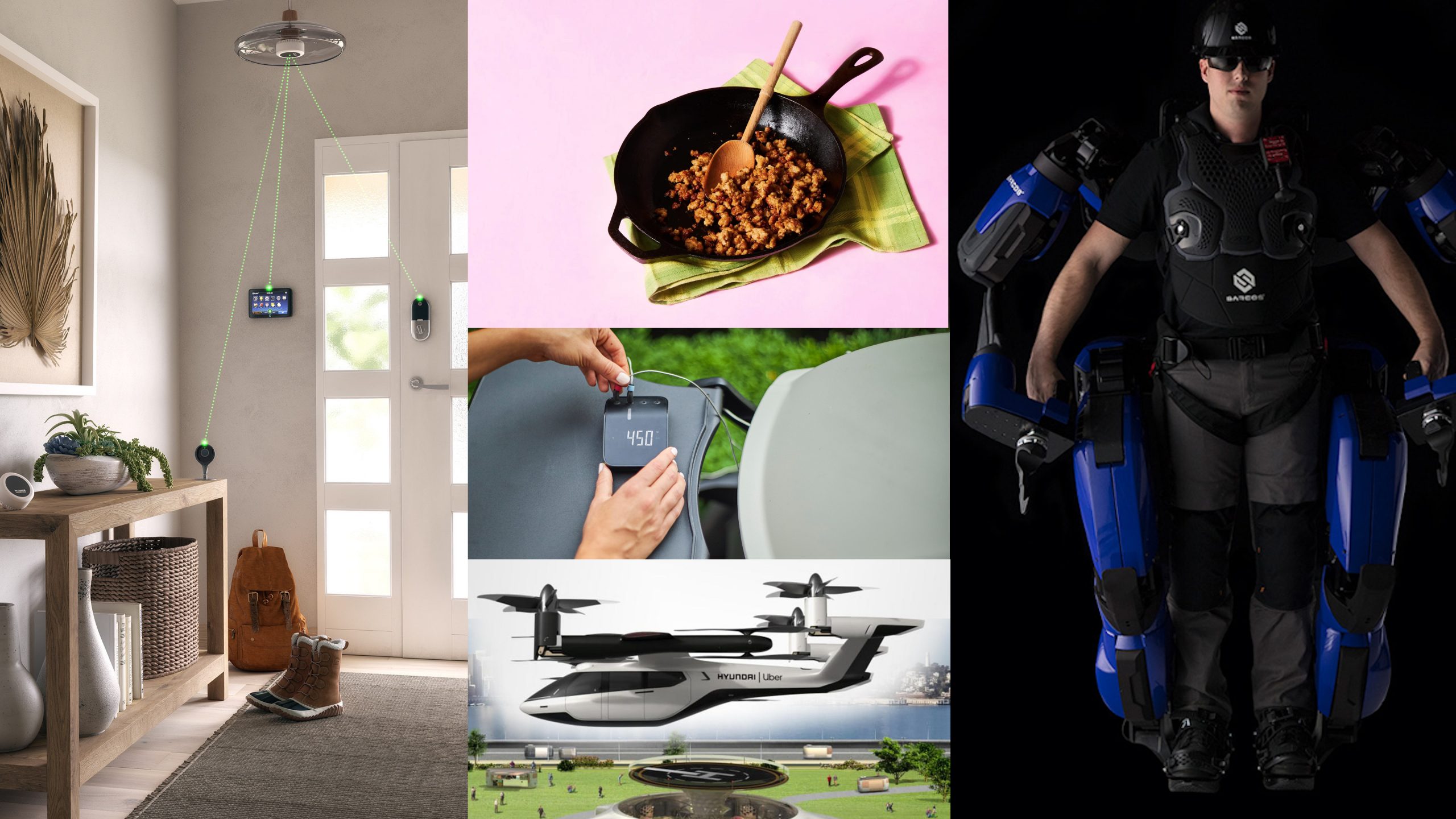 There is any number of reasons CES in Las Vegas is renowned as the world’s biggest launchpad for new gadgets. Previously known as the Consumer Electronics Show, it has for 52 years been the showcase for technology products that are about to be unleashed on the market. In recent years, it has also become the prime location for unveiling new automotive technology, as vehicle manufacturers have woken up to the high profile the show gives to high-tech. It is no surprise then, that a car made the biggest impact of all the launches at CES this year.

This is our pick of the top 6 launches at last week’s CES:

The Personal Air Vehicle (PAV) model S-A1, which looks like the offspring of a marriage between a drone and a light aircraft, is in fact a flying car. It was developed by Hyundai Motor Company and Uber Elevate, a division of the Uber ride-sharing company developing shared air transportation. The PAV is a 4-passenger electric vehicle designed to take off and land vertically, and cruise at up to 290 km/h, 600 metres above ground, with a 100km range. Initially, it will have a pilot, but will eventually be autonomous. Elevate is collaborating with seven aircraft manufacturers, with Hyundai the first automotive company to join the initiative. It is scheduled for takeoff in 2023, which means it is a rare example of a concept vehicle launched at CES that has a real-world launch date in mind.

LG stole the show with a roll-down TV that hides in the ceiling when not in use, a follow-up to its roll-up TV from CES 2019. But with the latter expected to cost $60,000, one can’t call it a consumer favourite. There is no pricing available yet for Samsung’s answer, the  Sero, but it certainly has the consumer in mind. It is described as a “versatile lifestyle TV”, and can be flipped 90 degrees to allow viewers to watch content created in vertical formats. TikTok or Snapchat, anyone?

Robots were big at CES this year, but most were designed as cute companions or to spare us from routine tasks like feeding pets. Big deal! The real big deal in robots was truly big, but the Guardian XO is not exactly a machine to be controlled from a distance. Instead, it is a robot one can wear. It is a battery-powered, full-body “exoskeleton”, designed to boost human performance and help prevent injury while lifting heavy objects. By bearing the weight of the suit and the payload, the exoskeleton can enable an employee to lift up to 90kg repeatedly for up to eight hours at a time without strain or fatigue. The first likely customer? Not the military, but Delta Air Lines – which is exploring the technology for its employees.

Read more on the next page about the new Impossible meat, a portable medical diagnostic device, and wireless charging from up to 10 meters away.