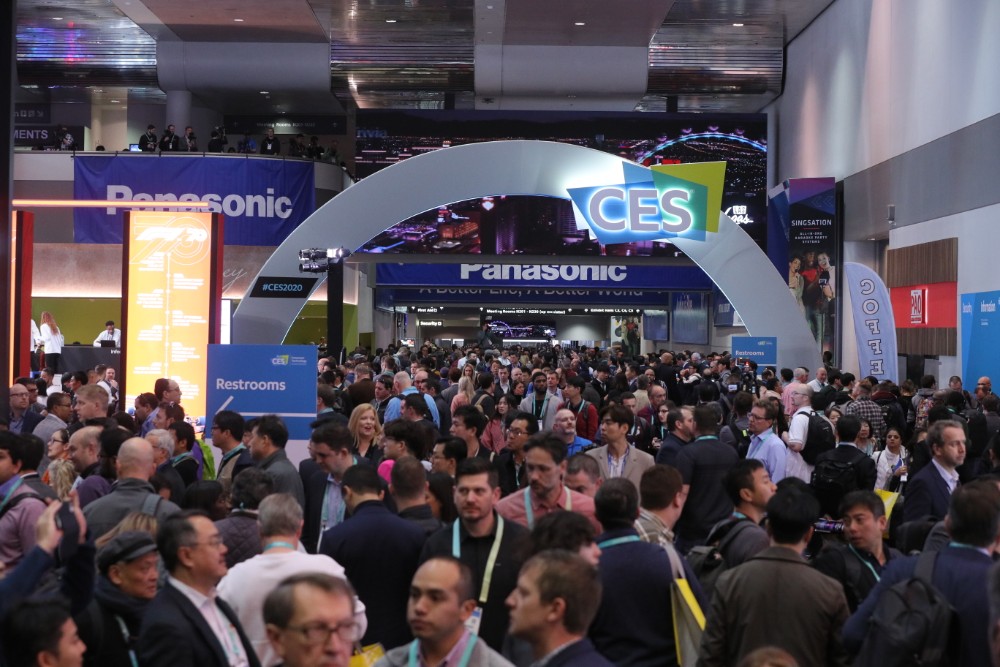 Of all the thousands of products launched and demonstrated at CES 2020, which stand out the most? It’s impossible to cover them all, but it was the personal gadgets that caught my attention.

A lot of consumers tend to look for products that aren’t exactly heavy, but still pack a lot of punch. Before the age of the smartphone, this had always been a struggle. Since smartphones arrived, this has been a mandatory goal. It seems we’re already close to hitting all marks with making personal devices as intuitive and as “smart” as possible.

Here is my selection of the best of the show:

The Honor Band 5 Sport turns the fitness tracker industry on its head by providing not just an affordable new tracker, but one with a strap made from recycled plastic water bottles as well. This new and affordable tracker is able to take note of progress in various activities such as swimming, running, and cycling. It has six-axis motion tracking, making it something you can wear around the ankle as well.

Insta360 One R enters the modular action cam scene with multiple lens offerings, giving you the ability to compete with conventional DSLRs with quite a small device. Perhaps the main appeal of the concept lies in the fact that each of the One R’s lenses have their own sensors, meaning you’re using the right settings every time you switch them out. The processing module is also located in a handy spot you can fiddle with regardless of the situation.

ThinkPad X1 Fold tests the boundaries of compact and comfortable. This new entry in the ThinkPad has all the sleek and attractive appearance of a notebook with a detachable Bluetooth keyboard, making it a laptop-tablet hybrid. The 13-inch device is also thin enough to fit certain jacket pockets. This stretches the boundaries of what “pocket PCs” can be. As to whether or not it will include an exclusive Lenovo voice assistant or voice translator options has yet to be seen.

Make your homes smarter, designed specifically for your family.

A lot of tech giants have teased Internet-of-Things products that will change the way we interact with things at home. This is why we’ve seen appliances we can control from our phones, or even appliances with touch screens. CES 2020 steps up the game and introduces more comforts for the home.

Hydraloop Water Recycle does just what it says with a sleek and futuristic appearance. And while it’s using similar water filtration systems as conventional water filters, Hydraloop does its business in a sturdier and more sustainable way. The filter itself is huge and has a lot of components, all helping in filtering and recycling up to 85-percent of water in washing machines, showers, and baths.

Samsung has launched Ballie, which is in itself quite the quirky tool. It’s a robot plus smart home device in one, in the form of a small ball. It’ll follow you around the house and follow orders based on your commands. Thanks to its many features you can take photos, manipulate other smart appliances, and even give home updates while you’re out.

TOWNEW’s smart waste can do the dirty work for you, quite literally. It acts like a normal trash bin… until it’s full. When you’ve filled the smart waste can, just press the button and it seals the waste bag for you. Not only that, it prepares a new waste bag for usage and raises the full waste bag ready for pickup.

Just the best in entertainment and recreation. What’s better than relaxation?

Relaxation with the best tech for entertainment. We’re talking entire entertainment systems, powerful mobile platforms, and groundbreaking tech that can change the way we view entertainment at large throughout the decade. Some tech giants showed promising developments in this regard this CES 2020.

Vizio has the Elevate Soundbar, which in itself literally brings listening music from a different angle. The 5.1.4-based, 10-channel sound system supports Dolby Atmos and DTS: X audio standards, which allows the machine’s outermost speakers to fill the room with sound by rotating upward. This can level up your listening experience.

Dell has the new Alienware Concept UFO which is basically a small PC in itself contained in a device similar to the Nintendo Switch. Concept UFO has an 8-inch main body with two detachable controllers. And while this Nintendo Switch competitor (?) might not be out soon, it’s interesting to wait for how the dynamics of these two play out.

We’ve just seen the arrival of 4K entertainment a few years back, and now we’re already with 8K. Television screens already showcase quite realistic (sometimes too realistic) visuals with 4K screens. And now with companies like Samsung showing off 8K TV sets, there’s just an entirely new landscape for film, television, and gaming to work with.

Why settle for a phone when you can go for a TV that’s almost like one? Samsung’s presentation featured the Sero TV, a television screen specifically designed to view videos and multimedia from phones. While the Sero TV has a default horizontal position, it’s capable of turning upright to fit a smartphone’s view just right.

CES 2020 has definitely stunned both tech enthusiasts and casuals with the wide assortment of tech offerings and product showcases in the short event. And despite the rather “short” showcases of these top brands, we’ve seen that the future in terms of tech focuses on automation, AI, smart tech, IoT, and 5G integration – all of which tease a bright decade ahead filled with tech we can customize and personalize to our needs.

What did you like best in this year’s CES? What product showcase sparked your interest, and what sorts of products do you hope big tech companies make in the near future?

John Salazar is a certified techie-at-heart, but he shares a love for all things science and technology, health and wellness, and even a bit of music on the side. As a creative writer, John makes sure to write both informative and entertaining pieces. He loves writing, and he plays the guitar when he has free time.