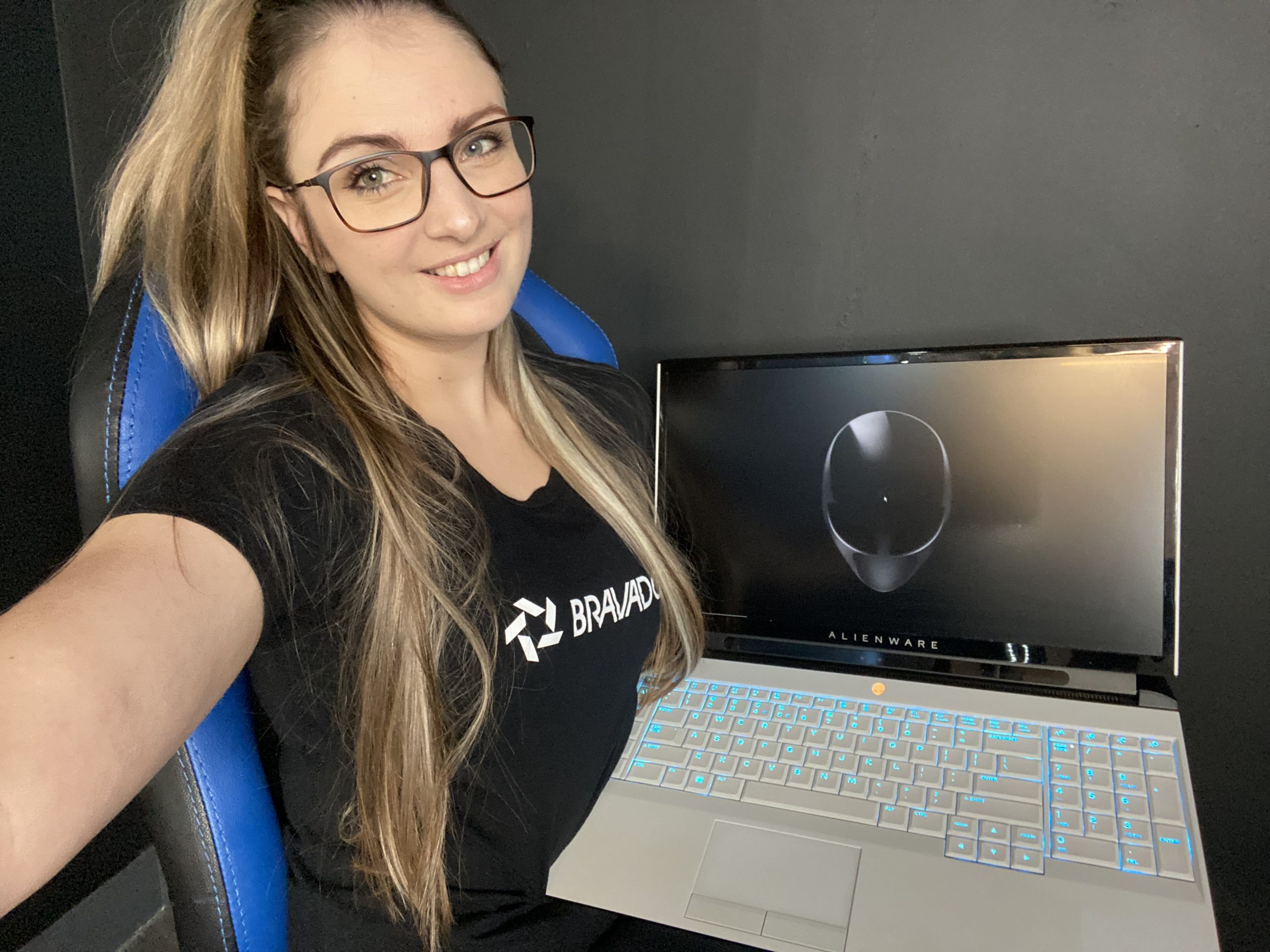 This places them in a great position to review the Alienware Area 51m and put the machine through its paces. This is what the found:

What sets the Area 51m apart? It’s not just the power – anyone can build a powerful gaming rig. The Alienware Area 51m raises the bar not only as a top performer, but a customisable one as well. An area traditionally held by desktop PCs.

“Laptops are not as popular as PCs for high level gaming as they are generally not as customisable as PC’s from a component point of view,” says Jana ‘SaltyMonkeh’ du Toit, a top gamer and streamer at Bravado. “If gamers had to choose a laptop, they would be forced to choose one that has specs that most closely meets their needs, when custom building a PC, gamers could tailor the machine to their exact requirements and desires. With the limitations that laptops ‘less customisable’ features present problems could be encountered since the hardware necessities for games differ. Laptops also tend to overheat or struggle with performance due to not having the exact components needed for gaming.”

So what exactly makes the Alienware Area 51m compatible with a customisable PC, capable of overdelivering on customisation and performance?

A desktop in a laptop

Need a new CPU or GPU? Thanks to the Alienware Area 51m’s modular design, those can be upgraded for newer and more powerful components. Dell Technologies created a housing called the Dell Graphics Form Factor (DGFF) to make this possible.

Heating was also considered. Saltymonkeh says: “It has advanced CryoTech cooling, which means that overheating is not a problem. It is sleek and beautiful, with good performance, a 144hz monitor and even a mechanical keyboard.”

“The Area 51m runs best-in-class speakers for amazing audio performance. Pair it with the high-end headphone and you will hear a pin drop. But my favourite thing about the Area 51 is that it is beautiful, stylish and packs a punch. Like most things Dell, it is slick and modern and a little alien-like. It runs AlienFX lighting with a honeycomb design and is available in both lunar light (white) and dark side of the moon (black).

“The laptop is good at running games because it was created with gamers in mind. And it handles everything else – streaming, video editing, you name it – like a breeze. It’s every gamer’s dream: a high powered machine that you can take with you anywhere to continue playing the titles that you love.”

Is the Alienware Area 51m worthy of its claim as a game-changer and a watershed in gaming systems? Saltymonkeh is convinced. As a top gamer and a serious streamer, she needs power from her gaming rig to do several things – sometimes all at once – and appreciates a machine with the right peripherals and design along with amazing processing power and responsiveness.