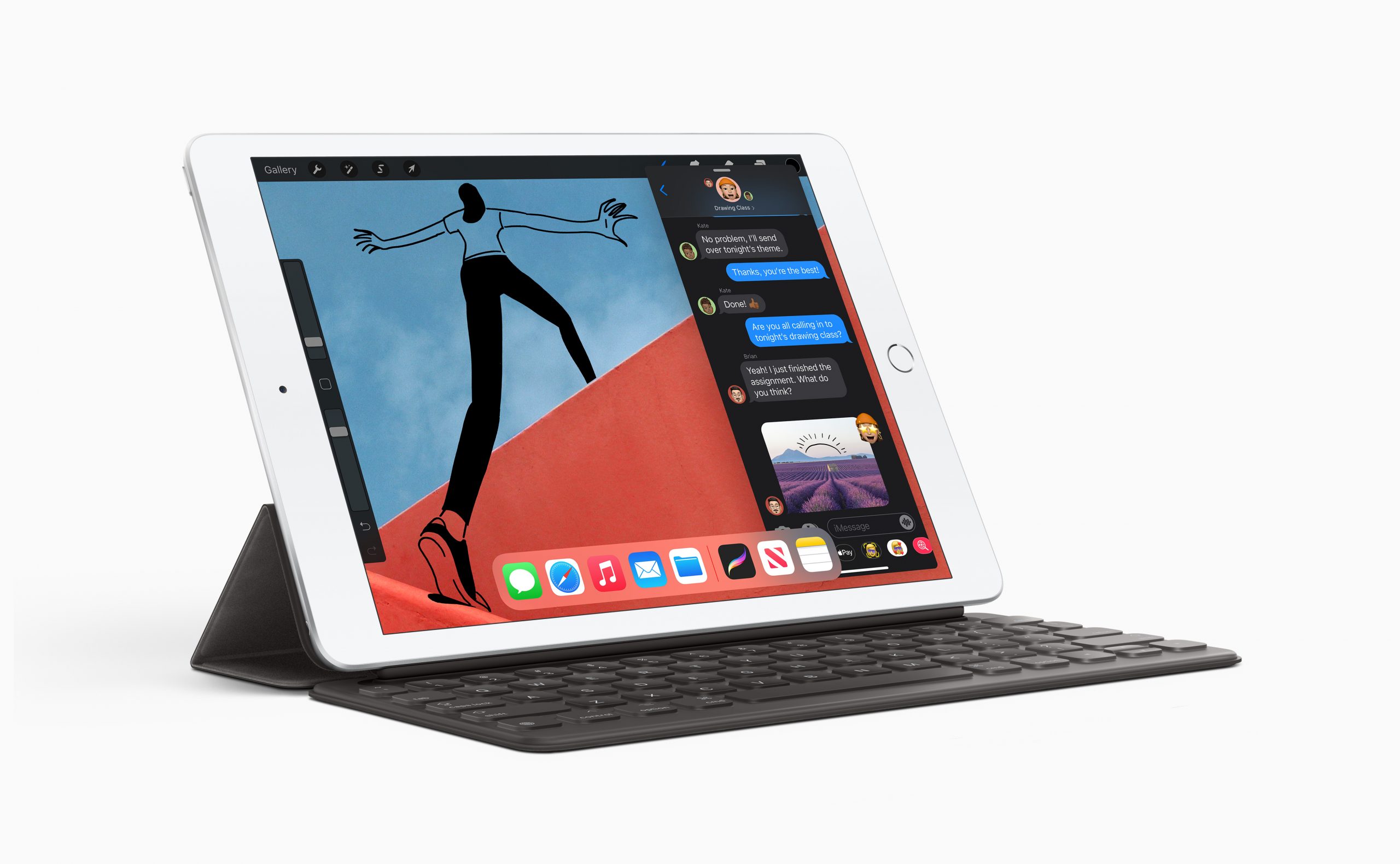 Apple introduced the 8th-generation iPad at its online-only event last night. The tablet features the powerful A12 Bionic chip that brings the Neural Engine to the entry-level iPad, which enables it to have similar performance to the iPhone XS.

Starting at $329, the upgrade packs more value into the affordable iPad, featuring a 10.2-inch Retina display, advanced cameras, and an all-day battery life.

For the first time on iPad, A12 Bionic introduces the Neural Engine for next-level machine learning capabilities, including people occlusion and motion tracking in augmented reality (AR) apps and enhanced video editing.

In combination with A12 Bionic, the power of iPadOS, and Apple Pencil (1st generation), the new iPad is great for drawing, note-taking, and marking up documents. With its thin and light design, the iPad is portable and durable with ultra-fast wireless performance and support for gigabit-class LTE connectivity. Unlike the iPad Air, this iPad’s Touch ID sensor remains in the home button.

The new iPad (8th generation) is available to order starting today on apple.com and in the Apple Store app in more than 25 countries and regions, including the US. The iPad will be available in the US beginning on Friday, 18 September, with a starting price of $329 (US) for the Wi-Fi model and $459 (US) for the Wi-Fi + Cellular model. It comes in silver, space gray, and gold finishes in 32GB and 128GB configurations.