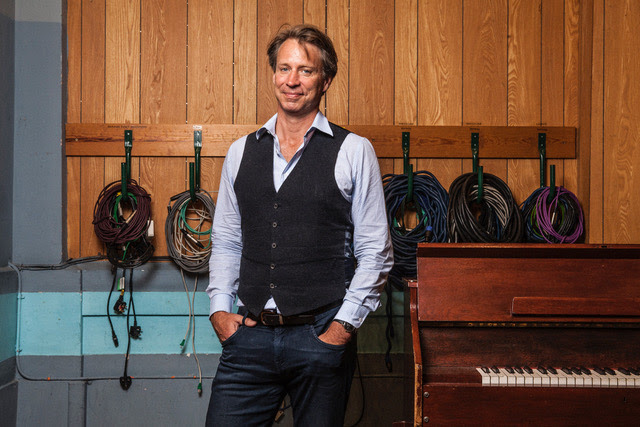 Grammy Award-winning producer, songwriter, composer, and multi-instrumentalist Giles Martin joined Apple Music’s Zane Lowe for an in-depth conversation about the arrival of The Beatles’ iconic ‘1’ album in Spatial Audio, in addition to “Strawberry Fields Forever” in celebration of the song’s 55th anniversary.

Martin shared key insights and stories about the process of bringing immersive audio to a legendary body of work, how the new technology is transforming how music is created and enjoyed, honouring the legacy of his father (who was the band’s producer) and The Beatles, and the implications for a new generation of artists.

“My dad was a futurist and loved technology,” said Martin in conversation with Apple Music’s Zane Lowe on Monday evening. “So he was always looking for a way of having great sound, and what happened was with The Beatles and my dad, they went “OK, how do we create worlds that don’t exist?” These are things you can only imagine in John Lennon’s head. He tried to capture what was in the head and put on a record. And that’s the evolution of sound. It’s not just technology, it’s imagination as well and that’s key.

“I’ve been working in surround for a long time. I did the Love show in Vegas, which has seven thousand speakers in a room and we did a surround sound record that was very successful. But then you couldn’t hear it anywhere else. People don’t have surround sound unless they’re very niche. It took like a company like Apple to work out how to make it a consumer experience on a grand scale.

“I could put people in a room that I built and go, “This is gonna be an amazing experience”, but how do you then have it so it’s easily accessible for people? You’re going to have more intimacy and then you’re going to notice, hear it, and going to really listen to it. That’s what music is about. I don’t want people to listen to these mixes and go, this is a mix. I want people to listen to the song and go, “how does this make me feel?” That’s the key. It doesn’t have The Beatles – it can be anyone – as long as they feel something when they listen to it.

Martin says “Strawberry Fields” was his dad’s proudest work as a producer and explains how the song perfectly showcases spatial audio:

“It was my dad’s proudest work as a producer because it was two different takes, two different speeds, he put the strings, and he created this thing. And it’s a lovely story, John Lennon got in touch with him and they didn’t speak for a while for different reasons. This was the month before Lennon died, and my dad went to go see him in the Dakota building.

“John said, “you know, I’d love to just go back and record everything again properly this time”. And my dad was like, “what?!” And he says “Come on, we probably could do a lot better this time around.” My dad goes “what about Strawberry Fields?” and John went “especially Strawberry Fields” — so the legacy and the importance of that song for me personally is huge. And then you take the multitrack and ask yourself: How do I make it Spatial?

The Beatles, and several other artists (including South African musicians), have their catalogue on Apple Music in Spatial Audio.

This technology is currently only accessible via the latest generation AirPods or Beats earphones which support Spatial Audio. It is also available via the Music app on Apple TV, when it’s connected to Dolby Atmos compatible sound equipment. Those without the latest generation of AirPods can still experience high-resolution lossless audio by using supported wired earphones.

Continue Reading
You may also like...
Related Topics:apple music, stream of the day