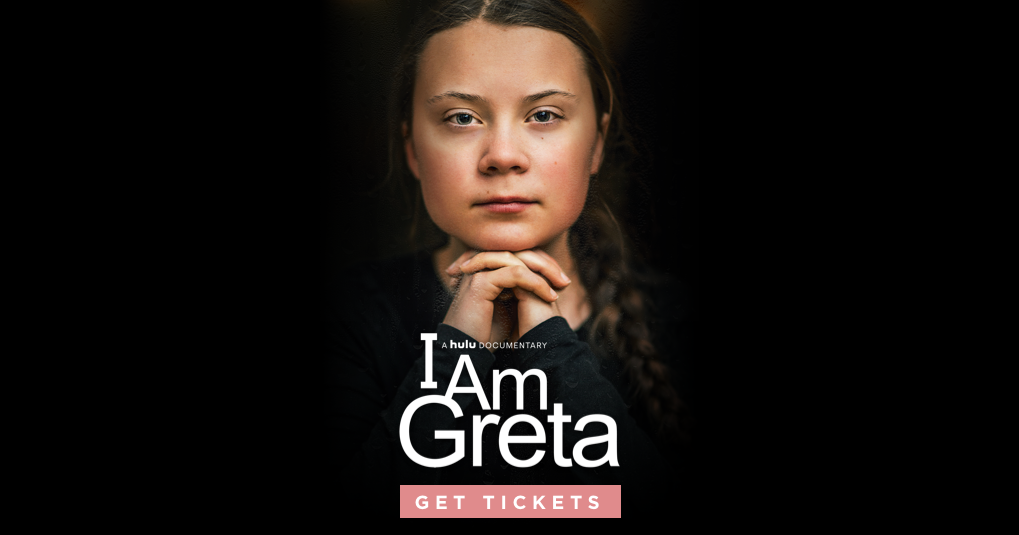 One of the films in this year’s European Film Festival, being streamed free in South Africa, is I am Greta, the new documentary on Greta Thunberg, the Swedish teenager whose quiet yet laser-sharp focus has generated massive public attention on climate change, and inspired a generation of young activists.  The film will be screened online in South Africa from 12 to 22 November. It will be augmented by a number of climate action activities, including a live discussion on Friday, 13 November, at 18:00 (South African Time).

Climate change is undoubtedly one of the greatest crises humanity has ever faced. In 2015, 196 countries signed the Paris Climate Accord to reduce greenhouse gas emissions and slow global warming. There are many who say the Paris Climate Agreement does not go nearly far enough to address the urgencies, nor the imperative, of climate justice.

Another question is how effective the commitments are in practice. Signing a non-binding Agreement is one thing, but implementation is another – especially here in the world’s most unequal country, where an internal Global North way overproduces and overconsumes an excessive share of the continent’s emissions.

This hard-to-hear reality underscores the importance of both climate action and climate justice organisations and watchdogs. They monitor progress or shortcomings, and hold governments, corporations, the wealthy and multilateral transgressors accountable.

The European Film Festival’s climate programme includes screenings of the I am Greta documentary and awareness discussions in schools and community centres around the country, as well as the live Zoom event, Climate Justice South Africa: sharpening the spear. The event brings pertinent experts together for a series of short presentations articulating the status of local climate change impacts, and outlining mitigation strategies, initiatives, and ways forward for South Africa.

In a presentation entitled From Climate (in)Action to Climate Justice, an author of numerous books and articles, Professor Patrick Bond of the University of the Western Cape School of Government, will offer an overview of climate politics and projects in South Africa. His critiques are razor sharp, and tackle the UN, national and municipal governments, corporations and activists, in turn.

From the renowned advocacy and activist group Earthlife Africa, Ulrich Steenkamp’s presentation on Energy Democracy is framed against the democratic rights of the citizens of this country, the need for access to clean energy, and for participation in decision-making processes.

Avena Jacklin of the Pietermaritzburg-based NGO groundWork/Friends of the Earth South Africa addresses Environmental Protection Urgencies. She connects the dots from climate to the devastating water crises – droughts and periodic floods – and the importance of reshaping management of this basic resource.

The younger generation is whose future is most at stake, as argued by Ayakha Melithafa from the Africa Climate Alliance. What innovative approaches do the youth bring to advocacy efforts and awareness campaigns? How does Youth Activism feed into policy and legislative processes so that South Africa is able to address the challenges with integrity, fairness and justice? What ecological and social rights do we need to recognise what must be ensured for future generations?

All the member states participating in the European Film Festival, including South Africa, are signatories to the Paris Agreement. Now that the United States is likely to rejoin Paris once Donald Trump vacates the White House on 20 January, a global-to-national-to-local scan is vital.

Greta Thunberg teaches us how to do this through the idealistic eyes of the youth. The live Zoom discussion is a reminder of the climate catastrophe and a call to action, to all of us.

Access the event at 18.00 (SA time) on Friday 13 November through a link from the Special Events page on www.eurofilmfest.co.za.

This event is dedicated to the memory of Fikile Ntshangase, the anti-mining activist who was killed in her home on 22 October. Ntshangase was the deputy chairperson of the Mfolozi Community Environmental Justice Organisation (Mcejo), which has stood steadfastly against the Tendele Coal Mine’s expansion in the Somkhele village area.