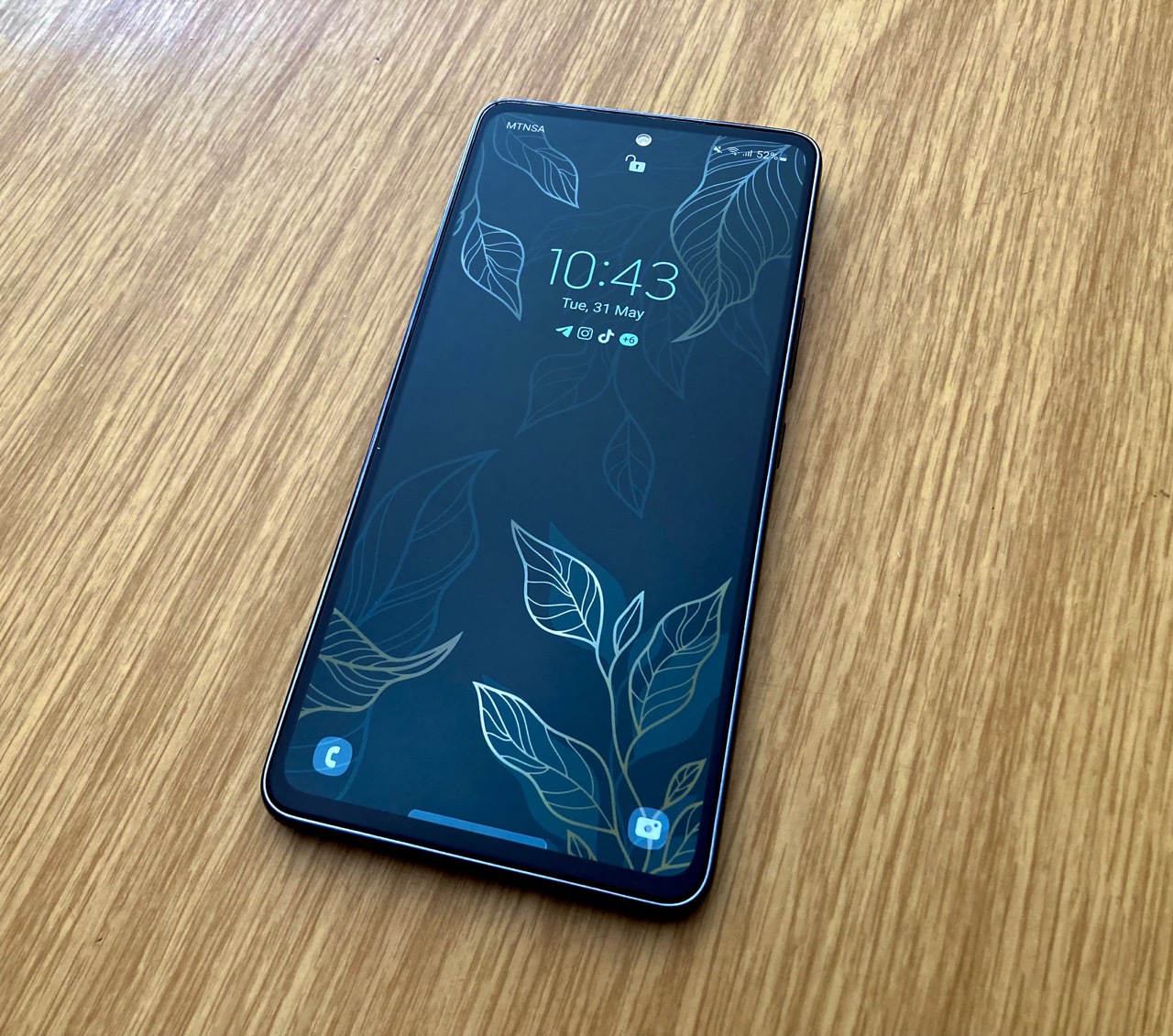 5G has gone mainstream in Samsung’s Galaxy A-series line-up, which solidifies the proliferation of the latest high-speed connectivity technology in the mid-range. The Galaxy A53 5G offers exactly what one needs to get a 5G connection, at under R10,000.

The box is also slimmer, like the newer Samsung devices, for a reason: one will need to buy a USB-C charger with the device. This can be a point of frustration for many, since previous phone chargers will likely have had a USB-A port. The box, however, is generous enough to contain a USB-C to USB-C cable for fast charging.

The device has a small enhancement: it keeps a similar low-bezel screen and camera design language, while rounding the corners for a slightly better grip. The unit we reviewed was matte black, and remains as elegant and stylish as the A52s 5G. The rounded corner design looks like it will be more rugged than the previous generation A-series handsets.

The design of ports and buttons is very low-profile: a USB-C charging port on the bottom, a dual-SIM tray to the left of the port, and a speaker to the right. All the buttons run along the right side of the device. The top earpiece speaker is a secondary speaker for stereo sound, which is a huge plus for watching content or listening to music.

The camera array matches the previous generation, which speaks to the quality of the cameras, but not to any incentive to upgrade. It features the same 64MP main sensor with optical image stabilisation (OIS), which helps produce better images taken with shaky hands. Video can be recorded in 4K/UHD at 30 frames per second (fps). The other sensors in the array include 12MP ultrawide, 5MP macro, and 5MP depth, which enable various types of photography.

The screen is a smooth 120Hz, 6.5-inch, 1080×2400 resolution display, exactly like the A52s 5G. It’s also covered with Corning Gorilla Glass 5, which means the device will probably not shatter when dropped. An improved fingerprint sensor underneath the screen is slightly faster than the previous generation. The front camera is a 32MP sensor, which sits in a punch hole at the top of the display.

Instead of a Qualcomm processor (as seen in the A52s 5G), the A53 5G has an Exynos 1280, which is a 5nm octa-core chip. The performance is comparable with the predecessor: fast gaming and low latency 5G gaming. It scored 72 frames per second on average (fps-a) on PUBG Mobile, which is a slight 2fps-a more than the A52s 5G. The 5000 mAh battery can power through a day of answering messages, short gaming sessions, and taking phone calls. The performance is complemented with 6GB of RAM, which may seem small, but Samsung’s Gaming Mode optimises the handset to devote nearly all resources to the game.

Uploads and downloads over 5G are so fast that we can barely cancel operations before they’ve finished. We downloaded an 800MB episode of a TV show from Netflix in 23 seconds (averaging 300Mbit/second speeds on MTN 5G).

The software is also the latest: One UI 4.1 with Android 12, so the latest features and security updates are installed on the device. It comes with 128GB of storage: ample room for photos, videos, and music.

At R8,495 from Samsung Store South Africa, the Galaxy A53 5G is a strong contender for one’s next upgrade – provided it’s from a Galaxy A51. If you have the A52s 5G, you will barely notice a difference.

No charger in box

Not too different from A52s 5G