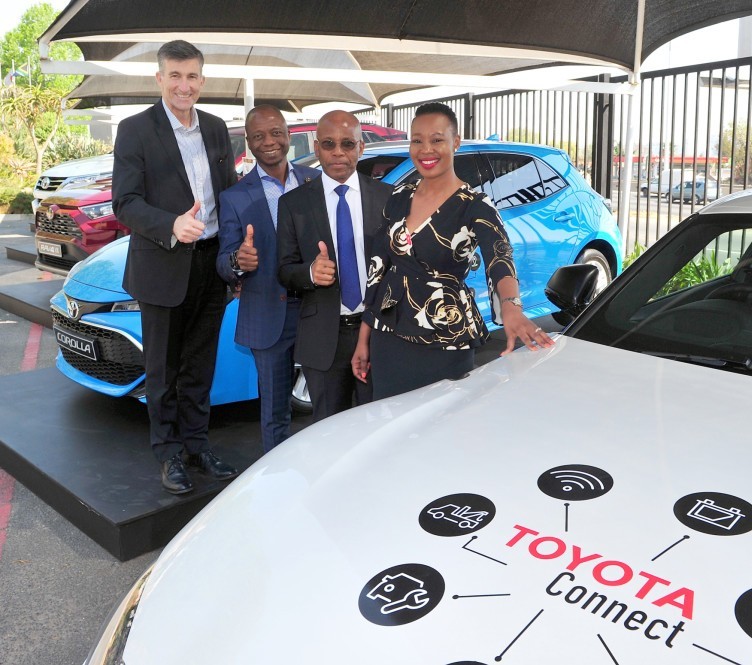 Vodacom has announced a partnership with Toyota and Altron Netstar to connect every Toyota car to the Internet. The solution is South African-engineered and pioneers connected driving in the global market, in terms of standardising the offering across the entire range of cars.

“From the 1st of September, every Toyota and Lexus model sold will be connected,” says Kerry Roodt, General Manager of Marketing Communications at Toyota South Africa. “This includes Wi-Fi connectivity and 15GB of data. This enables the app to work wherever the driver is situated, so they don’t need to be near the car to use the app.”

Those who don’t want the 15GB of data will still be able to use the features of the connected car, without the Wi-Fi hotspot, free of charge.

Andrew Kirby, President and CEO of Toyota South Africa Motors, says: “For any mainstream brand, we are a first to introduce this technology as standard across all models, whether it be a Land Cruiser or an Etios. This is not cheap technology; it is a significant investment on our part that we were ready to make.”

The benefits of having a connected car are:

“Our collaboration with Toyota has been a global first,” says Mteto Nyathi, chief executive officer of Altron Group. “We needed to make sure we met the global standards, as well. Anyone who knows Toyota’s standards knows that they’re high. We’re excited because now we’ve made this high-quality technology that can compete in the global market.”

“This is important when you consider where we’re coming from,” says William Mzimba, CEO of Vodacom Business. “When you contextualise this partnership, this speaks to a connected future. We don’t have to wait for 5G, we have technologies that can connect us at rapid speeds. It’s exciting to see that Toyota is not just talking about it, they’re actually doing it. We are now taking the user experience and connecting users with their car.”

The Altron Netstar group has pioneered connected tracking technology, but had to develop new technology to make this happen.

“It should never be confused with stolen vehicle technology,” says Nyathi. “We have a completely separate solution for telematics and WiFi. To combine WiFi with telematics in a small device, I am proud of our team to address these challenges. To be able to come up with a technology that’s developed and manufactured in South Africa is quite something, and ultimately contributes to South Africa’s economy.”

Kirby says: “Vodacom has managed to separate telematics data on a prepaid portion of the SIM, while another portion belongs to the WiFi in the car. If the WiFi runs out, the car can continue running applications like linked GPS maps and car tracking free of charge.”

This partnership marks the start of a longer-term vision to enable a more connected society by paving the way for the expansion of broadband access to as many South Africans as possible.

Vodacom’s partnership with Altron Netstar and Toyota is the first step towards a more connected future, where autonomous cars will become a reality.