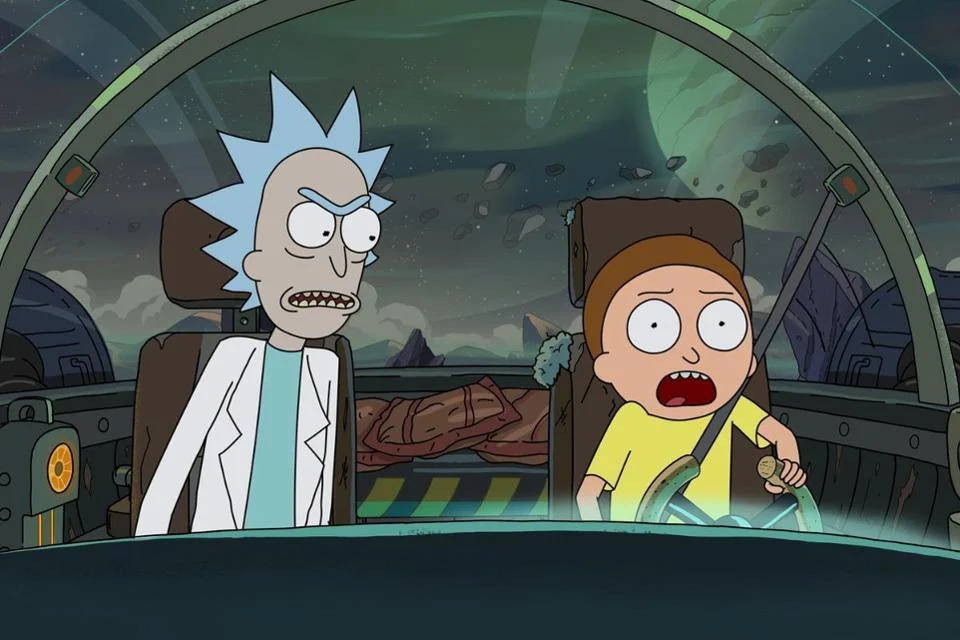 The first episode of Rick and Morty Season 5 has just started streaming on Showmax, with new episodes coming every Monday until 23 August 2021.

Rick Sanchez is a sociopathic genius scientist living with his daughter Beth’s family, constantly bringing her, his son-in-law Jerry, granddaughter Summer, and timid grandson Morty on insanely dangerous adventures across the multiverse.

In 2020, Rick and Morty won its second Outstanding Animated Program Emmy in three years. The Adult Swim favourite is currently the 14th highest-rated series of all time on IMDb, with a 9.2/10 rating from nearly 400 000 fans. That makes Rick and Morty the second highest-rated animated series of all time, behind only Avatar: The Last Airbender. It’s also one of the most-binged series on Showmax, which has all four previous seasons available to stream.

Co-creator Dan Harmon says he never expected Rick and Morty to become such a big success. “I love this show and I wanted it to be the best show on TV,” he says. “I’m arrogant enough to have expected it to be good, but I didn’t expect it to become so popular. It was the least expected thing in the world.”

“Aside from the series being funny, it’s also relatable,” he says. “People seem to relate to the dynamic of the Smith family, and seeing the evolution of all the characters is a big part of that.”

Here are five things to know about the new season, which you can expect to get schwifty quickly:

The Smith family are on the run

Dan hints that the family dynamic remains central in Season 5. “This season has more insane adventures –  and more insight into the Smith family. Viewers can expect to see more from Jerry and Beth’s relationship and more development between Summer and Rick.”

But while the show is going deeper relationally, with hints that Rick may not be in as much control of the Smiths as before, it’s adding more action too. Co-creator Justin Roiland adds, “The Smith family is on the run this season, so there’s a lot more action mixed with family bonding.“

Morty has a relationship – and it’s not with Jessica

Since the beginning of Rick and Morty, 14-year-old Morty has been obsessed with the cute red-head at school, Jessica. But Dan says, in the episode he’s most excited about, ”Morty has a relationship with another female character – that’s not Jessica. It’s just a great little story and my longtime friend and collaborator Rob Schrab wrote it.” Is this the season Morty finally gets over Jessica?

Glow’s Alison Brie is a guest star
Alison Brie, a Critics Choice nominee for Glow and Community, and an Annie Award nominee for Bojack Horseman, joins the voice cast this season, as do the likes of six-time Grammy-nominated comedian Jim Gaffigan (Bob’s Burgers, Star vs. The Forces of Evil) and Teen Choice winner Jennifer Coolidge (Gravity Falls, A Cinderella Story, American Pie). Dan says, “We have a lot of great guest stars this season that we are super excited about.. There’s a lot of exciting voices to hear from.”

“We didn’t do anything that was pandemic-related on screen,” says Dan. “Our show is kind of challenging to be topical because we have no idea how/when things will change and how long something will take, and we really have to write far in advance.”

Justin says, “The pandemic has influenced how we work, but we never really had plans to insert it into this season because I think our show offers an escape for viewers from the real world.”

In 2018, when Rick and Morty was renewed for 70 episodes, Kanye West tweeted, “This is the greatest news. This is my favorite show. I’ve seen every episode at least 5 times each.”

The creators responded later by offering him his own episode, but it hasn’t happened – yet.

Justin says, “It was definitely a sincere and legitimate offer, and we want to keep trying to make it happen. We love the idea of doing something with Kanye: we just need to pinpoint what that something is.”

“When Kanye does sign onto Rick and Morty, it would have to be more original rather than just having him voice a character,” says Dan. “We want to make sure that whatever he does is very much true to his identity as an artist as much as it is to the Rick and Morty universe.”