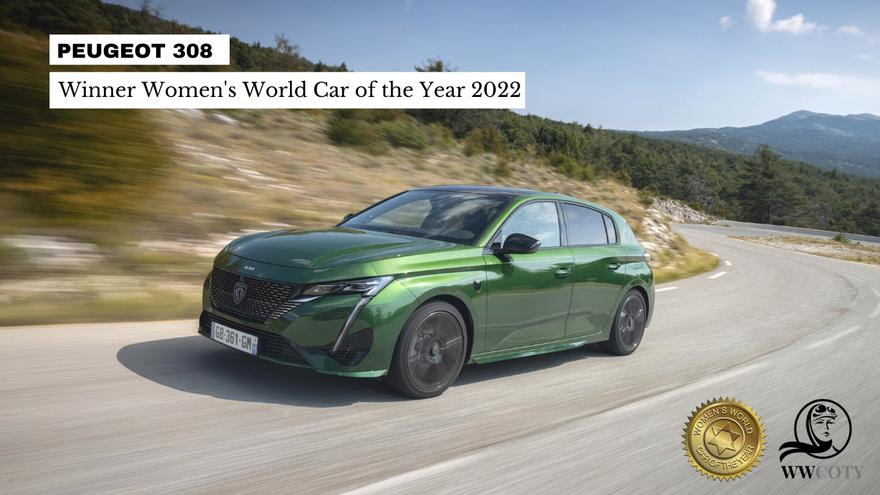 At midnight last night in New Zealand, the new Peugeot 308 was named Women’s World Car of the Year (WWCOTY) 2022 by an exclusively female jury,

The 56 members of the Women Worldwide Car of The Year jury, representing 40 countries on all 5 continents, chose the 308 ahead of 65 new models launched in 2021 and entered in the competition.

The title is contested over two rounds, with the first round seeing voting of winning models in 6 categories, which then make up the finalists. In that round, the 308 was named “Urban and Compact Car of the Year 2022” by the female automotive journalists who make up the jury.

Three of the six finalists were electronic vehicles.

The category winners were:

This is the first time since the competition began in 2009 that Peugeot has received the overall award. According tp its manufacturer, Stellantis, “The new 308 seduces through its design, technology, and wide offer of efficient engines.”

The WWCOTY, created by New Zealand motoring journalist Sandy Myhre, is the only automotive award in the world that is judged exclusively by women automotive journalists.

The voting criteria are the same as those that guide any driver in choosing a car. It is not about choosing a “woman’s car”. Aspects such as safety, quality, purchase price, design, intuitive driving, and ecological footprint, are taken into account in the voting.

EV versus ICE:  Who wins in cost per km?
Huawei launches new MatePad in SA