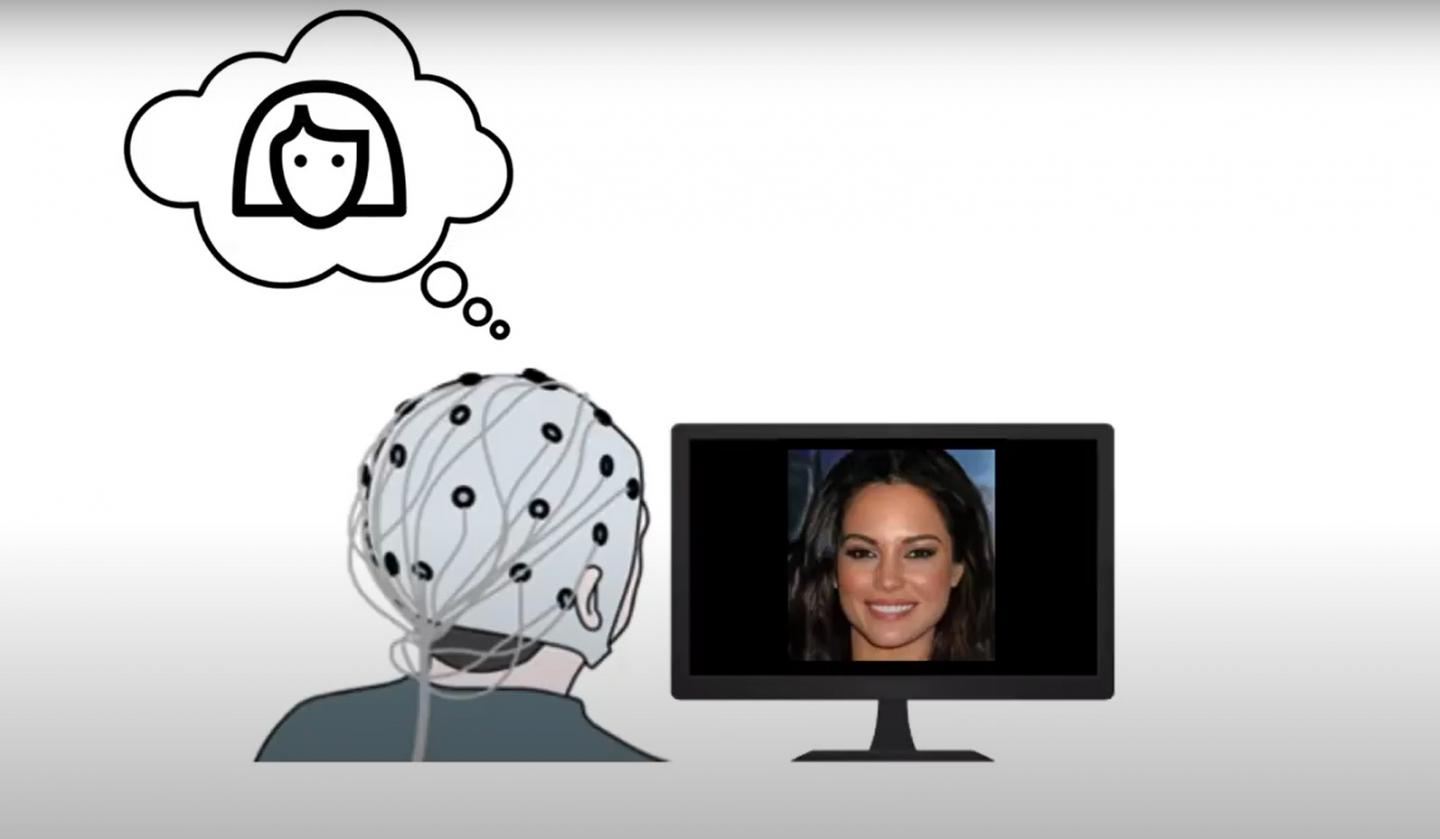 Researchers at the University of Helsinki have developed a technique in which a computer models visual perception by monitoring human brain signals. In a way, it is as if the computer tries to imagine what a human is thinking about. As a result of this imagining, the computer is able to produce entirely new information, such as fictional images that were never before seen.

As far as is known, the new study is the first where both the computer’s presentation of the information and brain signals were modelled simultaneously using artificial intelligence methods. Images that matched the visual characteristics that participants were focusing on were generated through interaction between human brain responses and a generative neural network.

The researchers call this method neuroadaptive generative modelling. A total of 31 volunteers participated in a study that evaluated the effectiveness of the technique. Participants were shown hundreds of AI-generated images of diverse-looking people while their EEG was recorded.

The subjects were asked to concentrate on certain features, such as faces that looked old or were smiling. While looking at a rapidly presented series of face images, the EEGs of the subjects were fed to a neural network, which inferred whether any image was detected by the brain as matching what the subjects were looking for.

“The technique combines natural human responses with the computer’s ability to create new information. In the experiment, the participants were only asked to look at the computer-generated images. The computer, in turn, modelled the images displayed and the human reaction toward the images by using human brain responses. From this, the computer can create an entirely new image that matches the user’s intention,” says Tuukka Ruotsalo, Academy of Finland Research Fellow at the University of Helsinki, Finland and Associate Professor at the University of Copenhagen, Denmark.

Unconscious attitudes may be exposed

Generating images of the human face is only one example of the technique’s potential uses. One practical benefit of the study may be that computers can augment human creativity.

“If you want to draw or illustrate something but are unable to do so, the computer may help you to achieve your goal. It could just observe the focus of attention and predict what you would like to create,” Ruotsalo says. However, the researchers believe that the technique may be used to gain understanding of perception and the underlying processes in our mind.

“The technique does not recognise thoughts but rather responds to the associations we have with mental categories. Thus, while we are not able to find out the identity of a specific ‘old person’ a participant was thinking of, we may gain an understanding of what they associate with old age. We, therefore, believe it may provide a new way of gaining insight into social, cognitive and emotional processes,” says Senior Researcher Michiel Spapé.

According to Spapé, this is also interesting from a psychological perspective.

“One person’s idea of an elderly person may be very different from another’s. We are currently uncovering whether our technique might expose unconscious associations, for example by looking if the computer always renders old people as, say, smiling men.”