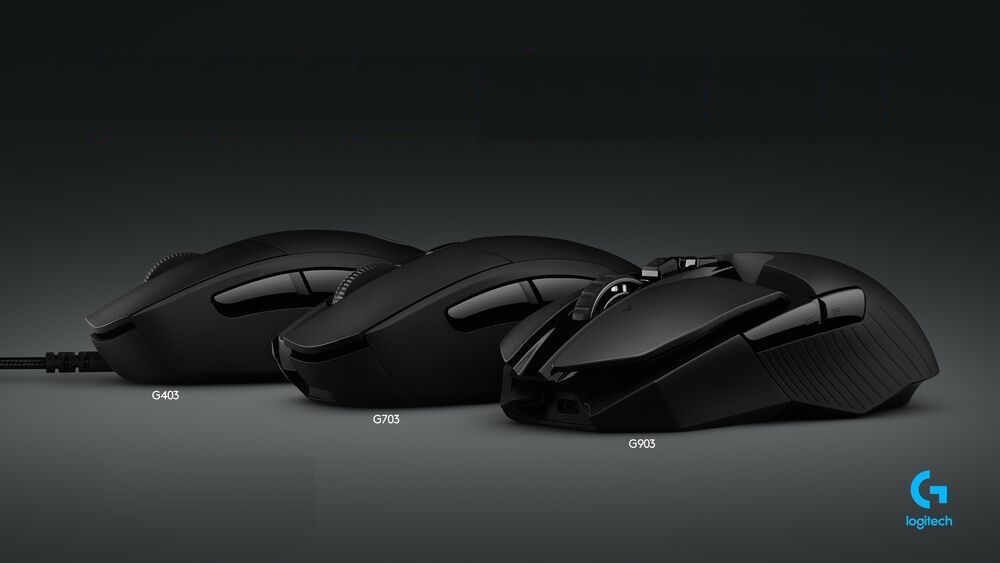 “Since its introduction, our exclusive HERO sensor has been a breakthrough in sensor technology, and people love it,” said Ujesh Desai, vice president and general manager of Logitech Gaming. “Rolling this out across more of our gaming mice just made sense, and we’re excited to offer more gamers the accuracy and battery life needed to perform at their best.”

The flagship G903 is upgraded with the best-in-class HERO 16K sensor, which delivers precise gameplay and 10x the power efficiency of the previous generation. This results in 140 hours of battery. The G903 includes: Logitech G’s Lightspeed Wireless technology, compatibility with Logitech G’s Powerplay Wireless Charging System, immersive 16.8M Lightsync RGB, ambidextrous design, and up to 11 programmable buttons for precise gameplay.

Designed to comfortably fit in a user’s hand, the G703 Lightspeed is also upgraded with the HERO 16K sensor for incredible tracking performance and accuracy. With the G703, Logitech focused on reducing overall weight to 95g, while improving battery life to up to 35 hours on a single charge. Lightspeed Wireless technology provides precise gameplay at 16,000 max DPI and zero smoothing, plus enhanced wireless performance, and it is compatible with the Logitech G Powerplay Wireless Charging System.

Rounding out the updated line-up is the G403 HERO. With a lightweight, ergonomically designed shape, and new HERO sensor, the wired G403 HERO gives users the tracking accuracy and performance they need to win. It also features Lightsync RGB, a 10g removable weight and six programmable buttons that can be tuned to gamers’ exact preferences.

To help gamers get the most from their gear, all three gaming mice can be customized using Logitech’s G HUB advanced gaming software. Featuring a clean and modern interface, the software allows gamers to quickly personalize their gear per game, share and download profiles with others and more.

Related Topics:logitechproduct of the day
Up Next