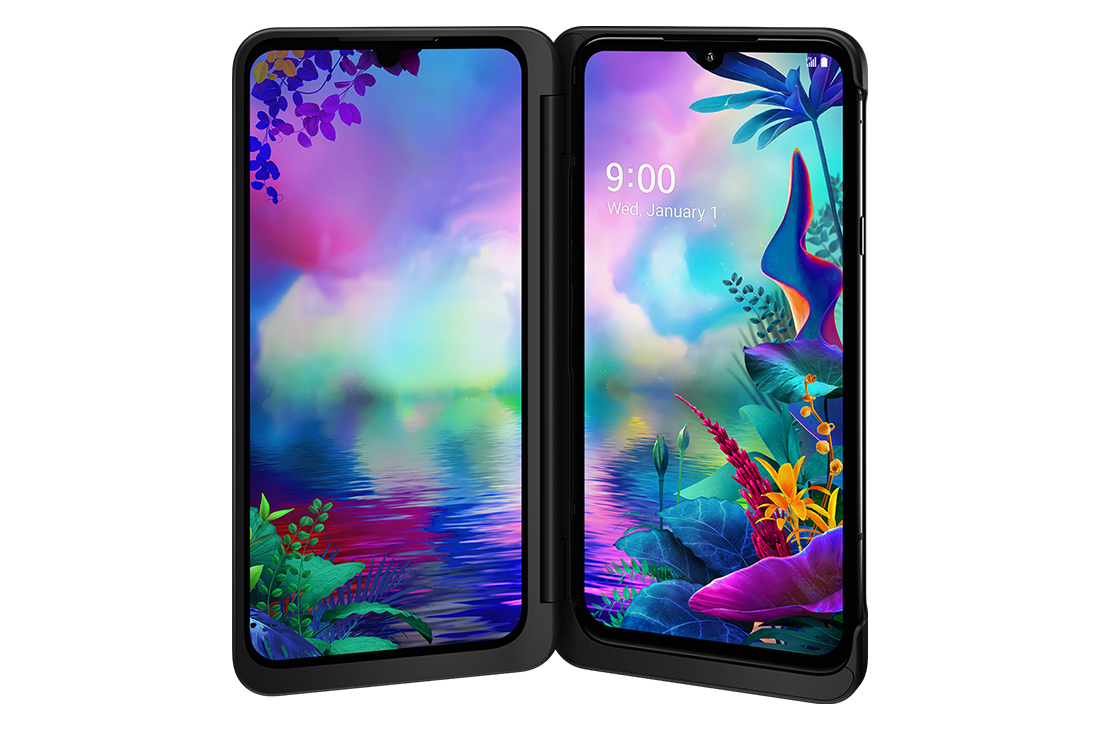 The handset lets consumers stay on top of two apps at the same time, whether texting a friend while watching a video, updating fantasy football while researching stats, or sharing and comparing while online shopping. And if users don’t want the second screen (depending on the scenario), it can detach.

It features a convenient cover display, with the essentials like notifications, date, time, battery life available at a glance. With a 360° Freestop Hinge, LG Dual Screen is able to lock into at any angle, making it practical for use as a game controller at 120°, a mini-laptop at 140°, flat at 180°, a stand or tent at 270°, or to take a call flipped back on itself at 360°.

LG Game Pad is a dual screen experience designed to level up mobile gaming and deliver an edge in the competitive moment. It gives gamers a view of a game on one screen and a full virtual controller on the other, giving the options to choose from multiple controllers or build a custom layout to match specific game play needs and styles. LG Game Pad mimics touch input on the main display, making it compatible with most games.

The LG Smart Keyboard converts the device into a mini-laptop. The bottom display transforms into a full-screen virtual keyboard, which makes it possible to write emails on one display and watch the text flow on the other.

“The introduction of LG G8XThinQ and LG Dual Screen enables us to be part of the conversation around larger mobile displays but at a much more price-friendly entry point,” says Morris Lee, senior vice president at LG Electronics Mobile Communications Company. “From the industry’s first wide angle camera in a smartphone, rear-mounted fingerprint sensor and optical gesture control, LG continues to push the boundaries of smartphone innovation and this continues with LG G8XThinQ Dual Screen.”