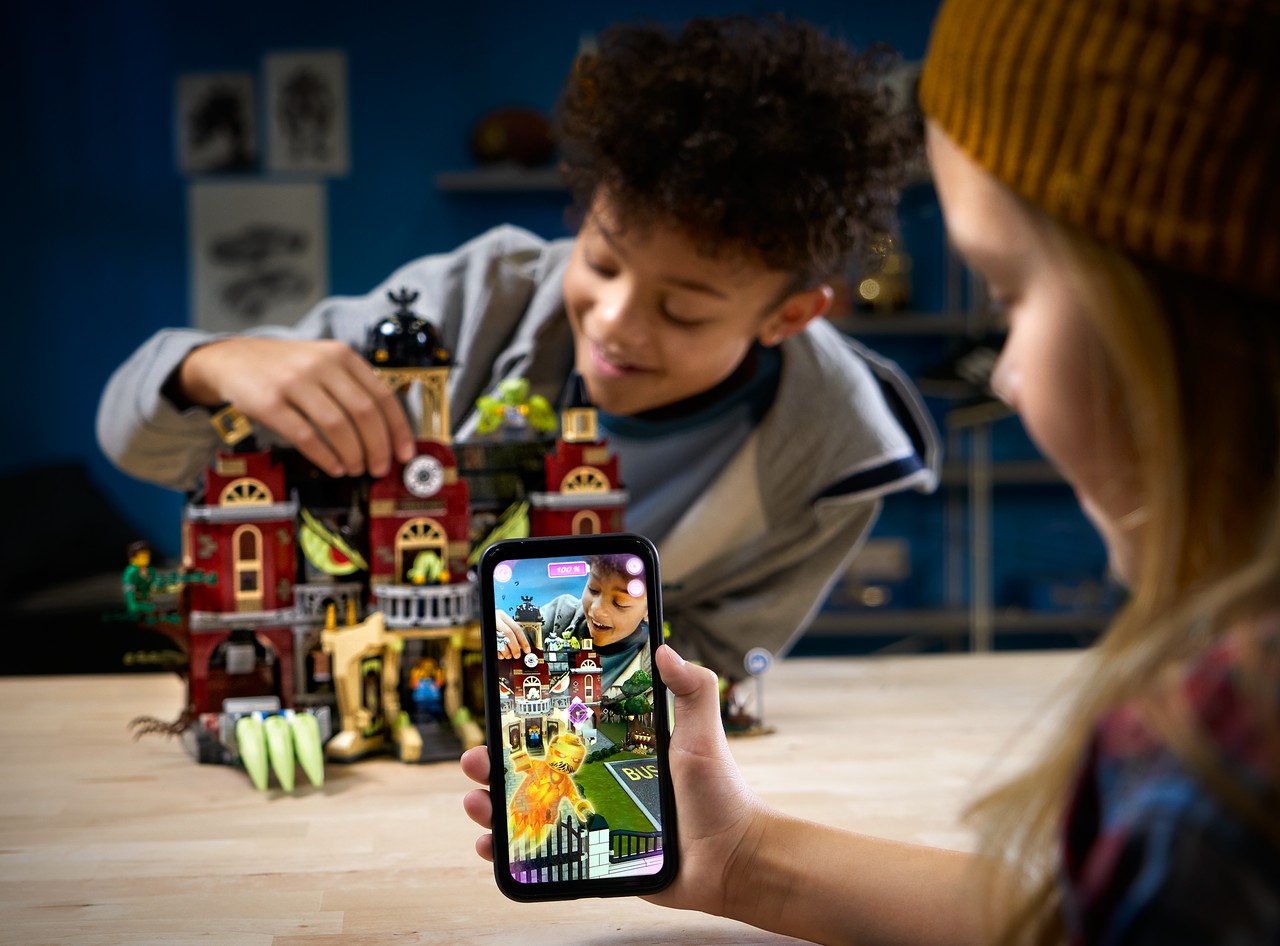 This is what we know about the workings of the AR app:

Possibly the most intriguing aspect of the app is that various scenarios involve dynamic gameplay that requires one to “keep one hand in each world” to progress the play.

Says Donaldson: “As we have designed LEGO Hidden Side, physical manipulation of the LEGO models alters the AR experience, and the AR experience prompts new things to discover in the physical models, creating a deeply engaging reciprocal play experience in two worlds that has never been seen before.”

There is a bonus in the app, for those who want to explore it without owning any of the kits:  it includes a digital game that can be played independently of the sets.

“We’re leveraging some of the best elements of mobile games to keep the experience fresh, encouraging kids to return to their Lego sets time and again to see what is different,” says Donaldson.

The Lego Hidden Side app will be a free download from the iOS App Store for iPhones and Google Play for Android handsets. For more information, visit www.lego.com/hiddenside

The Lego Hidden Side sets are available from The Great Yellow Brick online store or from the Lego Certified Stores.

Previous Page2 of 2Next Page
Related Topics:featuredLego
Up Next