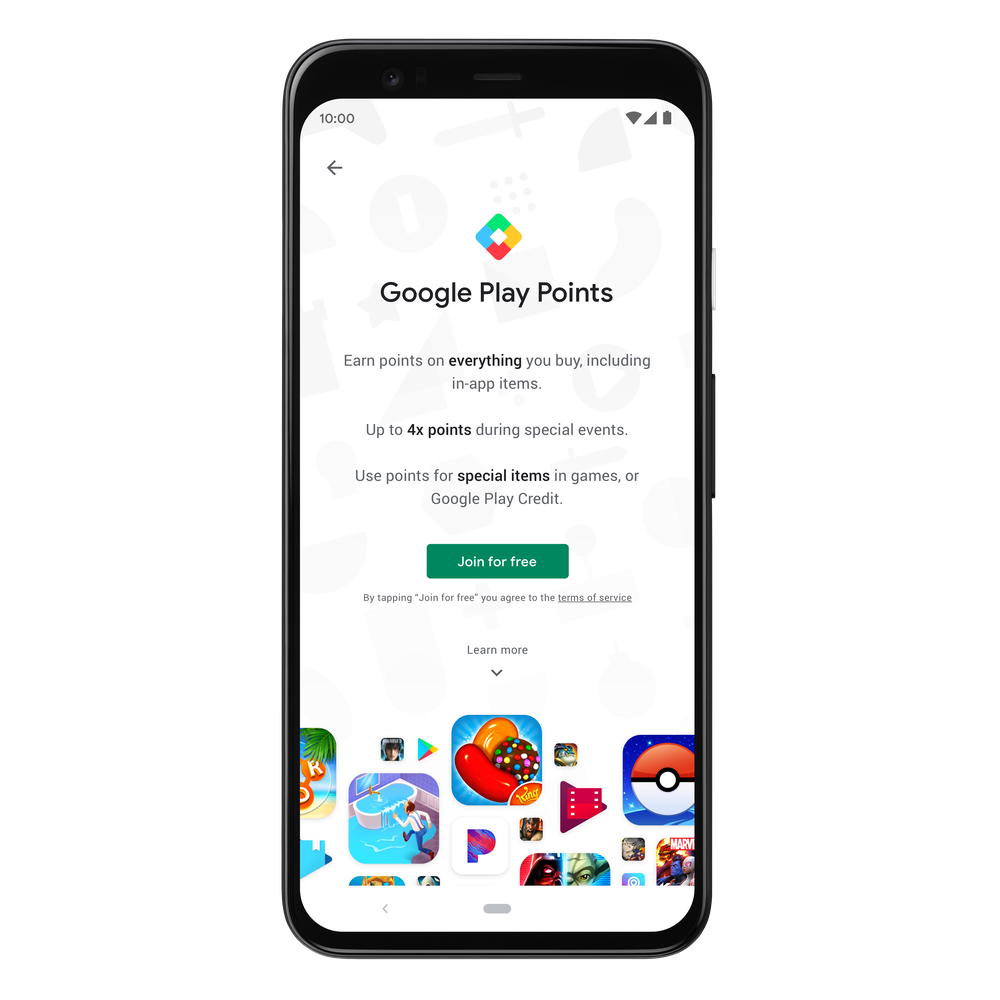 Google has launched Google Play Points, a rewards programme for Google Play users that enables them to earn points for the way they use Google Play.

The rewards programme has launched in South Africa and 12 other countries —  Denmark, Finland, Greece, Ireland, Italy, Netherlands, Norway, Saudi Arabia, Spain, Sweden, Switzerland, and the UAE. The programme allows users to earn points and redeem them for in-app items or Google Play Credit.

Users can earn points on games, apps, movies, and other items on the Play Store, including in-game items and subscriptions. The reward points can also be earned through downloading free apps and games that are featured, alongside weekly points that can boost the earning rate of points for users on select games and movies.

Google Play Points has four levels, from Bronze to Platinum. The level achieved by a user is dependent on how many points collected. Higher levels include perks like weekly prizes.

Google is partnering with developers of some of the top apps and games on the Play Store — allowing users to redeem points for special in-app items such as characters, gems and other in-app items.

“More than 2 billion people in 190 countries use Google Play to discover blockbuster movies, apps that help you be more productive, and books that inspire imagination,” says Mariam Abdulahi, director of Africa Platform Partnerships for Android and Google Play. “To show our appreciation, Google created a rewards programme called Google Play Points that lets you earn points and rewards for the ways you already use Google Play. Over the past two years, millions of people have joined the programme in countries where it’s available. From this week, South Africans will be able to sign up too.”

To sign up, visit Google Play, tap ‘menu’ in the top right and then ‘Play Points’. Users will earn three times the Play Points on everything bought in the first week from the store.

Continue Reading
You may also like...
Related Topics:Google Play, Google Play Store, product of the day