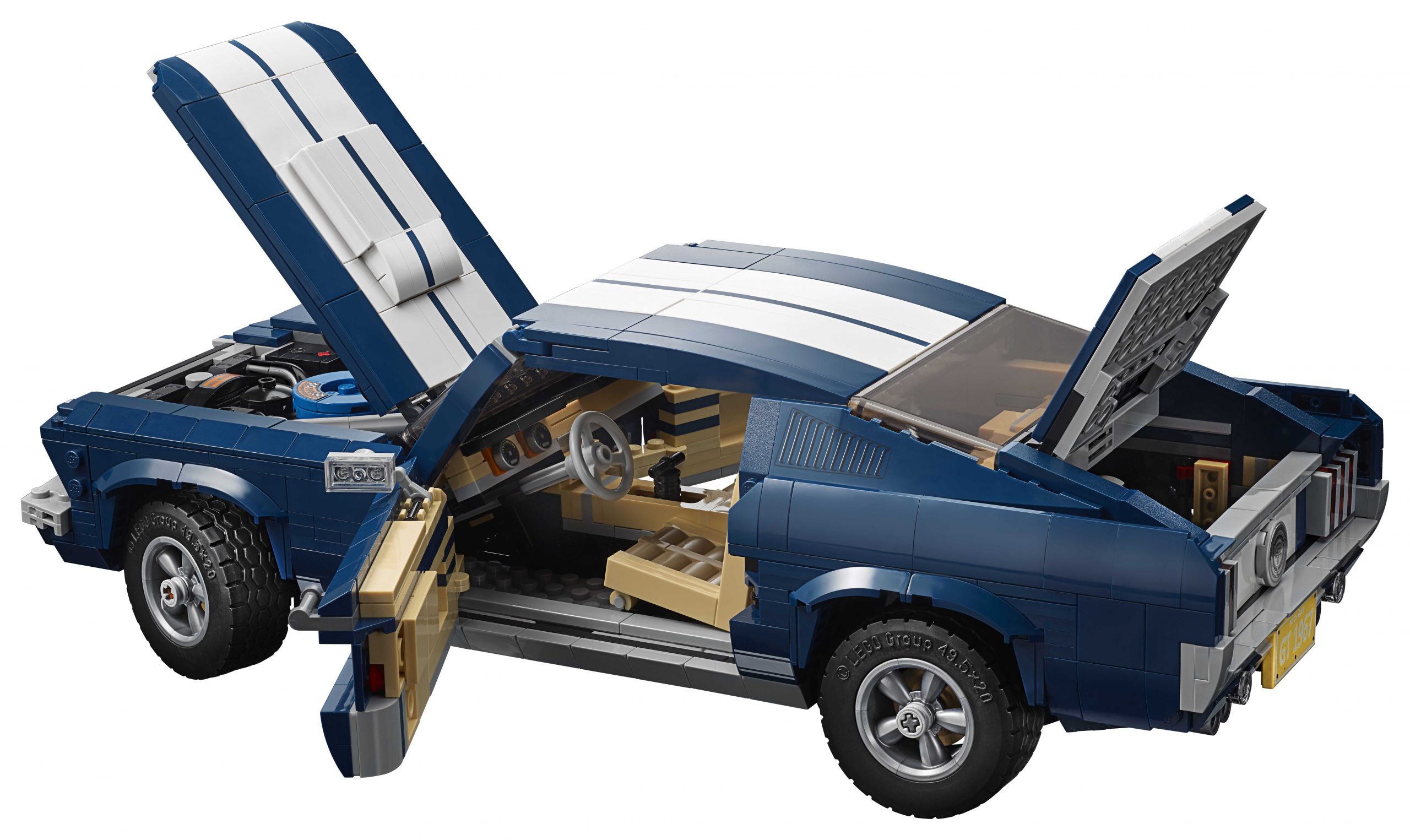 The Lego Creator Expert Ford Mustang was developed in a partnership between Ford and Lego Group. It was created to celebrate international Lego Day (28 January). The Creator Expert: Ford Mustang model is based on a 1967 Fastback and is available to purchase in South Africa.

The model muscle car is made of 1,470 pieces and includes working steering, dark-blue bodywork, white racing stripes, bonnet scoop, printed Mustang grille badge, GT emblems, and five-spoke rims with road-gripping tyres. The Mustang model measures 10 centimetres in height, 34 centimetres in length and 14 centimetres in width. According to Ford and Lego, the set gives budding builders the chance to customise the American icon to their own specification, thanks to a collection of optional add-ons — while retaining its recognisable symbol of the Mustang logo.

“The Ford Mustang is one of the most iconic muscle cars of the past six decades, and to have its combination of design and heritage replicated by this set is exciting for fans of both Ford and Lego,” says Doreen Mashinini, general manager marketing at Ford Motor Company of Southern Africa (FMCSA).

The authentic replica model also allows owners to store items in the trunk or lift the hood to reveal a detailed big block 6.4-litre V8 engine with battery, hoses and air filter detailing. The rear axle of the car can be lifted to further augment the model’s looks and, the doors can be opened and the roof panel removed to give access to the detailed interior with classic seats, radio, working steering, and a mid-console gearshift.

A printed Mustang grille badge, GT emblems and a selection of license plates add additional realism to the model. While the model Mustang looks good, Ford also has a range of real life size Mustangs for sale for those who can afford — though not the classic models.

In South Africa, the Ford Mustang is available in coupe and convertible body styles, with a choice of a 331kW 5.0-litre V8 petrol engine, or the 213kW 2.3-litre EcoBoost petrol engine.

Click here to learn more about the Lego Mustang.

Toyota reveals new Corolla to be built in Durban