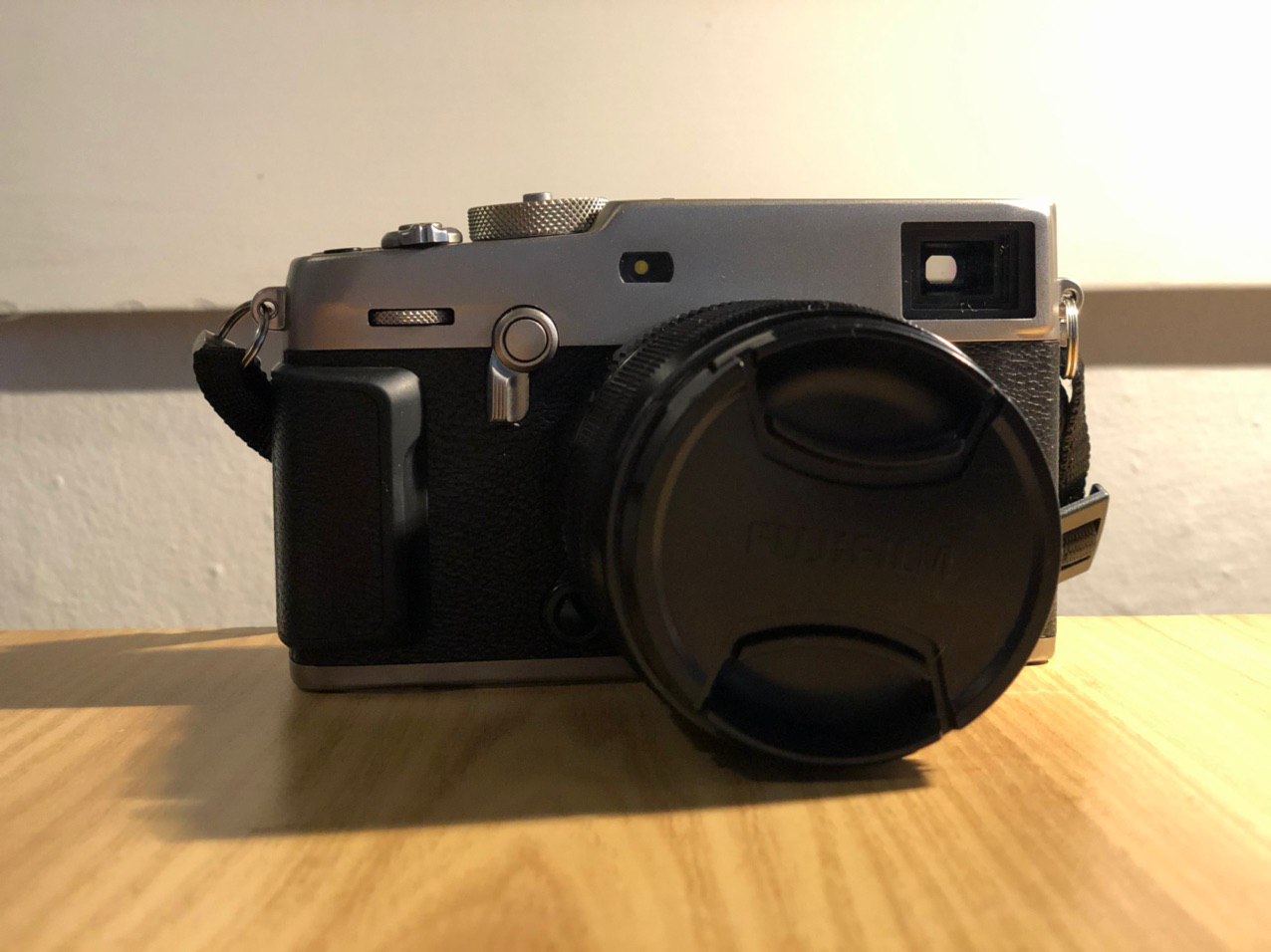 The professional camera market is conforming to a standardised form factor, where it’s becoming increasingly difficult to tell cameras brands apart. Fujifilm has chosen to diverge from this design with its latest X-Pro camera, which stands out with a more traditional look.

The Fujifilm X-Pro3 draws on a film-era camera design, and cleverly implements film-style features to enhance the effect of digital photography. It does this with a double-sided LCD panel that flips out, which hides the large modern-looking touchscreen LCD behind a smaller LCD. For those who don’t remember film cameras, they had a small indicator window which showed the user the type of film they had loaded in the camera.

This smaller LCD replicates this effect by showing users what “film” they’re shooting with, which captures the magic of looking like the window in older style SLR analogue cameras. In reality, the film is a subtle digital filter which is applied to the picture. This takes some getting used to if you’re not acquainted with the quirks of the different types of film used in film photography.

The camera’s frame is made from brushed magnesium, which makes it very durable against minor dings, while the top and base are made from coated titanium to prevent scratches. The rest of the body is wrapped in a leather-like material. This makes the camera light but also feel quite substantial, at 497 grams.

A dial on the front of the camera allows users to switch between an Optical Viewfinder (OVF) and an Electronic Viewfinder (EVF). The OVF is designed to get information like exposure, shutter speed, and ISO projected onto the transparent part of the viewfinder, while the EVF is a small 0.5-inch OLED panel which shows the image as it’s seen through the sensor. This is another way the X-Pro3 combines a retro feel with the latest in camera technology.

Apart from the film-era look, the X-Pro3 supports two SD card slots, which allows for a reliable means of storing images. Using dual SD cards helps mitigate SD card failure, ensuring all one’s virtual eggs aren’t in one basket. It also enables functionality to store RAW images on one card and JPEGs on the other. Finally, if one runs out of storage space, the second card can be used as an overflow.

Built-in Bluetooth and Wi-Fi also help improve the experience, with the ability to send photos and videos from the camera to a smartphone or PC with the Fujifilm app. The X-Pro3 can also maintain a Bluetooth connection to a smartphone to geotag images as they’re taken.

The camera houses the ultra-powerful X-Processor 4, which is capable of shooting 11 stills per second and can record 4K video at 29 frames per second. Combining this powerful processor with the 26.1MP X-Trans CMOS 4 sensor, the images are vibrant and pack loads of detail. It also enables an ISO of 160-12800, making it suitable to snap pictures in most lighting conditions.

One of the best features of this camera is the data-rich detail that’s captured in the RAW files, which gives a photographer the chance to get the settings all wrong when shooting and recover the intended image later, in post-production. In our initial testing, some of the settings we had used were not optimal, and we were able to restore highlights and shadows on images while retaining all the details.

Overall, the camera is great for a film professional who wants to make the transition to digital, while retaining a film-style look.

Emojis positive about the world