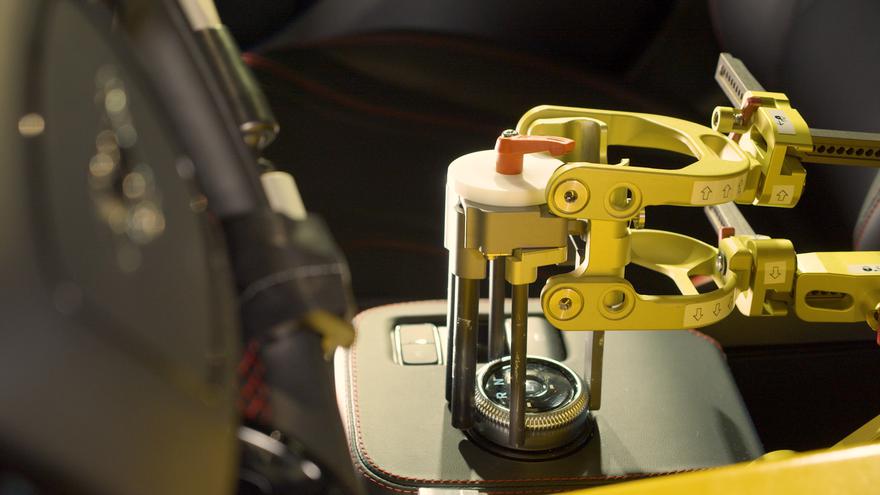 Ford’s state-of-the-art Weather Factory has never been busier. Used to simulate a range of extreme conditions under one roof, it has enabled engineers to test vehicles in a way that is less impacted by travel limitations than real-world testing.

But so realistic are the simulated conditions that even the most experienced human test drivers may become tired or unwell, for example when undertaking altitude testing.

Now, Ford has recruited two robot test drivers, nicknamed by the team as Shelby and Miles, to help take the strain, especially on altitude tests where a key requirement can be that the test is replicated perfectly multiple times.

Located in Cologne, Germany, Ford’s Weather Factory helps ensure drivers can rely on vehicles that have endured conditions that are found in the Sahara Desert, in Siberia, and atop the tallest Alpine peaks.

For human drivers, wind tunnel testing – in particular at high altitude – requires numerous safety protocols, such as having oxygen bottles, medical equipment and a paramedic on-site, while driver health is constantly monitored.

Each robot test driver is able to operate at temperatures ranging from -40°C to +80°C as well as at extreme altitudes – and can be set up and programmed for different driving styles.

The robot test driver’s legs extend to the accelerator, brake and clutch pedals, with one arm positioned to change gear and the other used to start and stop the engine.

Ford continues to conduct real-world testing in European locations and across the world, including the Grossglockner mountain in Austria and the snowy Arjeplog region in Sweden.

Frank Seelig, supervisor of wind tunnel testing, Ford of Europe, says: “These two new drivers are fantastic additions to the team, as they can take on the challenging endurance tests at high altitudes and in hot temperatures. Once the robot is in the driver’s seat, we can run tests through the night without ever having to worry that the driver will need a sandwich or a bathroom break.”

GM head to open CES 2022
With AI, your car can detect potholes