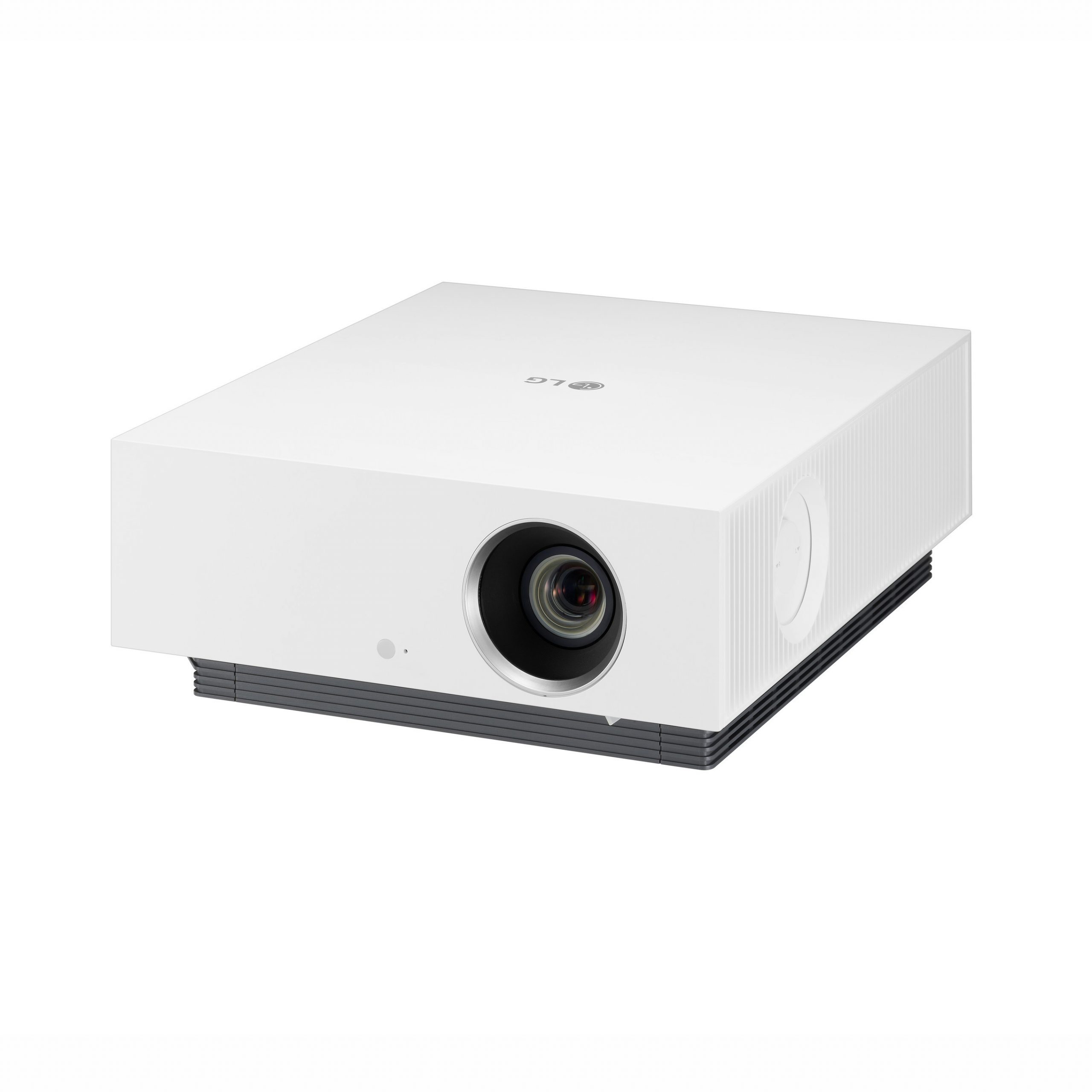 LG announced its new CineBeam 4K UHD laser projector at the Consumer Electronics Show (CES) 2021. The projector aims to deliver a movie theater experience to consumers in the comfort of their own homes, by offering features and technologies that make it a good choice for cinema lovers and families who are entertaining at home. The model also offers access to movies released directly to streaming services via compatibility with popular content streaming apps.

The projector delivers a 4K (3,840 x 2,160) resolution and can project up to 300 inches diagonally with 2,700 ANSI lumens of brightness. It supports a variety of HDR formats, including HDR10 and HLG, as well as Dynamic Tone Mapping. The Cinebeam covers 97% of the DCI-P3 colour space with its dual laser system. According to LG, the projector’s laser system is reliable and durable, with a lifespan of approximately 20,000 hours.

The LG Cinebeam has support for Real Cinema Mode and TruMotion Mode, which show movies as directors originally intended by adjusting the frame rate of the projected image to match the original source at 24Hz. LG’s TruMotion is aimed at action movies, rendering quick movements, and fast scenes smoothly.

The projector can be set-up in a dedicated theatre room or a room where a TV would be placed, as it has Iris Mode which offers two presets — Bright Room Mode and Dark Room Mode. There is also an Adaptive Contrast mode which automatically adjusts each frame to achieve the optimal contrast ratio in darker scenes. It also allows for multiple angles of positioning in a room, as it has 1.6X zoom and horizontal and vertical lens shift.

The projector runs LG’s newest webOS 5.0 platform for control and navigation as well as quick access to popular streaming services such as and Disney+ and YouTube. It is compatible with Apple AirPlay 2 and Screen Share, giving users the ability to share content from smartphones.