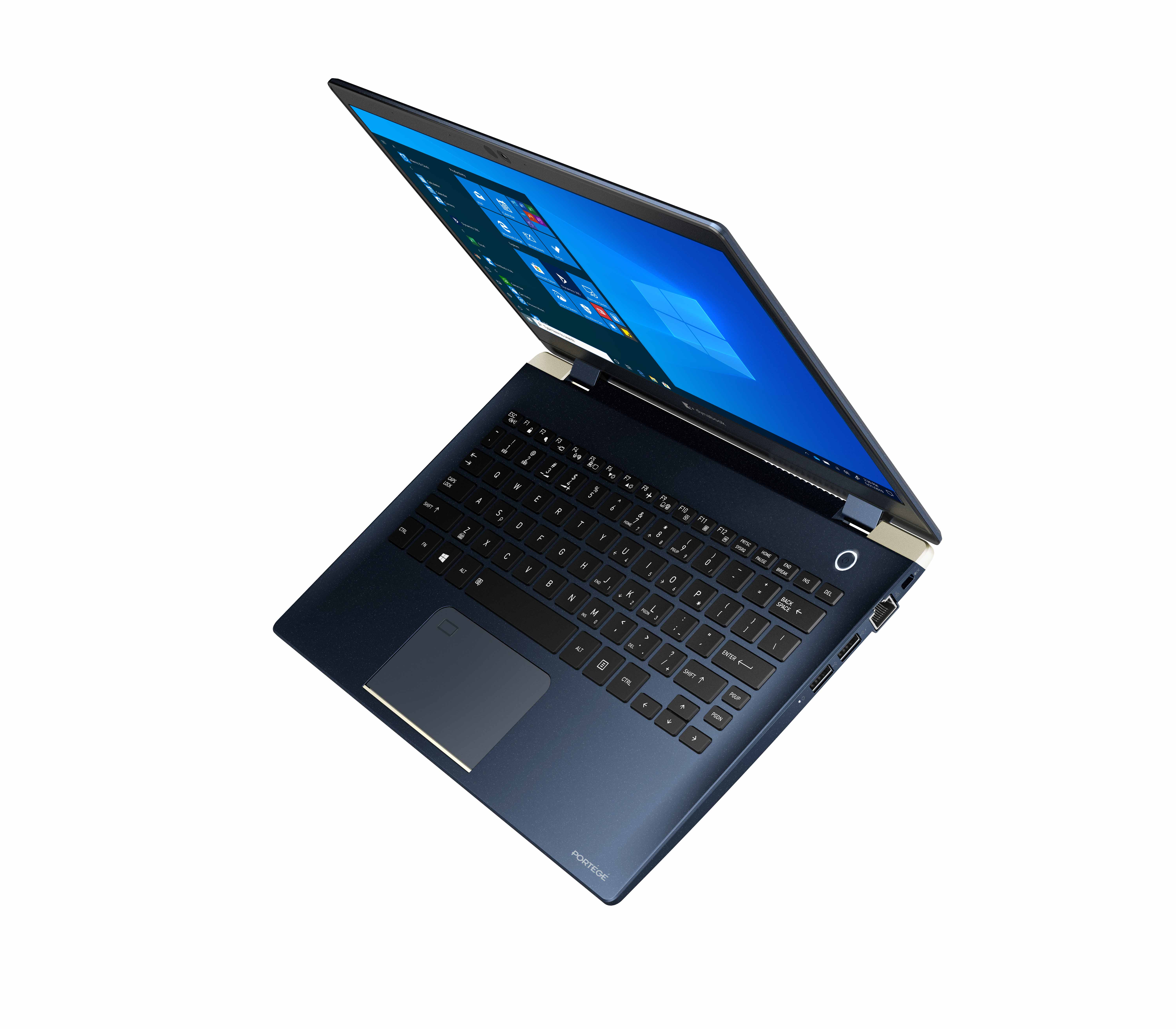 At CES 2020 in Las Vegas this week, Dynabook (formerly Toshiba) declared itself winner in the war for the lightest fully-featured 13″ laptop. It unveiled the Portégé X30L-G, weighing just 870g, and running on Intel 10th generation processors. However, it fell short of the mark, edged out by NEC and Lenovo’s LaVie Z HZ550, launched at CES back in 2015, and weighing in at 780g. This year, Lenovo and NEC introduced the new version, the Lavie Pro Mobile, an 840g flyweight. However, it is no lightweight when it comes to price, with a hefty $1599 pricetag in the USA – also the starting price for the new Portégé.

Lenovo has been sketchy on the details of the Lavie Pro Mobile, but Dynabook has waxed lyrical on its contendor.

“The Portégé X30L-G has been engineered to be the perfect companion for the modern day professional, both in the office and on the move,” it said in an announcement this week. “Balancing mobility and durability, its magnesium chassis is incredibly light but also robust, having been carefully engineered for rigidity.”

Since Sharp bought out Toshiba in 2018 and changed the brand name to Dynabook, it has also brought its display heritage to bear on its new property. Sharp developed the X30L-G’s non-reflective 13” IGZO FHD LCD screen, which offers high brightness with 470NIT, but with reduced power consumption compared to a standard LCD. The combination of its 14.5 hour battery life (with the IGZO screen) and a Quick Charge function, which provides 4 hours’ battery on just 30 minutes charge, means that worries about conserving battery will wane faster than the power itself.

The device benefits from an extensive range of network and peripheral connectivity options. A USB Type-C port enables users to charge, connect to displays or transfer data through one connection. Although ultra slim in design, the device is also equipped with a full-size HDMI port and 2 x USB 3.0 ports. An optional USB-C dock also allows one-click connection to minimise cable clutter and rapid hook up to peripherals. For network connectivity, the latest Intel 802.11ax (WiFi 6) + BT 5.0 WiFi module supports faster speeds and increased bandwidth, while a Gigabit-LAN port powers high speed access to network resources.

The device is equipped with face and fingerprint biometric authentication via Windows Hello and Intel Authenticate. Other security components, like Trusted Platform Module 2.0 (TPM) and Dynabook’s BIOS, engineered in-house, provide a further layer of protection.

The Portégé X30L-G will be available in South Africa from Mustek in mid-February 2020. For more information about the Dynabook range, visit http://za.dynabook.com/generic/business-homepage/