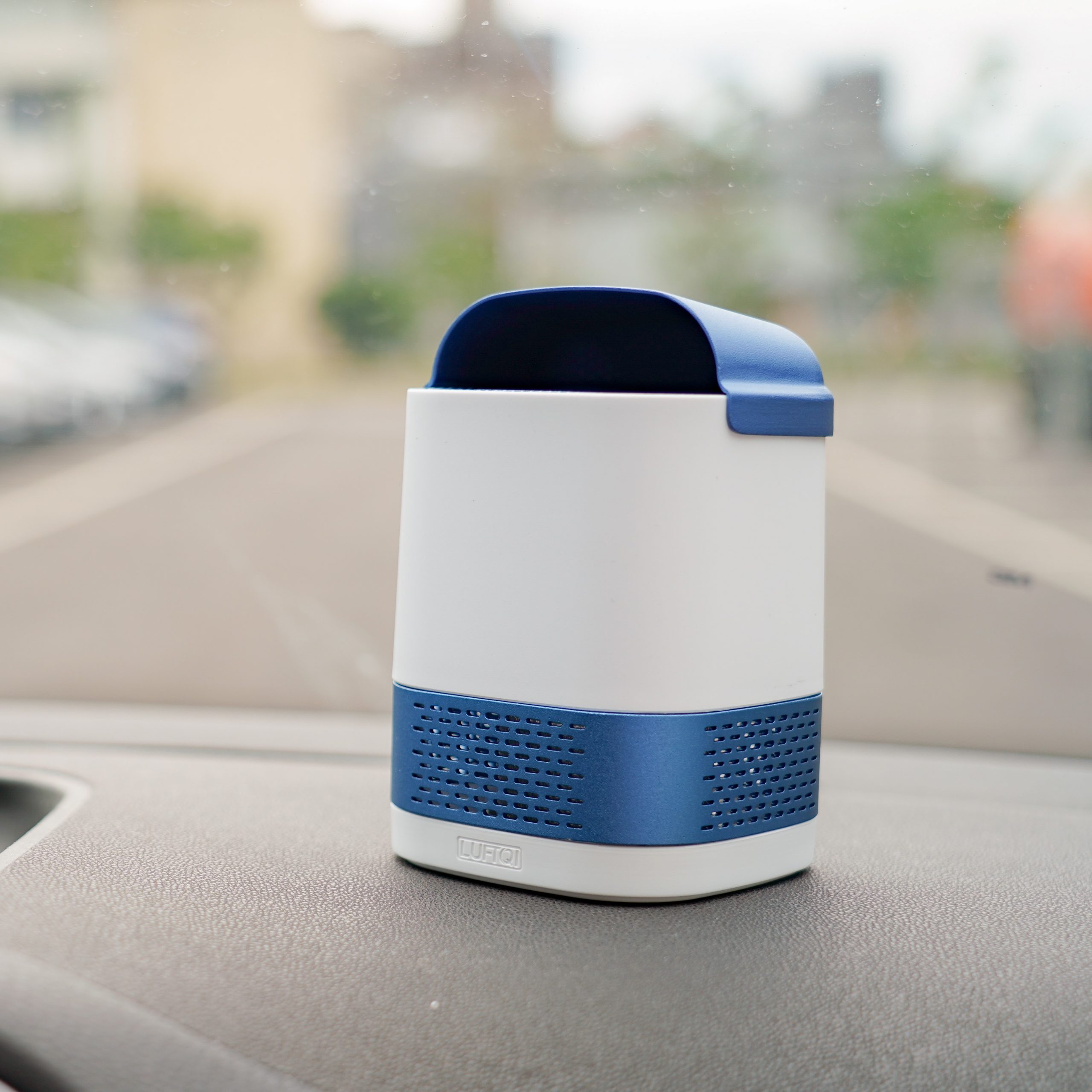 The first portable and filterless air purifier, the Luft Duo, will make its global debut at CES 2021 next week. It comes to market after smashing its crowd-funding goal, raising more than 20 times its original target on Indiegogo.

As the successor to the Luft QI 1.0 and the Luft Cube 2.0, this molecular air purifier is suggested for those with allergies or asthma, who live in built-up, congested areas, or who want extra health security in their homes.

Building on their brand slogan of “Good air, anytime and anywhere”, the LUFT Duo stays true to the company’s small-but-powerful product design while bringing a sense of security to those living through the Covid-19 pandemic.

No extra parts, no byproducts

The design of LUFT Duo means it creates zero unnecessary waste with a replaceable, washable filter. To keep a LUFT Duo in working order, users only have to remove the filter and gently clean it.

Compared to HEPA filters, which are only capable of trapping certain pollutants, LUFTQI’s patented photocatalytic technology allows the LUFT Duo to also decompose pollutants too small for HEPA filters – such as formaldehyde, which measures 0.00001mm – as well as moulds, VOCs (volatile organic compounds), and pathogens.

The LUFT Duo design is also eco-friendly, producing zero ozone as it purifies.

Why is portability important?

It’s portable and compact design means the LUFT DUO can be used in cars, coffee shops, offices, or airplanes, making it the perfect personal travel companion for those who suffer from asthma or allergies and may be more at risk during the pandemic.

Through research conducted by a host of third-party research labs, including an Anti-Coronaviral Viral Activity Test at Chung Yuan Christian University in Taiwan, LUFTQI found that the coronavirus cannot survive in the air for more than one hour when near a LUFT Duo, compared to its usual 21-hour airborne lifespan.

By bringing this technology into a portable form, users can ensure the air around them is clean and safe at all times — unlike traditional, stationary purifiers which might not be powerful enough to destroy all pollutants in every room of the home.

Silent, but deadly to pollutants

After listening to feedback from LUFT QI 1.0 and LUFT Cube 2.0 users, LUFTQI designed the LUFT Duo to be twice as powerful as its predecessors, but half as noisy, meaning it won’t disturb you – or the others around you – during use.

It has a Night Mode setting which enables a darker light of 0.2 lumens and quieter running sound of 19 decibels so as not to disturb the user while sleeping.

The LUFT Duo is also capable of purifying air in a 240-square foot space, meaning only one is needed for an entire home.

There’s no complex or intricate setup required for the LUFT Duo — the user plugs it in and turns it on with a single button press.

Click below to read on about the LUFT Duo availability and specifications.

Related Topics:CES 2021product of the day
Up Next

BMW 218i GC: tech ecosystem comes into its own