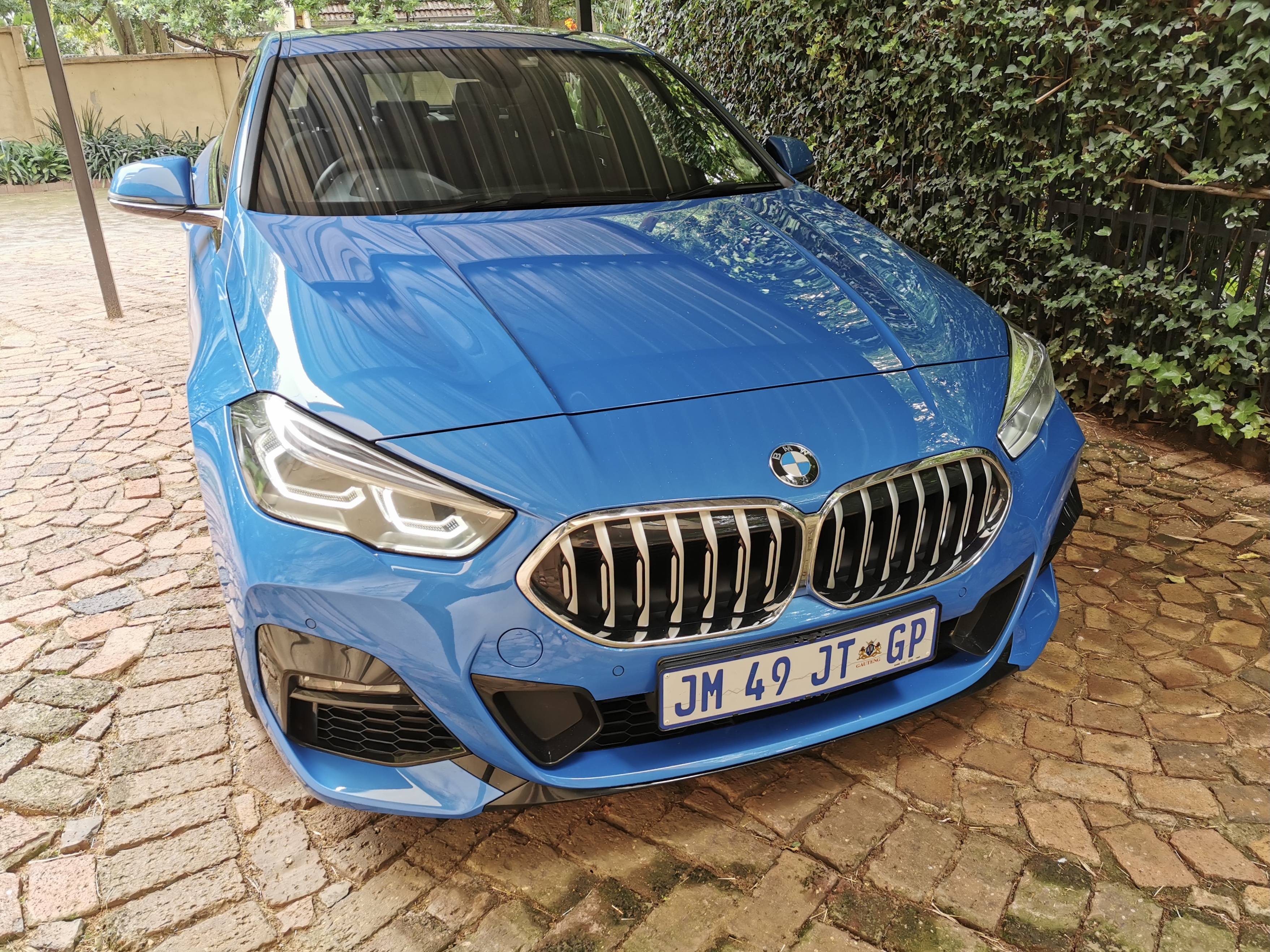 It may seem obvious to state that every new iteration of in-vehicle technology brings cars closer to consumer technology, but in many cases it is merely a case of auto-makers catching up with smartphone innovation. And, in most cases, they fail miserably, as car design tends to integrate technology that was out on handsets at the time of design, meaning they are usually two years behind.

In the past, BMW has been one of the usual suspects in this regard, with on-board navigation almost embarrassing in comparison to what the most basic smartphone could deliver via Google Maps, Apple Maps or Waze.

But lately, there has been a palpable shift in thinking. The BMW 218i Grand Coupe, described as scaled-down premium four-door, in competition with the likes of the Audi A3 and Merc A-class, reveals that entry-level luxury cars don’t have to make do with entry-level tech.

Rather than being confined to the limited availability of apps that can be mirrored on screen via Android Auto and Apple Car Play, the new BMW Operating System 7 has become a viable infotainment ecosystem in its own right. It has been preloaded on new models since July 2020, and is likely to become available as an upgrade to existing BMW owners, as long as the model does not go too far back. Supported vehicles will receive it as an over-the-air update.

Rather than replacing the mirroring apps, BMW OS 7 makes them more user-friendly: for the first time supports wireless Android Auto – eliminating that great frustration of needing the phone plugged into the car when one wanted to mirror the apps. It also is enabled for Apple’s iPhone Digital Key feature, added to iOS 14 in September.

This allows a phone to augment the car’s built-in infotainment, rather than make up for its shortcomings. The built-in system, for the first time, feels like a comprehensive, thought-out and value-added experience with several layers. On a superficial level, like many vehicles, it measures fuel efficiency, but at a deeper level it also measures driver efficiency. It achieves this largely through measuring anticipation and acceleration, which means that it becomes almost a driving coach, pointing out the shortcomings in one’s technique with a view to improving it.

At the surface level, the digital instrument cluster can be set for Sport, Eco Pro or Comfort mode – again a fairly standard range of options in luxury cars – but OS 7 now introduces a new Caring Car feature to set the atmosphere in the cabin. According to the BMW Blog, it is designed to “relax or energize the driver by adjusting climate, cabin lighting, audio settings and seats and choosing the adequate music to create a feel-good atmosphere inside the car”. We found it cool and relaxing, and truly transformative of the experience of being in a car on a long drive,

This is all besides great audio control features, personalisation of display, connected services and even a QR scanning option for booking a service. That may have been used by other manufacturers, but it was our first QR code in a car.

These various layers of experience resulted in a fascinating insight: that car technology was becoming a lifestyle accessory that echoes wearables like the Fitbit or smartwatches from Apple, Samsung and Huawei. The car becomes a coach, a mood enhancer and a transactional tool, without demanding that the user be an experienced techie.

Previous Page1 of 2Next Page
Related Topics:product of the dayproduct review
Up Next