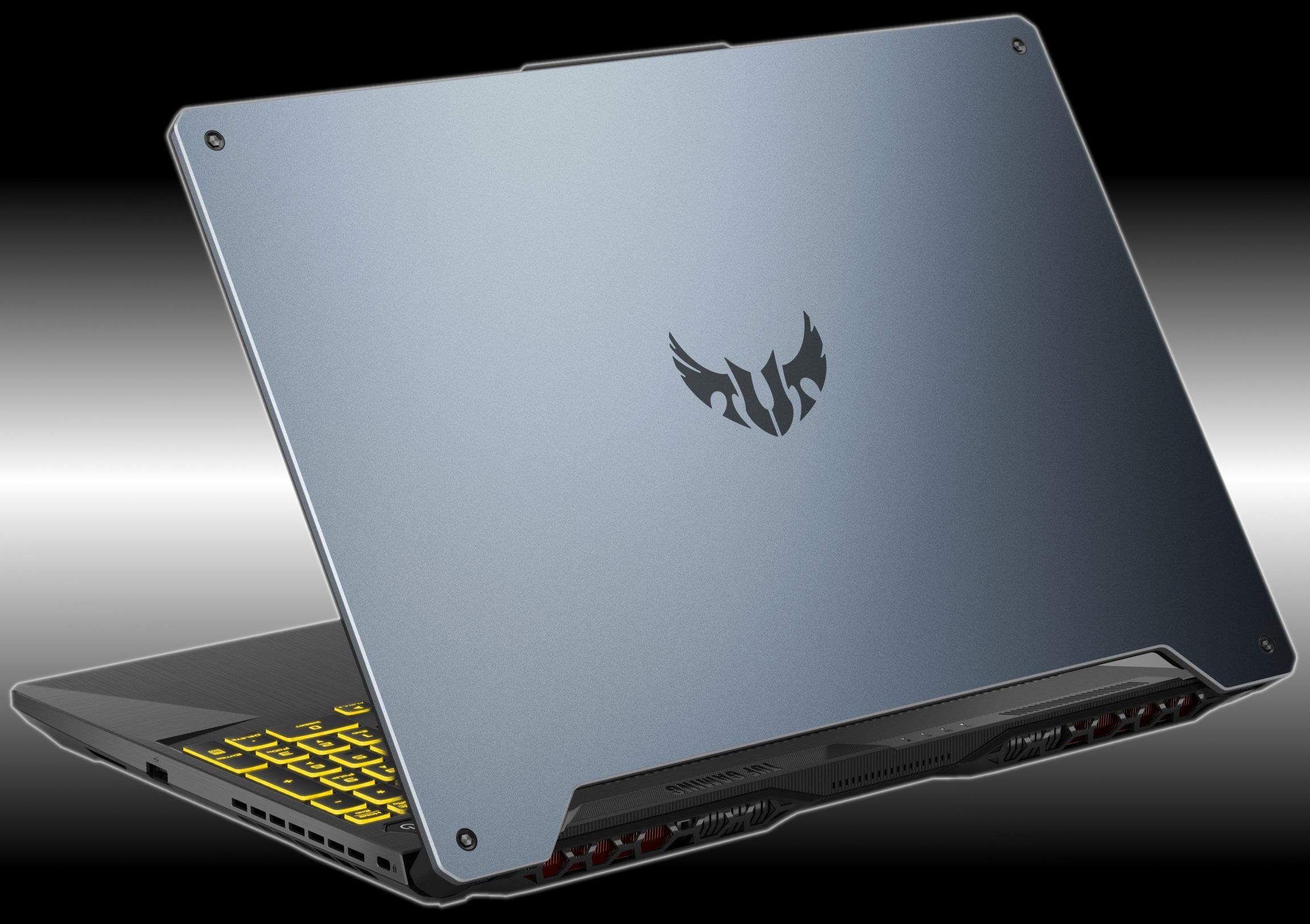 As the world spends more time indoors and online, people are opting to play online games with friends. While some of these games (like Among Us) don’t require a powerful PC, the classic game franchises like League of Legends, Call of Duty, and Grand Theft Auto need a whole lot of gaming power.

Enter the Asus TUF (The Ultimate Force) A15: a machine that can comfortably play these titles, while not overdoing the gaming laptop look.

The laptop features a strong metal body design so it is, as the name suggests, TUF. One won’t have to worry about taking it around in a backpack, and the computer looks like it could even take a few knocks and survive. That said, this isn’t a laptop in the rugged segment and it probably won’t survive a fall from a few metres.

It has a fairly minimalist design but does come with a bunch of stickers in the box for those who want a bit more of a gaming laptop look on the A15. It comes in two colours, Fortress Gray and Bonfire Black. Asus implemented a honeycomb design on the bottom of the laptop, so it won’t be sliding around while in-use. The cells of the design also allow for better cooling.

The keyboard is RGB-backlit with customisable lighting via software – almost a standard on gaming laptops nowadays. The WASD keys are translucent, which is a nice touch for quickly finding these important gaming keys. The keyboard deck itself is comfortable to type on, with good travel and a slightly cushioned key landing. The touchpad is good and comfortable to use, but won’t be the tool of choice when playing online games, because many gamers will opt for a mouse, regardless of the trackpad quality.

It doesn’t try to be the thinnest gaming laptop, like ROG Zephyrus range. Instead, the TUF A15 goes all out with connectivity, making it ideal for most situations. It features an Ethernet port, full-sized HDMI, three USB ports, a headphone jack, and a USB Type-C port.

The display is a large 15.6” 1080p display with a 144Hz refresh rate, which makes gameplay far smoother than the industry standard 60Hz. The colour accuracy is also superb, making games look vibrant and immersive.

While gamers aren’t particularly looking for good built-in sound, this laptop’s speakers are great for listening to music or watching a movie. For gaming, however, users should stick to headphones for the most immersive experience.

We tested several games on the machine at Ultra settings and selected the “worst-performing” game to showcase in the review. Use the game’s indicated FPS counter in the bottom of the videos for reference since YouTube caps the frame rates to 60 frames per second (fps).

The game selected was GTA V, with game settings set to ultra. Two tests were conducted, one with the laptop plugged in to power and the other running on battery.

With the plugged-in test, gamers can expect around 90fps gaming from the A15 in GTA V, dipping to around 70fps in its most taxing parts.

On battery, one will likely game at around 50fps, dipping to 35fps during the graphics intensive scenes.

The device shines for content creators: the full-sized HDMI port makes it convenient to connect a second display for game capture tools like OBS. The above clip was streamed at 720p, using the internal webcam and microphone. The laptop can easily transcode and stream at 1440p – provided one has the Internet speed for that level of throughput.

Crypto and Digital to drive Fintech in 2021
Unified comms surges