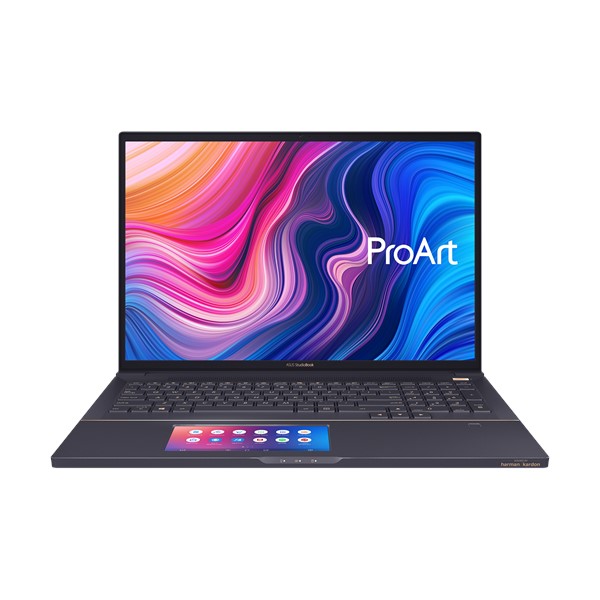 The new ProArt StudioBook Pro X W730 by Asus packs a whopping 6-core Intel Xeon processor with Nvidia Quadro RTX Studio graphics, all into a reasonably thin body. The mobile workstation is becoming an increasingly popular segment, and this computer can be compared with the high-end Lenovo ThinkPads and Dell Precision.

The body of the computer is mostly made up of a diagonally textured metal, which feels extremely premium while keeping the computer cooled. This texture features on the lid of the computer, as well as on the palm rests, which feels comfortable and looks great. The design of this computer diverges from what you’d expect the typical Asus laptop to look like.

Thanks to all the metal in the build, the computer is likely to take a few knocks and still operate. It’s 28.2mm thick and weighs 2.5kg – definitely not in competition for being the lightest or the thinnest in this segment, but it makes up for this by having a great internal design. The way Asus has seated the components inside the W730 gives it fantastic cooling and makes it one of the coolest operating mobile workstations we’ve used – even under a heavy computational load.

The display features bezels that are so narrow that one won’t find another laptop with a 17” with such a small outer diagonal width. The narrow bezels aren’t all, because it comes with a 1920 x 1200 screen that covers 97% of the DCI-P3 colour gamut and a pre-calibrated display that’s Pantone certified. This computer taps into the highly under-served market of creatives that require workstation performance and excellent displays.

The computer uses an Nvidia Quadro RTX 5000 graphics processor, which comes with twice the amount of graphics memory compared to the popular GeForce RTX 2080. This Quadro graphics processor is optimised for stability and consistent performance in professional applications, like live-rendering videos for 3D architecture presentations or presenting 3D renders in Autodesk Maya.

This graphics processor is complemented by an Intel Xeon E-2276M processor, which comes with 6 cores and 12 threads, and clocks to 4.7GHz max turbo frequency. This makes the W730 ideal for power-users who need to crunch computations and get renders out as soon as possible. This, combined with the 1TB NVMe SSD and 64GB RAM, makes this one of the best computers for creatives who need lots of fast storage.

The laptop’s battery is 95Wh, which is extremely large for a laptop, and enables an 8-hour workday of lighter tasks and around 2 hours with the heaviest workload.

The internal Harman Kardon sound is good and fires out the bottom-side of the computer. At maximum volume, it’s great for videoconferencing, but music tends to vibrate a little on the chassis. Speaking of video conferencing, the webcam and internal microphone are adequate for HD videoconferencing.

The keyboard is a full-sized keyboard that features a Num pad. It has a large right Control, which is ideal for creatives because it’s used a lot in Adobe and Autodesk products. It’s backlit and has a great key travel that makes it comfortable for typing out documents.

The trackpad features Asus’s latest ScreenPad functionality, which turns the trackpad into a screen. It also features apps that make it easy to change Spotify tracks or sign documents. As a trackpad, it can click anywhere on the surface, it’s excellent with multi-touch gestures, and it feels great.

Right of the trackpad is a small square for fingerprint unlock, which works well for authentication without the need to type in a password.

On SPECviewerf 13’s Maya render, it took 202.54 seconds and Blender’s BMW Car scene took 55.12 seconds. When I told both professionals about the results, they both said these scores outperform their desktop computers from 2018.

It is available in two CPU configurations with Intel Xeon and Intel Core processors. South African pricing is not yet available, but also will be dependent on configuration.