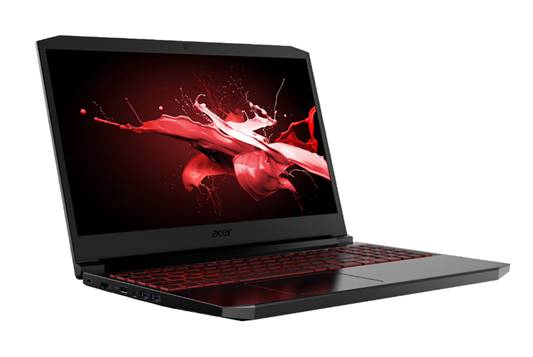 The best-selling Predator Helios 300 gaming notebook just got better with the addition of powerful technologies and features, along with a new sophisticated design. Gamers will be most excited about the combination of up to the newest 9th Gen Intel Core i7 processors for premium performance of with the addition of the latest of a NVIDIA GeForce RTX 2070 GPU with Max-Q Design supported by a Turbo key for one-punch overclocking and Killer DoubleShot Pro for fast and lag-free networking. With up to 32GB of DDR4 2666MHz memory and up to two PCIe NVMe SSDs in RAID 0 plus a hard drive, it’s the powerhouse gamers crave for playing today’s AAA games.

But most noticeable is the notebook’s new look. Its metal chassis now rocks the stylish teal blue accents and keyboard backlighting found on other Predator notebooks. A narrow bezel around the display and a redesigned keyboard with contemporary looking Predator fonts give it a hip and edgy look.

Praised for being one of the first notebooks in its class to feature a 144Hz display, the new Helios 300’s bright 15.6-inch or 17.3-inch Full HD IPS1 display is now framed by a narrow border and includes 3ms overdrive response times for a tear-free, seamless gaming experience.

Keeping the notebook running cool and at peak performance is an advanced and efficient thermal design that unlocks the true potential of the Helios’s powerful hardware. Most critical to keeping temperature low is a dual-fan cooling system that includes one of Acer’s 4th Gen AeroBlade 3D Fans. This latest generation fan design was inspired by bionic silent owl flight mechanics that maximize airflow and minimize noise. The new 0.1mm-thin fan blades include a serrated edge, winglets along the top and bottom, as well as a curved fin along the inner portion of each blade. This results in up to a 45 percent improvement in airflow. Coupled with strategically placed intake and exhaust vents and Acer CoolBoost technology, the Helios 300 stays calm under pressure and handles intense overclocked gaming sessions with ease.

Last but not least is a completely new keyboard featuring distinctive Predator fonts and 4-zone RGB lighting. Usability and functionality are improved with new PredatorSense and Turbo hotkeys, an enlarged spacebar, and concave-shaped, highlighted WASD keys, arrow keys, and hotkeys.

The Predator Helios 700 and 500 gaming notebooks will be available in South Africa in September, pricing has not been confirmed

Click here for full details of the Nitro 7 and Nitro 5 gaming laptops.

Previous Page3 of 6Next Page
Related Topics:AcerfeaturedGaming
Up Next

The 2 AI trends no one
talks about