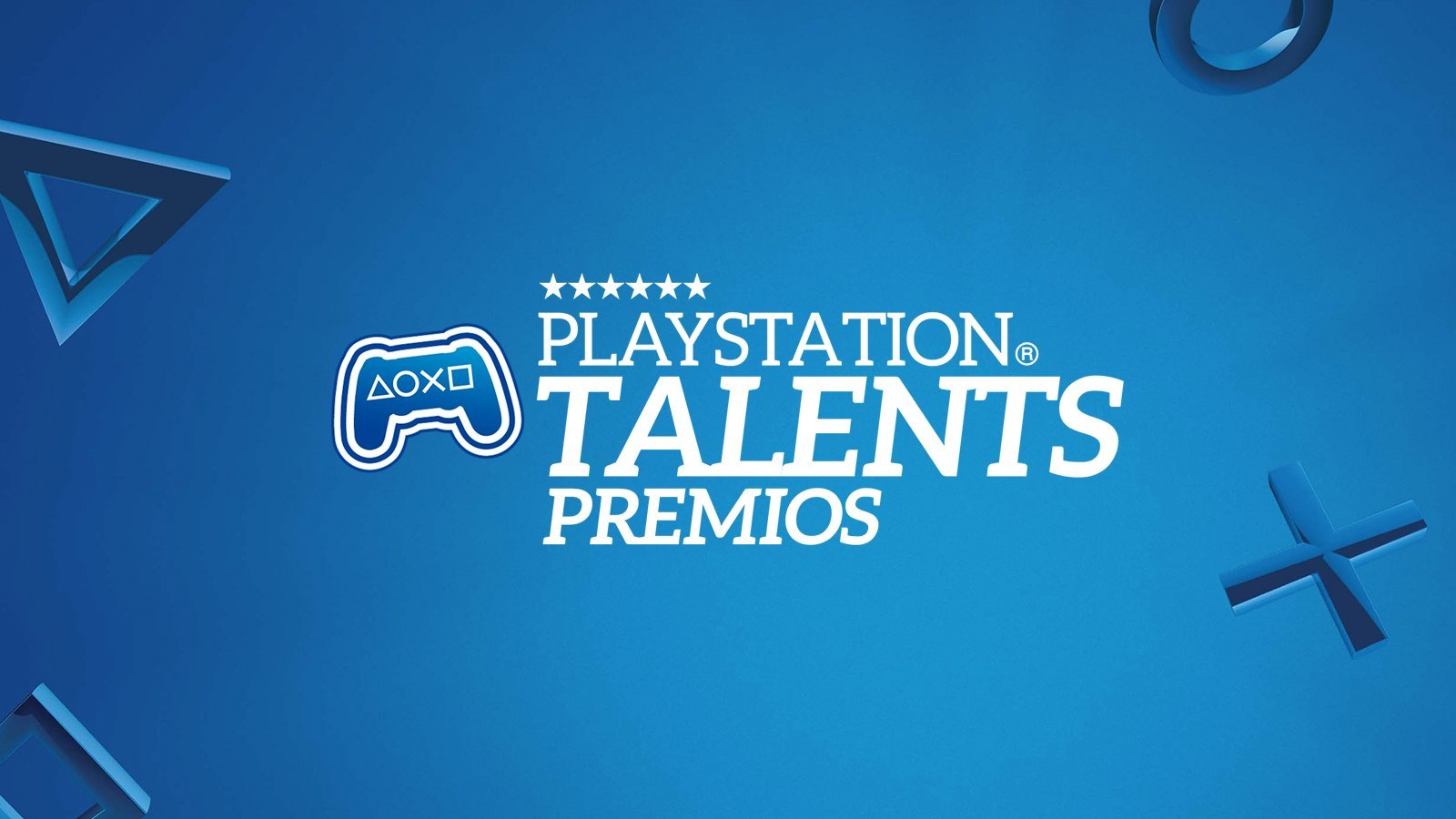 Sony Interactive Entertainment España (SIE España) has revealed a new batch of teasers and trailers for its 2021 line-up of games being developed for the PlayStation Talents initiative. Thanks to a partnership between PlayStation Talents and the Lanzadera network of incubators, there are 11 projects that will be released shortly while there are other eight that still are in active development.

Clid the Snail, KEO, The Many Pieces of Mr. Coo, The Crown of Wu, The Library of Babel, Do Not Open, Twogether, Wukong, Inner Ashes, Operation Highjump and Aeterna Noctis are among the games whose release is scheduled for 2021. Antro, Rivalia, Aurora’s Journey and the Pitiful Lackey, Luto, Welcome to Empyreum, System of Souls, One Last Breath, and NeonHat are still in development with no set release time.

SIE España provided the following information on games and their release dates:

One of the most hyped games to the PS Talents roster follows in the footsteps of the genre’s great titles. Aeterna Noctis feels like a traditional 2D Metroidvania mixed with modern gameplay mechanics and environmental storytelling. Taking the role of the King of Darkness you must regain your power exploring the vast lands of the world of ‘Aeterna’ across 16 different and connected areas in a classic Metroidvania vibe. The fast-paced combat with truly challenging mechanics will join an exciting and deep story in this adventure made using traditional 2D animation. Releases on December 15.

A Tale of Paper is an emotional adventure of a paper boy who will use origami to fulfill the dream of his creator. In this 2.5D platformer players control Line, a piece of paper that can transform into multiple figures in order to avoid obstacles and enemies in a textless adventure that combines platforming sections with puzzle solving. The game was released last October. A new DLC and a port for PS5 will be released shortly.

The winners of last year’s Best Game Of The Year award in the VI Edition of the PlayStation Talents Awards will develop this action-adventure game where the player becomes Clid, a humanoid snail, always with his loyal companion the talkative firefly Belu by his side. This dual-stick shooter, distributed by Koch Media, takes the player through many different scenarios where they will fight their enemies with a wide variety of weapons. To be released in 2021.

In this narrative adventure, the player will take the role of Henry, a retired forest ranger suffering from early Alzheimer’s, in order to recover his memories and discover why he and his daughter Enid have been estranged for so long. This project was awarded the PlayStation Special Commitment Award at the VI Edition of the PlayStation Awards for its social awareness of this disease. To be released in 2021.

Do Not Open (Quasar Dynamics)

Do Not Open is a survival horror game (best suited for PSVR), inspired by the mechanics and experience of escape rooms. Its story evolves within the confines of a room that will bring the player’s mental and physical condition to the limit. The main character wakes up in their own house to the sudden realization that something has changed – the house is locked up and it keeps changing as the game progresses, in an analogy of what is happening within the character’s own head. Do Not Open is a non-linear game, and players will get different endings depending on their decissions, as well as the results of the tests they overcome through the game. Release date to be confirmed.

Operation Highjump is a 2D run & gun, an action game with some tactical and adventure elements, based in the mysterious legends of World War II – a game that will surely appeal to nostalgic players. This game will update the classic gameplay of old-school games to a new generation of players. To be released in 2021.

The Library of Babel is a dark adventure of platforms, stealth and investigations, set in a futuristic world. In this adventure, players take control of Ludokiv, a robotic entity sent to gather data about the human race, extinct for centuries. Ludovik will habe to interact with the jungle people and explore its more dangerous places in order to solve the dark mistery of the Library. To be released Summer 2021.

Katsu is the owner of the best restaurant in the city, however the Yakuza is determined to end his business and for this he throws a curse on all the food transforming it into terrible demons. Only Katsu and his friends can stop them. Now available!

The Many Pieces of Mr. Coo (Gammera Nest)

The Many Pieces of Mr. Coo is a whimsical point’n’click adventure with a surrealist story, astounding art and funny puzzles. Mr. Coo is trapped and broken in pieces. But most of all, he has no idea of what’s going on, and nothing makes any sense. Is that a giant chicken over there? To be released later in 2021

Keo is an online multiplayer vehicle combat game set in a sci-fi post-apocalyptic setting. It features several classic game modes players have come to expect in vehicle combat games such as Deathmatch, Capture the Flag, Racing, etc. Alongside several vehicles, the game will feature several weapon and cosmetic customization options. Release date to be confirmed.

The Crown of Wu (Red Mountain)

The Crown of Wu, a third person action adventure filled with action, combat, parkour and puzzles. Set in a world where powerful robots are attacking the local population, Wu will have to recover his old powers in order to face the ultimate villains that threaten his world’s existence. To be released in 2021.

Meet Rafi and Sam, two gifted kids that will have to use, and combine, their special powers in order to escape from the factory where they are imprisoned. Twogether: Project Indigos is a third person puzzle-platformer that will show you the value of friendship. To be released early 2021.

Wukong (A Tale of Games)

Wukong is an action and 3D platformer influenced by classic platformer games that offers new ways to overcome the challenges. Control Wukong, the legendary Monkey King, able to defeat his foes by using his magic staff, which he can throw or use it to hit those in close range. His staff also has the power of turning into a platform that will make Wukong able of overcoming all kinds of obstacles and traverse the levels. To be released in 2021.

Join Alba as she visits her grandparents on a Mediterranean island. She is ready for a peaceful summer of wildlife exploration with her friend Ines, but when she sees an animal in danger, she realises she needs to do something about it! Now available on PS4 and PS5!

Join Pocoyo and his friends in this party game that focuses on a simple gameplay experience —with short, dynamic mini-games— to allow children aged 3 to 5 to progress through the game. Pocoyo Party will recreate the animated series universe and its iconic visual language, focusing on its values of respect, friendship, sustainability and promotion of healthy habits. Now available on PS4 and PS5!

Antro is a platform, puzzle, and rhythm-oriented game set in an underground city. A seedy, dark, and soulless place where an evil corporation called ‘La Cúpula’ suppresses all cultural expression. The main character Nittch carries the key to turn the world upside down and unravel its secrets to the sound of urban music.

Aurora’s Journey and the Pitiful Lackey (The Not So Great)

Aurora’s Journey and the Pitiful Lackey, by The Not So Great Team brings us the story of Aurora, a young astronomer from a retro-futuristic era where Robotos are part of everyday life. In this side-scroller game with adventure, shooter and platform elements, the player must follow Aurora and the Lackey to discover what happened to her missing father.

Your mind can be a prison. Filled with your worst memories, this prison looks like a maze whose escape looks like an impossible task. Luto is a narrative adventure that tries to reflect on themes such as depression and anxiety in the darkest of settings.

Run, jump and fly over Nueva Berria’s cyberspace making your way in a world controlled by huge corporations. Glide through the air powered by your own hands and surf the web at breathtaking speeds in this PlayStation VR title. Information is the most valuable asset in NeonHat world, find the highest bidders in this frantic arcade where nothing is what it seems.

In this puzzle platforming adventure, players will embark on a journey that will decide the Earth’s fate. In a world at the brink of extinction, nature will face the hostile planet inhabited by strange creatures, using its power to create or take away life to rebalance and decide the destiny of existence.

In this action-RPG, players will control a party of four fierce warriors, each one of them with a unique set of skills, in a world where dungeons are procedurally generated, each one with different enemies, bosses, settings and rewards.

The year is 2050. Climate change has destroyed our planet as we know it but our technology is so advanced that we are now able to transfer our souls to robots. L-064N awakens at a lab not knowing anything about its past. Use your memories to escape the facility turned into a prison in this adventure with puzzle and action elements.

You have no clue how you ended up in the Empyreum Hotel with up to four friends. But thanks to mops, cloths and absurd amounts of toilet paper you will have one mission in this party game: get rid of dirty floors, annoying VIPs, unexpected floodings and even the ghosts of grumpy old-clients.