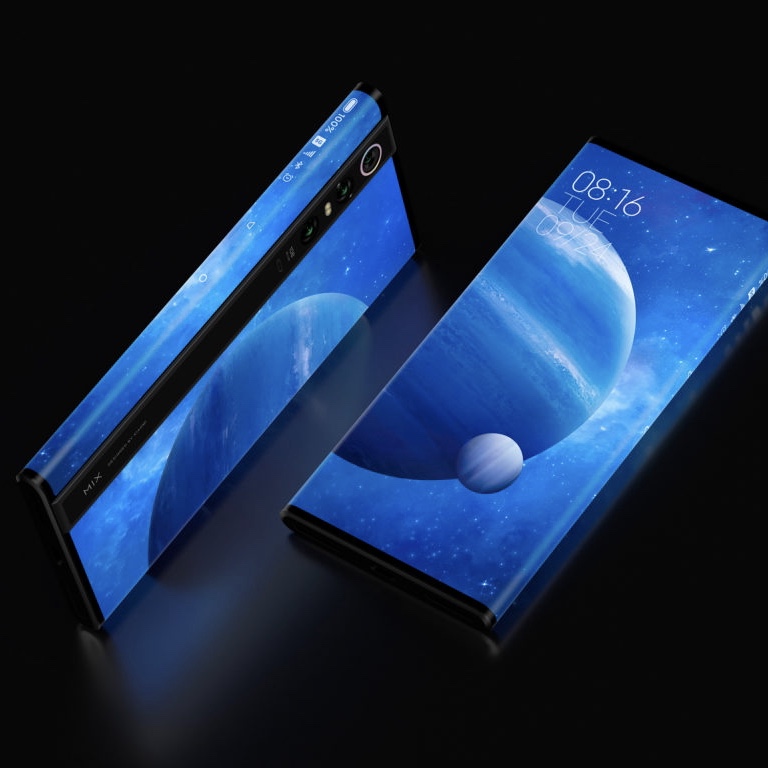 The Xiaomi Mi Mix Alpha showcases a Surround Screen with a screen-to-body ratio of more than 180%. The device features the world’s first 108 Megapixel camera, and is crafted with a combination of titanium alloy, ceramics and sapphire to make for a new concept phone.

Since its debut, the Mi Mix series has represented Xiaomi’s concept innovation. In 2016, it introduced the Full Screen Display smartphone concept, which was an industry first that many other smartphone manufacturers have since adopted. Xiaomi says it also pioneered a smartphone screen ratio that exceeded the standard 16:9 aspect ratio.

On the latest Mi Mix Alpha, the new Surround Display allows the device to achieve a screen-to-body ratio that reaches 180.6%.

Behind the Surround Display is a series of cutting-edge technologies that required a new method of device assembly. Unlike traditional smartphone assembly methods, internal assembly is carried out first, while its display layer, touch panel, and protection layers are laminated one-by-one. All display component layers are compiled in that order to achieve high curvature Surround Display design, so the internal stress caused by bending the display layers can be released layer by layer. To achieve a smooth and flat surface, it also uses a durable protective layer which optimises the screen stack structure.

To accommodate the nearly all-screen offering, it has minimal bezels on the top and bottom, and drops the physical side buttons altogether. The display acoustic technology replaces the traditional earpiece receiver and proximity sensor, while the device’s sides are pressure-sensitive and leverage a linear motor to simulate the touch of real buttons.

Mi Mix Alpha features a 108MP camera with the highest resolution, highest pixel count and, according to  Xiaomi, the largest sensor found in a smartphone – marking another important milestone in smartphone photography.

The main 108MP camera sports a 1/1.33-inch large sensor –  389% larger than Xiaomi’s large-sensored 48MP camera. This image sensor is capable of producing 108MP photos with a resolution of 12032 x 9024 pixels and supports four-in-one Super Pixel to produce large 1.6μm pixels under low-light conditions. The camera also supports new technologies, such as ISOCELL Plus and smart ISO, and is equipped with four-axis optical image stabilisation (OIS) to ensure stable videos.

On the performance front, it uses a flagship-grade Snapdragon 855+ mobile SoC and supports 5G bands of the three major carriers in mainland China. The device also features the top-tier 12GB+512GB memory and storage combination, and supports UFS3.0.

Xiaomi says it aims to start small-scale production for Mi MIX Alpha at the end of December. It will retail at RMB 20 000 (around R42 000) in mainland China.