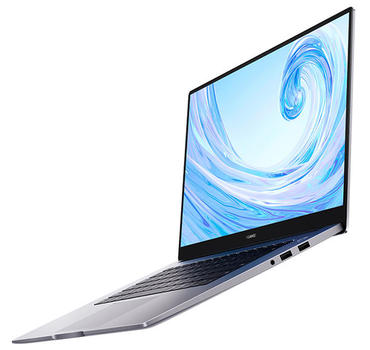 Huawei has launched the MateBook D 14 and D 15 laptops in South Africa. These two laptops carry nearly the same impressive specifications throughout, with the exception of screen size and battery capacity. On top of the MateBook D’s lightweight chassis, FullView Display, and powerful performance, the laptops come with a range of new features, including support for Huawei Share.

“We consider this as our official launch of bringing Huawei’s PC devices to South Africa,” says Likun Zhao, VP at Huawei Consumer Business Group MEA (Southern Africa). “We have no doubt that these devices will deliver the best possible user experience to South African consumers, especially at a time when they are actively seeking devices that can serve both their work and play needs.”

Underneath the anti-glare coating, the new laptops feature 16:9 IPS panels at a Full HD (1920×1080) resolution and a maximum opening angle of 178 degrees. The panels have also been TÜV Rheinland certified for low blue light emission, allowing for better eye protection.

The MateBook D laptops are powered by a 12mm AMD Ryzen 5 3500U mobile processor, enabling the devices to deliver a powerful performance while retaining a high level of stability and reliability. For GPU, the AMD Radeon Vega 8 Graphics embedded in the laptop provides outstanding graphics processing support.

Thanks to AMD’s advanced power efficiency technology, the laptops remain cool and have long battery lives. For cooling, the laptops include a new version of the Huawei Shark Fin Fan. With the new s-shaped fan blades, the new fan optimises air flow dynamically for improved cooling and laptop performance.

A portable, multi-purpose 65W USB-C charger and a USB-C to USB-C cable are included with both the laptops. These chargers support all Huawei smartphones and tablets that are equipped with a USB-C port. They also feature overheat protection, which automatically stops the charging process once the temperature crosses a threshold to ensure safety.

Both devices in this new series are equipped with 8GB of dual-channel DDR4, as well as a solid-state drive (SSD) that’s connected via the high speed PCIe interface.

The Huawei MateBook D 14 and D 15 are available for R13,499. Both devices can be purchased from the following online stores and outlets: