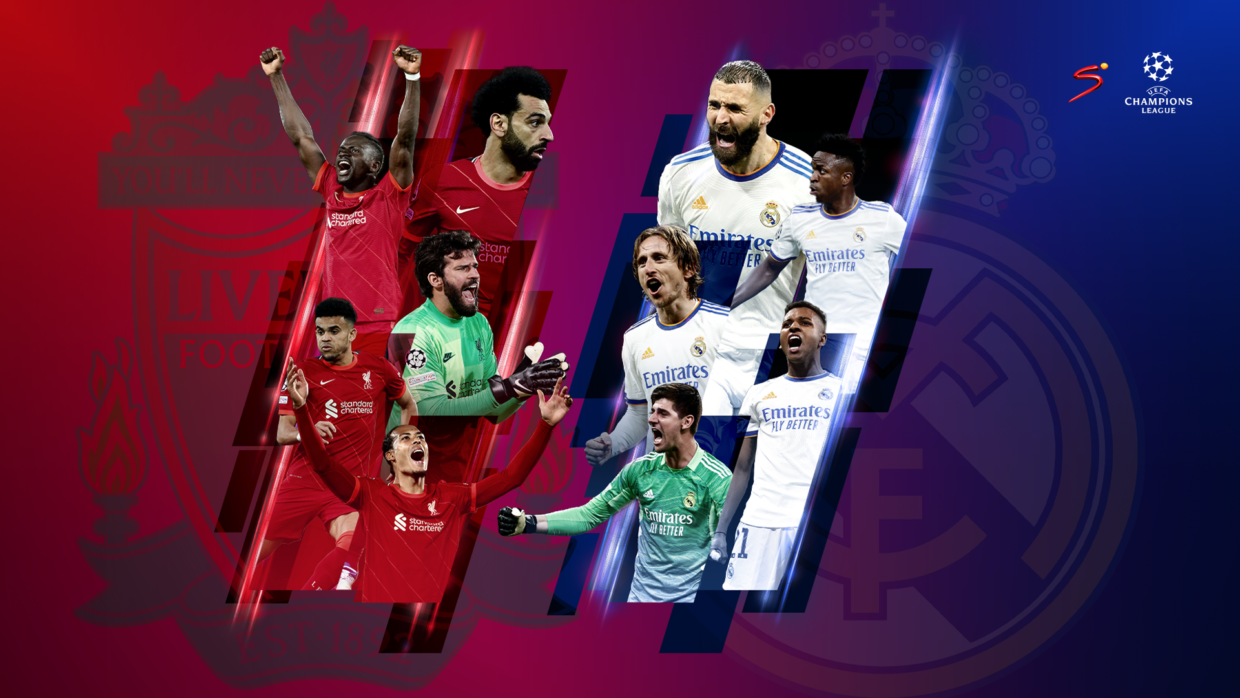 The biggest club competition in the world, the UEFA Champions League, comes to a thrilling climax today when Liverpool takes on Real Madrid in Paris at the Stade de France. Showmax Pro subscribers in South Africa, Lesotho and Mauritius can catch every minute of this mouth-watering clash live as it will be available for streaming on the platform, courtesy of SuperSport.

In a repeat of the 2018 final that saw then-manager Zinedine Zidane’s Madrid become the first team to win three successive European Cups, the encounter is sure to live up to the hype with Mo Salah-led Liverpool seeking revenge.

Liverpool manager Jurgen Klopp will have his sights set on his second UCL title with Liverpool in three years and Liverpool’s seventh overall while no club has won the UCL more than Real Madrid’s 13.

While the Merseyside team won all their group stage matches, many neutrals feel as though Liverpool’s road to the final was not as hard as their Spanish opponents having defeated Inter Milan, Benfica and Villarreal in the knockout stages. The English side comes into the game in good form with their star African players Mo Salah and Sadio Mane boasting a combined tally of 13 goals.

Recently crowned Spanish champions Real Madrid suffered one of the biggest shock defeats in the competition’s history when they went down to Moldovan side Sheriff Tiraspol in the group stage. The Champions League record-setting team really had to dig deep to reach the final after overcoming PSG, Chelsea and an unforgettable come-from-behind win against Man City on their way to Paris. Real’s star striker and this season’s top scorer with 15 goals, Karim Benzema will be backing himself playing in his home country and will want to seal his incredible season with the biggest prize in club football.

The battle for this year’s crown will see a showdown between four players who are in the mentions for the Ballon D’or, namely Benzema, Brazilian Vinicius Jr and Africa’s Mo Salah and Sadio Mane. No one will want to come off second best as European dominance is what will be on all the players’ minds.

While Liverpool last weekend fought for a domestic league title in a tight battle with rivals Man City, Carlo Ancelotti’s Madrid on the other hand have been able to solely focus on the Champions League final as they have already bagged their record 35th LaLiga title.

The game will feature an opening concert headlined by Camila Cabello with the kick-off taking place at 21:00 CAT. Don’t miss all the action live on Showmax Pro.