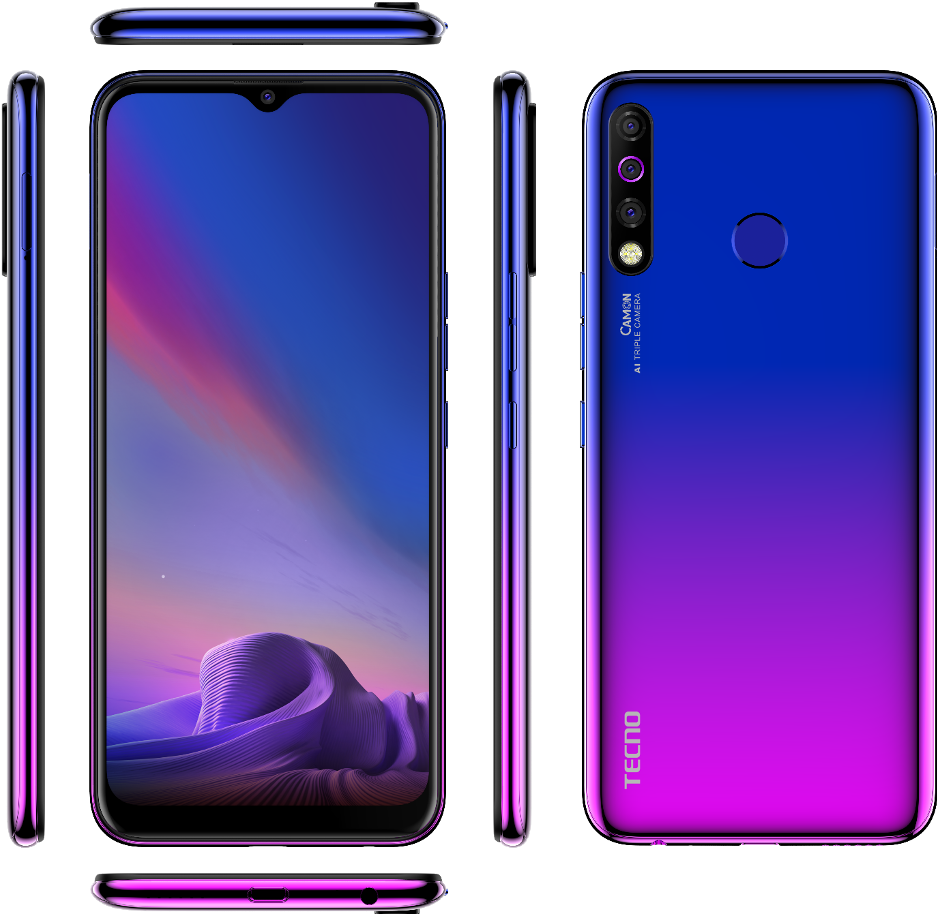 It is a household name in Nigeria and competes with the biggest brands in the world in Kenya, yet Tecno is literally and figuratively foreign to South Africa. That is about to change, with the first launch of a Tecno handset here. Transsion, the Chinese company that manufactures Tecno, made its formal move into South Africa on 5 March.

It announced three handsets, led by the Tecno Camon 12. The smartphone is likely to put the brand on the South African map, especially given the price tag for a high-specification handset.

For less than R3,000 upfront, it offers a triple-camera on the front, comprising a 16MP auto-focus, 8MP wide-angle and 2MP depth-sensing lens, and a 16MP selfie camera with an f/1.8 aperture, meaning its great for low-light conditions. The Front and rear cameras shoot video in high definition (1080p) at 30 frames per second.

A 4000mAh battery promises long life – at least a full day of typical use, but probably more. Storage comes in at 64GB and RAM at 4GB RAM, meaning smoother performance and more capability for simultaneous activity and fast game-play.

It looks good, with a colour gradient on the back shifting from gold to sky blue. Curved edges and a glossy finish mean it is smooth and comfortable to hold.

Ultimately, the phone represents the dramatic shift of high-end features to low-end phones. It means that the low-end – that is phones costing less than R3,000 – now look like phones that previously were firmly in the upper reaches of the mid-range, or phones costing up to R10,000.

Visit the next page to read about the implications Camon will have on the African market.