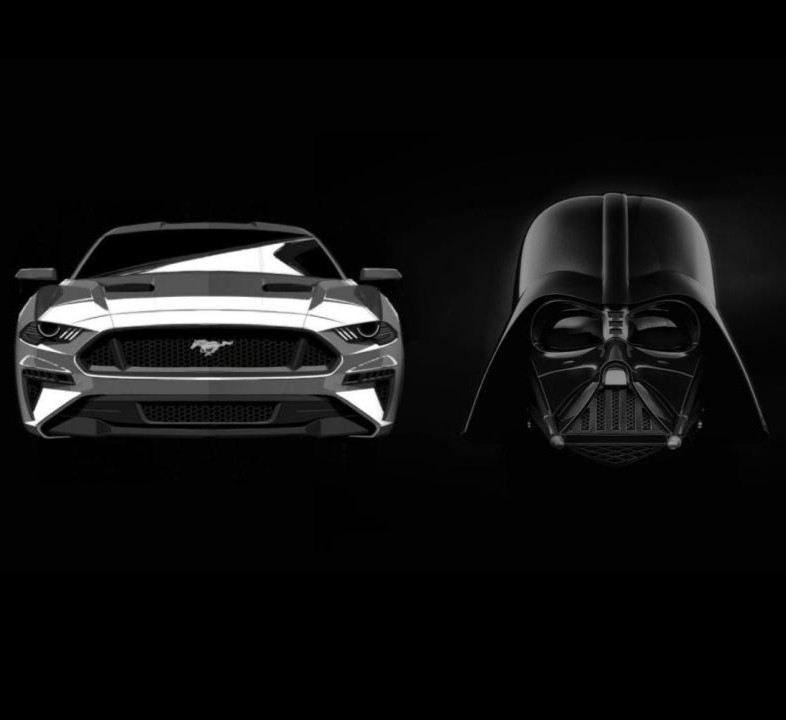 You can hear it coming long before you see it. But it is so visual, you also remember it long after it’s passed. However, that’s not enough for Ford and its iconic Mustang. First released in 1964, the ultimate muscle-car brand and its design are now 55 years old, posing a massive challenge to keep a positively ancient product up with the times.

The latest edition, released globally last year and launched in South Africa this month, achieved this with a twist that pays homage to another iconic brand in popular culture: Star Wars.

But not just any Star Wars image: they selected the meanest, most evil face of the epic tale: no less than the dark side of the universe, Darth Vader.

Said Ford Motor Company design manager Melvin Betancourt: “When we were designing the new 2018 Mustang, the team wanted to make the new model look more aggressive, and one place where we found inspiration was one of the most famous screenplay villains of all time.

“The angled nostrils and contours of Darth Vader’s mask became the inspiration for the Mustang’s new fog lamp scoops and front-end shape.”

Compare the faces of Vader and the new Mustang, and it’s not hard to spot the inspiration. It’s also not hard to decide with which one you’d prefer to share a ride.

It is quite appropriate that the new Ford Mustang takes its design inspiration from a futuristic franchise. The car has also been remodelled to take advantage of the latest technology available to cars, along with the kind of sleek design language that goes with more streamlined and aerodynamic vehicles.

Automated driver assistance may seem an offense to the sheer driving experience of a sports car that seems to pride itself on a harsh ride. Conversely, though, allowing the car to take greater control of safety also allows the driver to give more attention to the experience of driving.

Click here to read about the advanced features of the new Mustang.

Previous Page1 of 3Next Page
Related Topics:Arthur GoldstuckfeaturedFordmustangStar Wars
Up Next