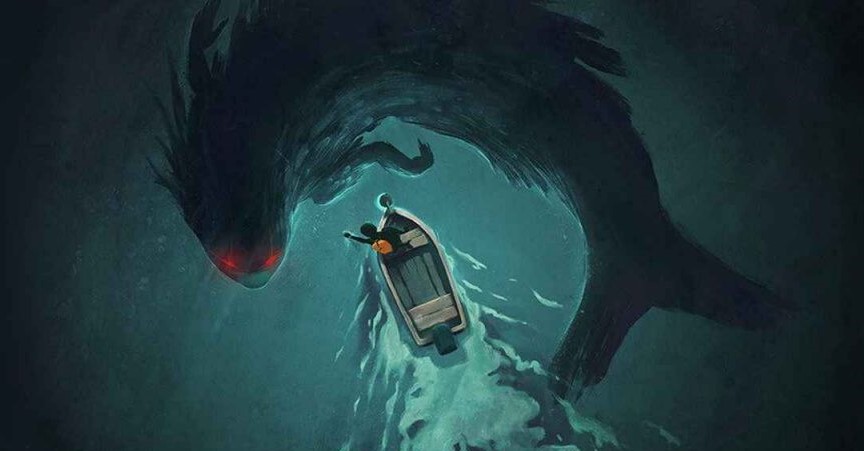 Disclaimer: This review is based on four hours of gameplay.

Sea of Solitude, the latest adventure game by Jo-Mei Games and EA Games, takes a sobering look at loneliness. It represents this loneliness visually, using light and dark environmental changes, as well as creatures players must encounter. The main character, Kay, must make it through the sea without finding herself trapped in a sea of loneliness. She meets fantastical creatures along her journey, and she must help them solve their challenges while keeping herself in a sane environment.

The game is systematic in the way it represents its important aspects. It starts with a striking visual art style and a soft storyline, which gives characters a chance to absorb the beauty of the game. As one gets a hang of the controls and used to the art style, the story kicks it up a few notches to reveal the harrowing backstories of the creatures that reside in the sea Kay must travel.

In particular, it features a creature that keeps flying away from Kay. This was frustrating because the previous chapter of the game presents a backstory for the creature that was not only devastating to the main character, but also to the player. Once Kay meets this creature, players must be ready to cry. It’s a brilliantly crafted story and hats off to Jo-Mei Games for being great storytellers.

Cornelia Geppert, CEO of Jo-Mei Games, told EA: “Sea of Solitude centres on the essence of loneliness and tugs on the heartstrings of its players by mirroring their own reality. It’s by far the most artistic and personal project I’ve ever created, written during a very emotional time in my life. Designing characters based on emotions was a deeply personal achievement for our team and we’re so excited for players to soon experience Kay’s powerful story of self-discovery and healing.”

Generally, I steer clear of games that are metaphors about mental health issues because they tend to be crass in how they address mental health. Sea of Solitude is quite different because of its level of relatability. Other games about mental health tend to be about a specific disorder that not many people experience, while loneliness is something that so many of us experience. Additionally, the representation of how loneliness affects Kay in the real world is sharp but tasteful. The combination of relatability and respectful representation is what makes the game’s story so brilliant.

Another great aspect of this game is the music scoring. It uses sound and the absence of sound very carefully to invoke the right feelings expected from players. The game wouldn’t be as good with the sound off and subtitles on, so future players are recommended to turn up the volume or put on headphones.

The game is long for an indie game, at around three or four hours of gameplay until the end is reached. Several sources say there is a hidden ending, so players can look out for that in a second playthrough.

The game’s story isn’t perfect, though. The eventual sameness of creature encounters is a little disappointing. This may be down to the expectation of being extremely devastated by all the stories of the creatures, especially when one is less than devastated by the subsequent stories. One of the most affecting creature stories was also presented at the beginning of the game, which set the bar very high for the rest of the creatures.

One creature, in particular, tries very hard to have the greatest emotional impact, but this comes across as blunt and dampens the meaning of what it was supposed to represent.

While I didn’t mind sharp representation, the perception of themes like bullying, estrangement, and suicidal thoughts may vary in appropriateness from player to player. Prospective players with existing painful mental health issues should consult gameplay videos, like the one below, before purchasing the game, to gauge appropriateness.

Overall, the game is incredible at connecting with what it is to be human and what it means to be lonely. Dealing with issues as physical creatures is a great touch, as the main character tends to resolve the problems of the creature by understanding what the problems mean.

Brands must wake to tech-savvy youth