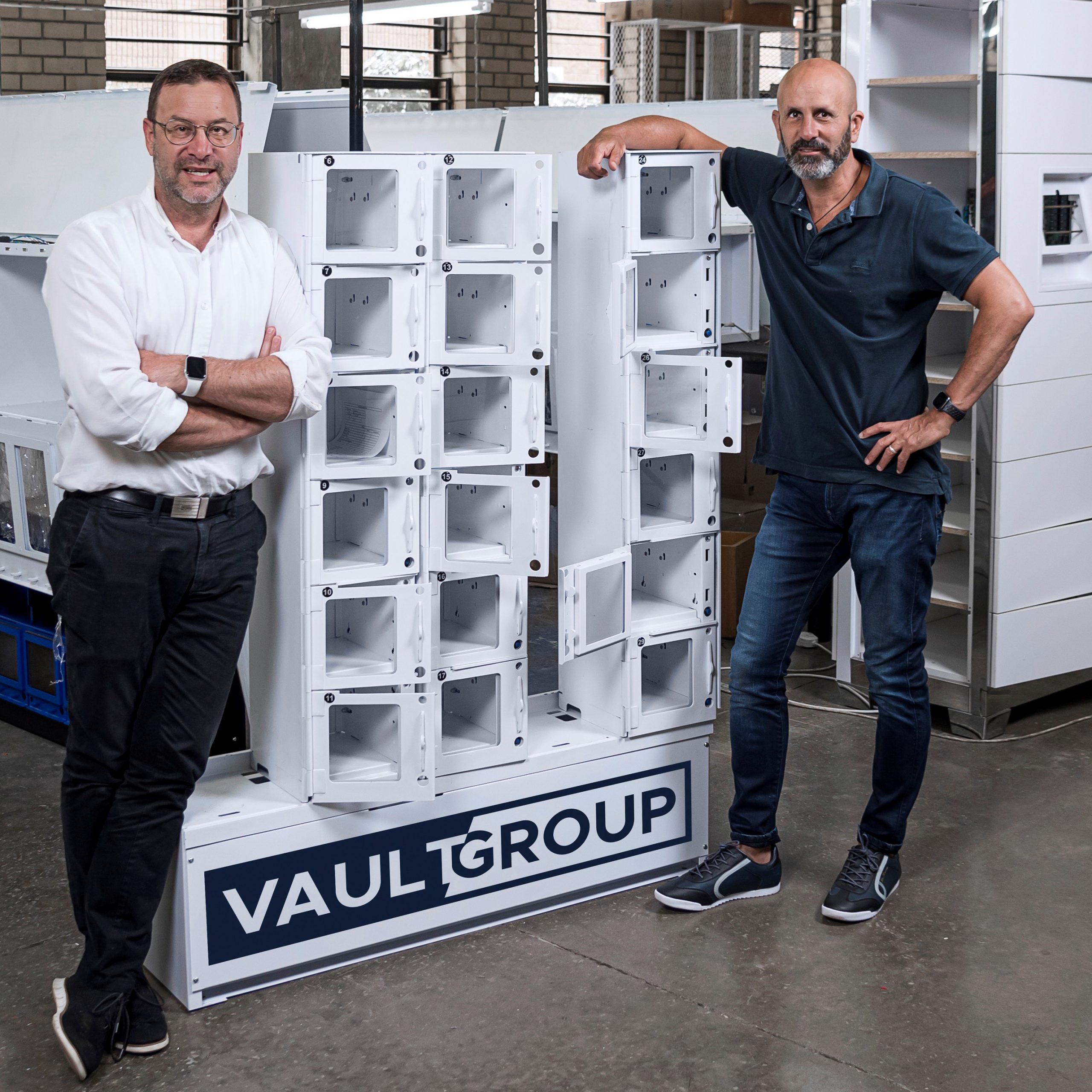 In 2014, running a cellphone store was a dangerous business to be in. Robberies were a daily occurrence, with heavily armed robbers striking almost with impunity. Michael Gewer, who was managing a division at a large cellular dealer at the time, sought out a solution.

Then, driving home one day, Gewer had his ‘Eureka moment’. What if he were to build a secure locker with separate compartments, each with its own time delay? No robber would wait around to get one phone every five minutes.

“If you think about a robbery, the thieves have everything on their side: inside information, the fear factor, the element of surprise. The one thing they don’t have is time. So we set out to create a product that builds time into the process,” says Gewer.

He needed an engineer to help design and build the kit and his lifelong friend, technology entrepreneur Lance Baum, was just that person.

Gewer and Baum patented the idea, and started working on various designs and technologies. After several months, they had built their first working product, named CellVault.

The pair persuaded 10 stores to try CellVault as a proof of concept. Their breakthrough came when one of the pilot retail stores was hit by robbers. The store lost around R1-million in high-end cellphones from its standard safe, while zero none were lost from its Cellvault. The credentials were established.

The CellVault product can be found in more than 1 500 high-end stores. In six years, VaultGroup has grown from a start-up to a 40+ person business that has prevented or minimised loss in its clients stores more than 600 times.

Gewer believes the company’s new PackVault product is ideally placed to capitalise on the ‘next big thing’ in retail, click and collect. Consumers order and pay for their goods online, then collect them from a secure locker using a one-time pin or a QR code.

“Retailers are in a tough place right now. The cost of acquisitions and getting product into clients’ hands is too high. Covid-19 is keeping people out of the malls. Most of all, consumers want a different experience. Click & Collect gives consumers the convenience they want, while still offering mall owners and retailers the opportunity to get people into the malls, and do a potential upsell,” says Gewer.