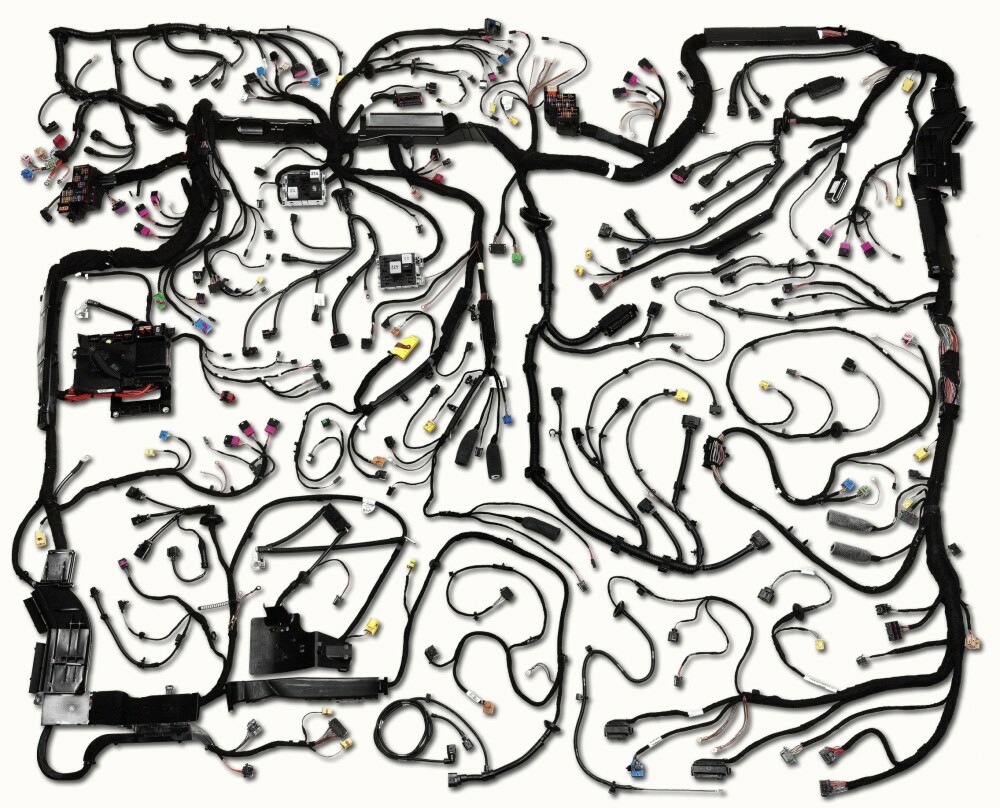 The car industry has been reeling for the past two years. First there were the Covid-19-triggered lockdowns, which disrupted countless businesses and their supply chains due to the shutdown of factories and ports. That was followed by microchip shortages that have impeded car manufacturers’ outputs… Many had to cut 10% to 20% of their production because they couldn’t get hold of enough of these tiny – but vital – components. The global car market was in a tailspin.

Recently, it looked like things were returning to normal; the chip shortage was easing and carmakers were looking forward to some sort of stability, until Russian troops invaded Ukraine. Another tailspin!

At the heart of the problem lies a decidedly unsexy automotive part known as the wiring harness. Modern cars contain kilometres of wiring (especially those equipped with a lot of technology). The wiring harness holds and guides the wires to where they need to go. When the rest of the car is stripped away, it looks like the human body’s system of veins or nerves – wiring goes everywhere.

In the greater scheme of things, it’s not a particularly high-tech piece of equipment, so why is it so important? The problem with the wiring harness is that it is custom-designed for each car model. It needs to twist and turn around each respective car’s tightly-packed components – sometimes with  the finest of clearances. The harness for a Volkswagen Tiguan can’t simply be used in a Touareg.

Now, here’s the problem: Ukraine manufactures a large portion of Europe’s wiring harnesses and, because of the crisis, those components are either not being produced, or cannot be exported.

Michael Jacks, director in European automotive research at BofA Securities, estimates that 30% of European wire harnesses are sourced from Ukraine, and notes that various other supply shocks accompany the crisis. Russia is a major supplier of many of the raw materials needed in cars – aluminium, palladium and nickel, of which prices had already risen sharply before the invasion.

Jacks says that the share prices of European car manufacturers appear to be factoring in a 10% drop in revenues for the next year. Indeed, Europe’s car manufacturers are facing another bleak season. VW and BMW have already halted production at some plants. Others will likely follow.

What does this mean for the South African car market?

We will feel the pain too, but it will be unevenly spread. European car brands will be hit the hardest by the wiring-harness shortage, while some Asian car brands might be largely unaffected. However, the higher prices of those metals will drive up manufacturers’ production costs across the board.

In new cars, expect rising prices, continued shortages and, therefore, long waiting periods for stock. Manufacturers are scrambling to find supplies elsewhere, but for some models this will take longer than for others. Luxury cars, with high-technology (i.e. extensive wiring), will likely suffer the most and South Africa’s top-selling luxury brands – BMW, Mercedes Benz and Audi – are European.

On the used-car front, the impact of the Covid-19 pandemic has already caused an unprecedented shortage of used cars. Vehicles’ market values normally drop as they get older, but used-car prices have, if fact, risen. The getWorth/Cars.co.za like-for-like used-car price index shows this effect.

Jamie Surkont, CEO of car-pricing experts getWorth, says: “After Covid-19 hit, the supply of new cars dried up, which caused buyers to migrate from new to used. At the same time, travel bans devastated the rental car industry, which severely reduced the flow of ex-rental cars into the market.

“The result was that there were more buyers chasing fewer cars. Inevitably, that pushed prices up. These are strong forces – the normal trend over a two-year period would be for like-for-like prices to drop by around 10% – instead, they have risen by that percentage.

“We were expecting to see a normalisation in the used-car market in 2022, with a return to the longer-term price trends. This latest supply shock might mean continued rising prices, at least in certain market segments. Add in the potential for large fuel-price hikes, and we’re in for another volatile year.”

Hannes Oosthuizen, Cars.co.za’s consumer experience manager, points to a recent Cars.co.za analysis of consumer interest in car brands in South Africa, which showed an increase in demand (based on the number of enquiries submitted via the motoring portal) for specific Asian car brands.

“Toyota remains the dominant player and Suzuki has gained a strong foothold locally, but the brands that are on the move hail from China. Haval and, more recently, Chery, have launched attractive, well-priced models that are not only in demand on new-car sales floors, but as used vehicles too.

“Despite being launched only about a year ago, the Haval Jolion was the highest-placed new entry on the used-car enquiry list – based on leads submitted on vehicles stocked on Cars.co.za.”

All these factors will likely combine to accelerate the inevitable change of the South African automotive landscape.

“Based on our recent research, the German premium brands are already starting to slip a little in terms of popularity in the used-car space,” says Oosthuizen.

“In these trying times, value for money is more important than ever before, but so is vehicle availability. At the moment, the Asian car brands appear to have the edge in both respects.”

Continue Reading
You may also like...
Related Topics:cars, featured, gadgetwheels