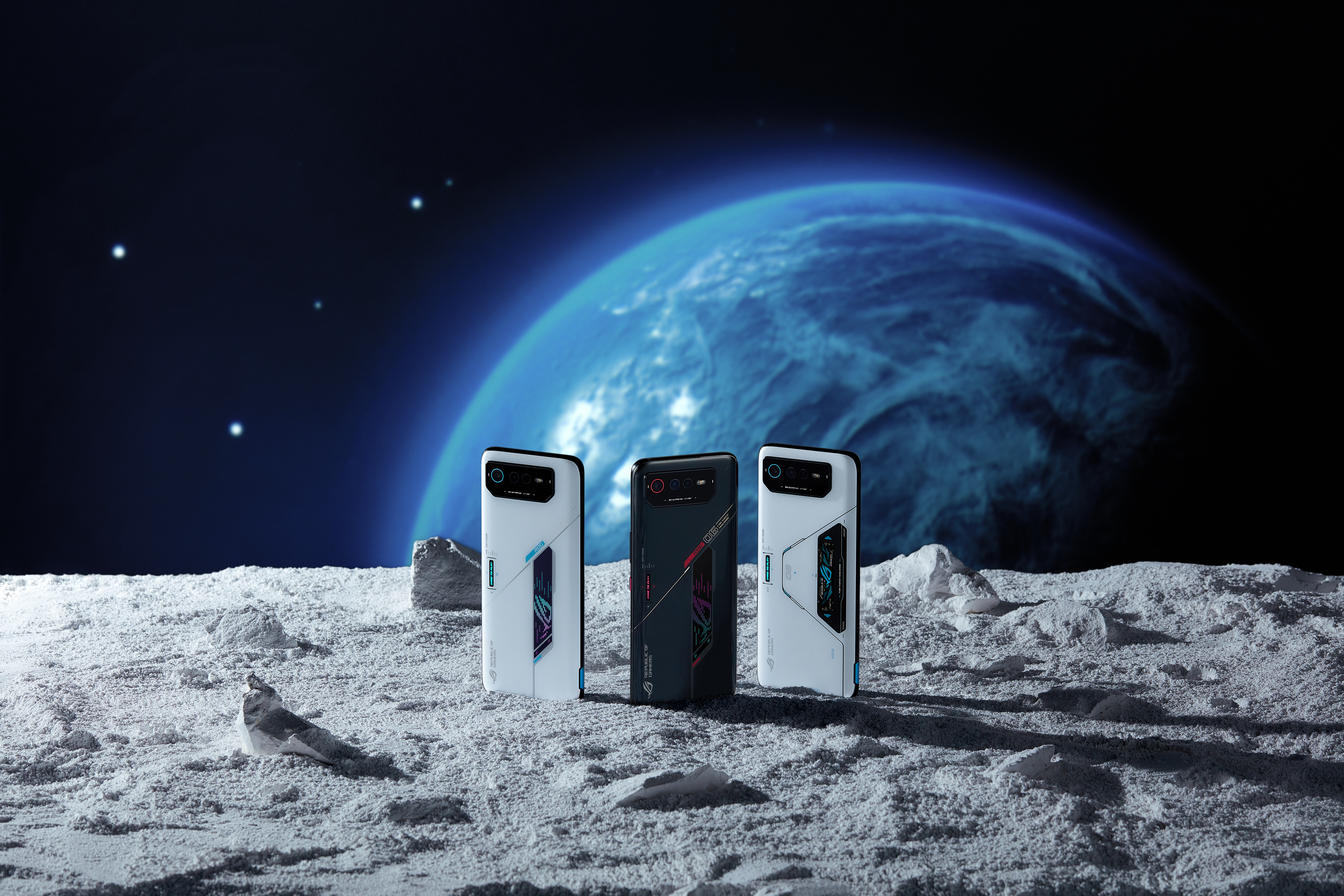 The ROG Phone 6 series includes the ROG Phone 6 and the ROG Phone 6 Pro, the most powerful ROG Phones ever made. They are powered by the latest flagship Snapdragon 8+ Gen 1 Mobile Platform with up to 3.2 GHz CPU clock speeds, up to 18 GB of LPDDR5 RAM, and up to 512 GB of storage. The upgraded GameCool 6 cooling system features novel 360° CPU cooling technology to unleash maximum sustained performance. A 6000 mAh battery capacity provides extended battery life for long game sessions.

The ROG Phone 6 series is powered by the latest flagship Snapdragon 8+ Gen 1 Mobile Platform, a premier-tier powerhouse that delivers power and performance enhancements for a boost across all on-device experiences. The Snapdragon 8+ Gen 1 offers amped-up gameplay — unleashed with the full suite of Snapdragon Elite Gaming features plus an improved Qualcomm Adreno GPU — delivering a more than 50% performance improvement when compared to the Snapdragon 888 that powered the ROG Phone 5. The device is backed by up to 18 GB of LPDDR5 RAM and up to 512 GB of storage, for the most reliable and stable gaming experience.

The upgraded GameCool 6 cooling system includes 360° CPU cooling technology, a 30% larger vapour chamber and 85% larger graphite sheets, along with a centered-CPU design to increase heat dissipation from the core. Combined with the new performance manager in Armoury Crate, the ROG Phone 6 series allows gamers to tune performance settings for different games, giving them a competitive edge in most gaming scenarios.

For ultra-smooth and ultra-responsive gaming visuals, the ROG Phone 6 series is equipped with a 6.78-inch 165 Hz AMOLED HDR10+ display with an industry-leading 720 Hz touch-sampling rate and a world-beating 23 ms ultra-low touch latency. This astonishing display can be set to 60 Hz, 90 Hz, 120 Hz, 144 Hz, or 165 Hz for an unparalleled gaming experience. The visuals are tuned in collaboration with leading visual-processing company Pixelworks for world-beating colour accuracy.

For even more advanced control possibilities, the AirTrigger 6 has been significantly upgraded. The ultrasonic sensors fully support various gestures, including new features such as Dual Action, Press and Lift, and Gyroscope Aiming.

The Asus ROG Phone 6 is expected to launch in South Africa in September, pending regulator approval. Local pricing will be shared closer to the launch date. Asus says there is no plan to bring in the accessories alongside devices at this stage.

Continue Reading
You may also like...
Related Topics:Asus, product of the day